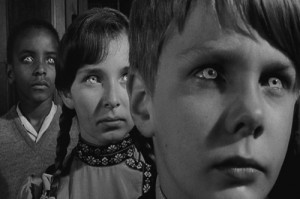 My nephew is five years old and like all children of that age and era, is obsessed with Barney The Purple Dinosaur. One weekend I visit him with a gift: A purple rabbit’s foot I’d gotten with skeeball coupons in Coney Island. “What is it?” he asks as I hold it out to him.

“It’s Barney’s thumb,” I tell him. “Squeeze it and you can feel his bones.”

My nephew takes it. The fur is deceptively soft in his hands. He squeezes it and the color drains from his face. He runs inside the house, screaming in terror. He returns a few minutes later, wiping the tears from his face. “My mom says it’s just a rabbit’s foot,” he says defiantly.

“Really?” I ask. “Have you ever seen a purple rabbit?” He begins to cry again and runs back in the house.

Ten minutes later he’s back, his little lower lip jutting angrily. “I just saw Barney on TV,” he says. “He has his thumb.” At the time, I am working in video production. We’ve talked about my job in the past, and I again remind him that programs like Barney are filmed a while ago, then shown on television or videotape for years after. He listens carefully and considers these facts.

‘Well,” I begin, “some friends and I were out at a bar the other night, and Barney comes in drunk and starts acting tough and talking shit.” I go on to explain how we’d finally had enough of his asshole purple dinosaur crap; a friend of mine hit Barney across the back of his head with a pool cue and knocked him silly. While he was unconscious on the barroom floor, I sawed off his thumb with a steak knife. I did it not only because Barney was being a drunken dick, but because I knew how much my nephew would want that thumb.

My nephew’s eyes widen as he now strokes the purple fur. “Wow,” he says. “I’m the only person in the world who has this.” He gives me a big hug and runs back inside, this time screaming with delight. “Hey mom!” he yells. “I have Barney’s thumb!”

On Monday morning, he will proudly bring it into pre-school for show & tell. He will tell his class the story of a shit-talking drunk Barney, the pool cue to his skull and his uncle’s steak knife surgery. He will then insist it be passed around the room. “Squeeze it,” he tells them, “and you can feel his bones.” Many children run from the classroom screaming in terror.

I am four years old. It is summertime, and I am walking to the beach. I wait to cross the busy street to the boardwalk then down to the sand. The sound of big cars passing mixes with the cry of gulls. I can smell the ocean and see the multi-colored pennants flapping in the wind over the miniature golf. My older cousin is holding my hand and I feel its warmth. The sun is bright. From a nearby porch, a transistor radio begins to play “Walk Away Renee”. For the first time ever, I am aware of all my senses being simultaneously alive. It is a moment forever frozen in my memory, a snapshot so vivid that hearing the song even today can inexplicably make me weep.

The elevator door opens on the tenth floor, revealing the six-year-old girl and her pink bicycle. Behind her is a friend with a pink bike of her own. The first girl rolls the front of her pink bike tire into the elevator and stops.

“My friend and I want to take our bikes downstairs,” she says firmly. “You have to get off the elevator now.”

Certainly I am ready to let these girls and their bikes squeeze in, and would have, in fact, helped them. But I know this girl; her parents are notorious building assholes who order around the building staff as if they are disobedient servants. They’re rude, unfriendly and overall unpleasant. Their children – the girl and her younger brother – are known for their loud and public tantrums. And now their daughter is ordering me off the elevator.

I stand there stunned. Somehow, this little girl has traded her innate sweetness for something darkly sour. Certainly, her parents have made the trade for her, their gift to their daughter being an arrogant sense of entitlement that she wields with impunity she can’t possibly understand. Why, I silently ask myself, would a loving parent willfully replace innocence with malice? I look into her cold eyes and see the irreparable damage that has been done to one so young. I suddenly feel deeply sorry for the child. But only up to a point.

The elevator buzzer begins ringing. “We’re waiting for you to get out now, please,” she says impatiently.

I raise my foot and firmly shove her pink tire out of the elevator. Then I smile sweetly as the doors close on her pissed-off little face.

As a boy, I lived at the base of a hill near an open field. I spent most of my days alone in this field, exploring its grasses and trees and flowers and insects. Throughout my childhood, I had recurring nightmares in which I encounter a high fence newly constructed at the field’s edge. I grip the chain links in panic, looking down at the house I can plainly see but am unable to reach. In my just as frequent dreams, I reach the fence but discover that I am able to fly. My home no longer matters, and I fly away.

A beloved ex-girlfriend comes to town with her 7-year-old son. She has a work emergency and asks if I wouldn’t mind taking care of Joe on Saturday afternoon. I don’t mind at all; Joe likes that I can talk about The Three Stooges and subway trains and I like that he’s a smart, thoughtful kid who sees me as a cool adult he can trust. We both really like that he calls me ‘Uncle Gary’. We spend the day climbing rocks in Central Park and gawking at the flashing signs in Times Square before visiting The Museum of Natural History. Around 4PM a change begins to come over Joe, the kind of transformation that would happen to any jetlagged kid who has been running all over the city and was too excited to eat his lunch at the diner. He didn’t whine or cry for his mother; Joe had suddenly become so tired and cranky that he didn’t know what he wanted.

I’d promised him that we could end our day at my apartment playing videogames. “C’mon, Joe,” I said to him, “We’ll take a cab to my house, get you something to eat and fire up the Playstation.” Joe’s eyes are glassy and his surroundings unfamiliar. “Let’s go, buddy,” I say as I take his hand and lead him across the sidewalk. The cab I’ve hailed pulls to the curb. I open the door, but Joe will not budge.

“I don’t want to go!” he unexpectedly screams. Passerby swivel their heads to look. I begin to gently pull him towards the open cab door. “I don’t want to go home with you!” he yells. “I don’t believe that you have Playstation. And you’re not really my uncle!”  These last parts he screams particularly loudly. Parents pushing strollers stop in shock. I shove Joe into the cab. As we pull away, I see several people frantically dialing their cell phones.

Fifteen minutes later, Joe is on my couch happily drinking from a juice box and playing Playstation. I stand at the window peering through the blinds, watching the police cars slowly circle the block.

My father had a small butcher shop, and would use our family station wagon for his early morning visits to the slaughterhouse. Though he would carefully lay the freshly killed meat on thick brown butcher paper, our car would always have a slightly sweet odor. On long family car trips to visit relatives, I would insist on riding in the back where the smell was strongest. If it were daytime I would shut out the constant screaming and squabbling by losing myself in one of my ever-present books, my fingers idly picking at pools of dried blood. If it were night, I would lie on my back staring up through the window into the dark sky and pretend I was traveling through space. By day or night, either spell would only be broken by pulling into the driveway of our house. Climbing out of the car, the fresh air made promises I knew it could never keep.

I am in Los Angeles on business and staying with longtime friends. I’m asleep in their guest room when just before dawn I open my eyes to see my 4-year-old godson standing next to my bed holding his stuffed tiger. “What’s up, buddy?” I ask softly.

“You don’t have anything to sleep with,” he whispers. “So I wanted you to have my kitty.” He tucks the tiger under my arm and tiptoes back to his room. It is perhaps the purest expression of love I’ve ever experienced in my life. I hug the stuffed tiger and drift back to sleep smiling.

Two hours later at the kitchen table, I tell him to eat up or he’ll be late for preschool. He points his plastic cereal spoon at me and narrows his eyes. “Know what?” he says. “I hate you.”

Miles Afuera lives and writes in New York City. Clearly, he has no children of his own.