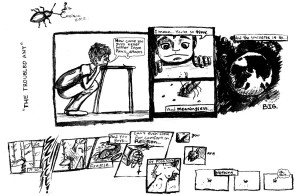 Howdy Fanboys and Fangirls. For the past year La Cuadra has had the great fortune of meeting and working with the artist Luis De León Diaz. Luis hails from Guatemala City and has been working for us since, literally, before we knew him. Sometime in the Spring of 2012, Luis dropped off a cartoon with our friend Carlos at Dyslexia Books. He hoped we might use it in the magazine, and asked that our editors contact him. Sadly, in the great hustle and bustle of bookstore business, his phone number and contact information was utterly lost. We loved the work, and held off publishing for a few issues hoping he’d come back in and at least let us ask his name. But no luck. So we figured one way to find him was to just go ahead and print what he had left and hope he tracked us down once he saw it on the streets of Antigua.

The plot worked like a charm, and since that time, he’s been taking on more and more challenges, including a full-page cartoon in each issue. He’s also helping us out with his creative eye on in-story images, more of which will be featured in our upcoming editions.

We’re happy as well-drawn clams that Luis found us, and we’d all love it if you checked out his work in this new gallery.

We’ll be adding more work as it comes in.

Luis tweets here: titus23, follow him to the ends of the Earth.

More of his work for La Cuadra can be found here, and to follow him on Facebook, head on over this way. 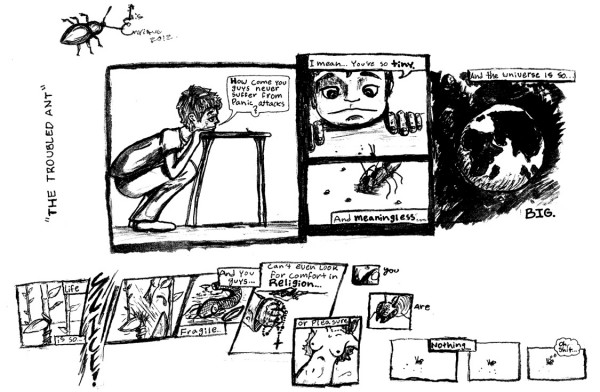 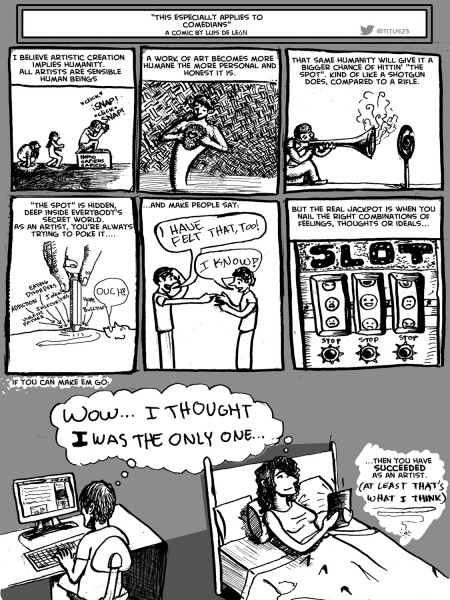 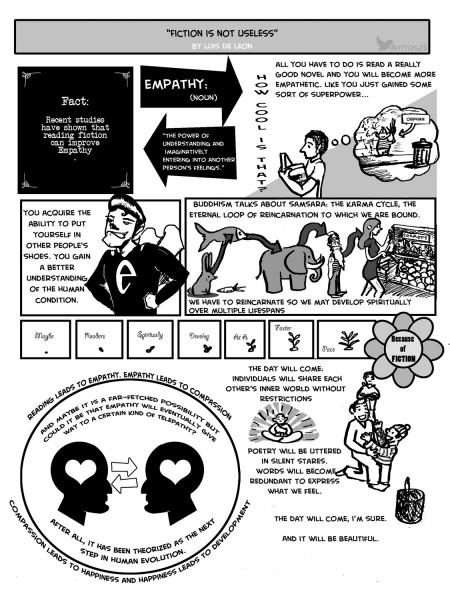 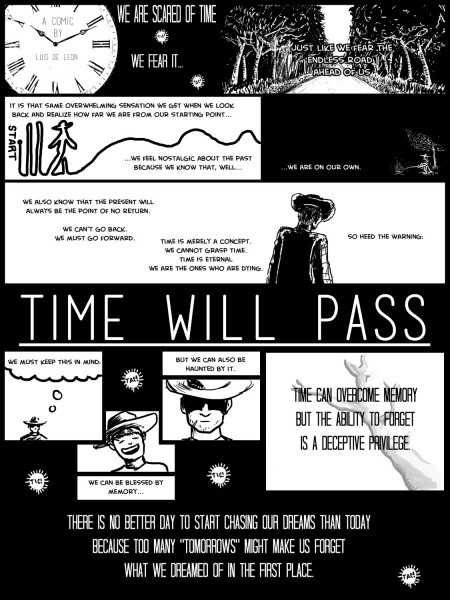