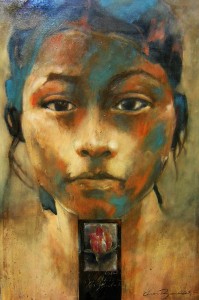 something of an unearthed memory that the viewer recognizes both as their own and yet fully apart from their experiences. We recognize the faces, and the way the colors fall within them, as if they are our ancestors, while at the same time knowing that they are not. For many in his audience, the subjects of his images are brothers and sisters of a very distant branch on the grand and beautiful family tree. So why do they seem so familiar?

As noted by an earlier reviewer of his work, Silvia Herrera, the faces Barrios paints “chase the image” of the subject that inspired the work. That may be the key.

While representational, these images are also deeply suggestive of the emotional ties that unite us all. The paintings, be they watercolors or oils, “chase” the deeper truths of what it is to be human. In them we see deep melancholy, a reverence for a past long gone, and yet still living in our most silent and cloistered inner chambers. We witness an adoration of the beauty that resides within – and gives form to – all life, be it our own or the fading representational color of the plucked flower or the bird on the wing. These are the stones his work touches, and these are the stones he makes sing in a harmony beyond the mundane.

Surely, there are as many uniting themes of our collective existence less beautiful – avarice, hoarding, anger and hatred. And as such, Barrios’ work points us to the inherency of the choice: In what light shall we see one another? 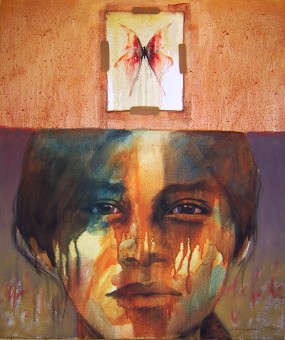 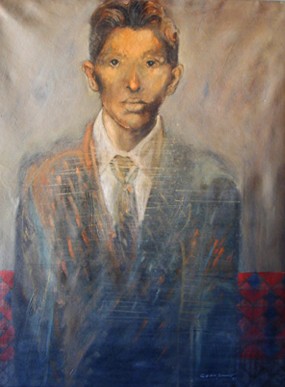 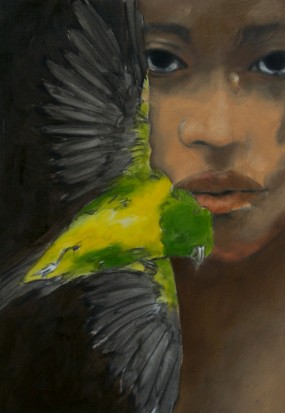 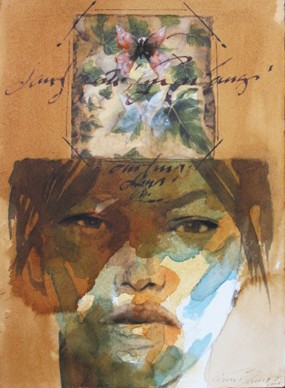 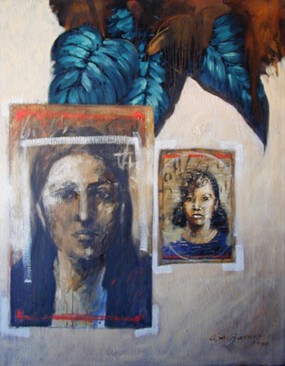