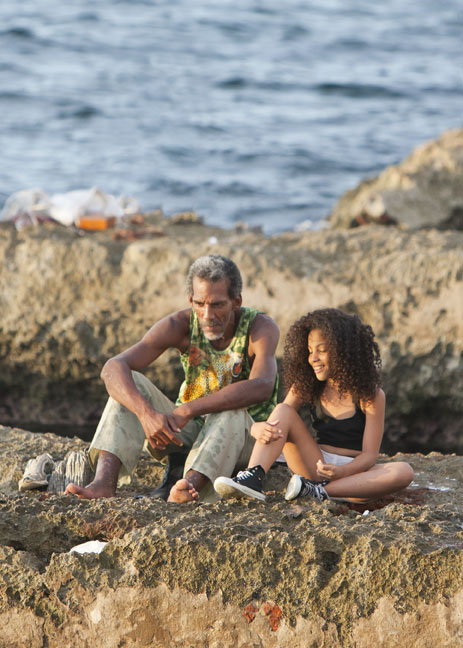 Cuba, Havana Vieja, people bathing by the Malecon at Sunset