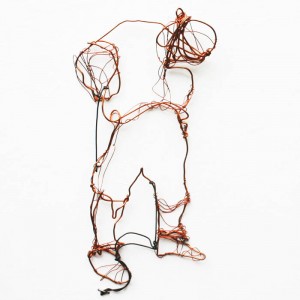 Ricardo Castillo’s “Allegories of a Bad Conscience,” currently on display at La Antigua Galería del Arte, is a minimalist exploration of the power of line in classic works of Western Art. Through its grace and power, Castillo’s work resurrects the intensity of images that have become iconic – and as such, denuded of their initial force. By doing so, the artist adds to the power of the visual and ruminative experience.

Castillo’s technique, known as alambre, requires the manipulation of metal wire to achieve a representational likeness of the original form. Presented here are several alambres that use Picasso, de Goya and Magritte as their source and inspiration.

Castillo explains that his choice of de Goya’s Third of May and Picasso’s Guernica is because they deliberately approach the theme of human violence and brutality. By emphasizing the linear form of the characters in each tableau, Castillo asks his viewer, inversely, to consider the completeness of the barbarism represented. If we just see the image we remember, we miss the point.

While his use of Magritte may seem more whimsical, Castillo’s alambres refocus the viewer on Magritte’s original intent. No, it is not a pipe. It is an alambre of a painting of a pipe – yet, it is a fully formed artistic notion, leaning into the past while looking forward to a new interpretation and understanding of human perceptions.

Mr. Castillo lives and works in Bogota, Colombia where he is a Professor of Fine Arts. 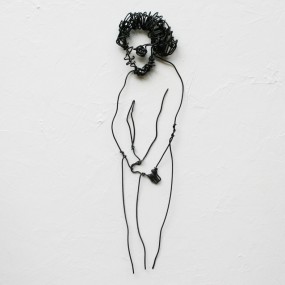 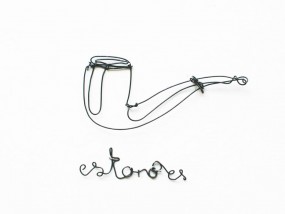 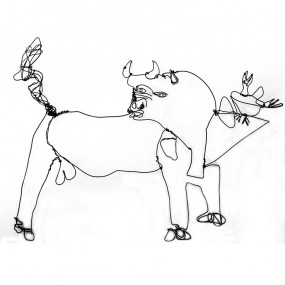 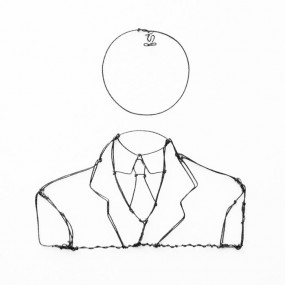 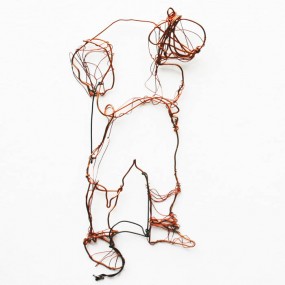 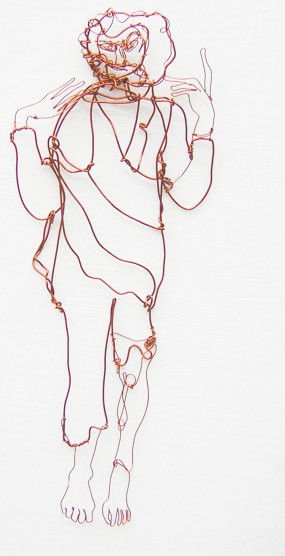 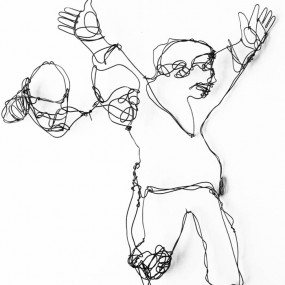 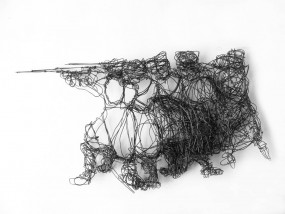