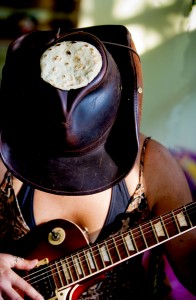 There a difference between a town with great music and a town with a great music scene. This might be overstating it a bit, and I’m no musicologist, but it seems that the difference is that a “music scene” is more than just half a dozen great bands with options on where to dance and get soused 7 nights a week; it’s a self-reinforcing and self-transcending phenomenon, and one in which the artists feed off the energy of the others without losing their own sense of individual creativity and passion.

It’s an amazing thing when it happens, but it doesn’t happen often because of the hard work that must go into creating the living networks between the bands, bars, venues, artists and audiences. To achieve the self-sustaining part of the scene requires a sensitive series of successive actions – made more complex by the realities that any local amalgam of musicians will, as a rule, contain more than its fair share of divas and straight-up crazyheads.

In that regard, Antigua sure as hell ain’t an exception.

And yet, in the past few months a collective of artists, following the lead of the enigmatically named Jueves, a card-carrying kazooist of the first order, managed to unite, in his words, “the fires of the different tribes in our musical community into a great flame.”

And through the work he helped to orchestrate, La Tortilla, The Antigua All Stars, was born.

Normally such hippie talk leaves the editorial board of La Cuadra less than impressed, but Jueves and his band of merry minstrels has actually pulled off something amazing. They’ve given Antigua the right to proclaim itself as a town with an honest to Godsmack music scene.

Jueves didn’t do this alone, and he’d be the first one to tell you that. La Tortilla is the result of a remarkable level of cooperation between musicians, recording engineers, visual artists and patrons. Jueves acknowledges that he may be the head of this thing, but it’s takes a whole body to sing.

The idea to try and “unite the flames” actually grew after Jueves had shared a few beers with an Aussie engineer – mechanical not a musical, strangely enough – named Corrina Grace.