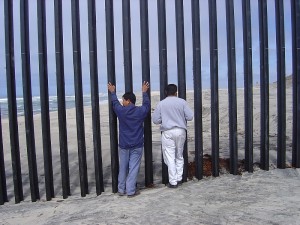 Despite all the projects — sustainable agriculture and nontraditional exports; marketing cooperatives; a veterinary association and village pharmacies; a model justice center with legal aid, mediators, translators, and sociologists to resuscitate traditional community law; food supplements and education for mothers and small children; medical teams from the United States and Cuba — how many times have I heard young Ixils lament that none of these organizations really help them?

If we look at Nebaj as an economy of desires and attempts to meet those desires, it is apparent that what Ixils want has changed dramatically over the past 50 years. Because they are Native Americans, international donors would like to believe that they are guardians of the earth, keepers of ancient wisdom, faithful defenders of their traditions. There are Ixils who fit this description; many do not. About their culture Ixils tend to feel the way that Americans like myself feel about the 1950s. Sometimes we are nostalgic about the 1950s; sometimes we are not. Getting drunk in honor of the saints, subsisting on diets of maize and beans, living in dank adobe houses — Ixils have good reasons to abandon many of their traditional ways. They are proud of who they are and where they come from, but they are also eager for the bright lights of modernity, the creature comforts that they see on television and that they can attain only by abandoning many of the traditions that make them attractive to tourists.

When international donors fell in love with Nebaj, they took on a mission with no foreseeable end. Before the war, most Ixils engaged in below-subsistence farming in which they made up for their land shortage by migrating to coastal plantations for several months a year. The majority of Ixil children did not attend school, and most Ixils lived and died without modern medical care. Their self-sufficiency ended when the army burned down their farmsteads in the early 1980s. The majority of Ixils became refugees and learned how to stand in line for rations. They also learned that an array of instituciones could be petitioned for an array of needs. “¿Que proyecto trae?” (What project do you bring?) became an acceptable opener with foreigners. As for all those aid agencies, they could hardly confine themselves to restoring the status quo. Before the war the majority of Ixils lived in huts without running water, latrines, and electricity, so all these necessities of modern life would have to be provided for the first time. Moreover, because Ixil women still bear an average of six children who begin reproducing in adolescence, every year Ixils start hundreds of new households. Therefore every year some combination of government agencies and donors is being petitioned to finance modern housing, electricity, potable water, roads, schools, and health care for the equivalent of several new villages sprouting across the landscape.

Aren’t development projects supposed to help people become self-sufficient? Aren’t they supposed to generate new sources of income? Dozens of Nebaj projects have tried to do just that. There have been successes, such as two associations that enable coffee growers to sell their crop at higher prices. Farmers in favorable microclimates are producing new exports such as French beans. But most Ixils do not have the right kind of land for such strategies. Even if the area’s remaining large holdings were broken up (and many already have been), small cultivators would still not have enough land to become self sufficient. According to a study by French agronomists, Ixil country is too steep and has too little soil to provide the agricultural income needed to power the area’s development (Aubry and Servadio, 2004). What about factories? Maquiladoras across Central America are struggling against low-wage competition from China. As for retail commerce, every category has multiplied to the point of saturation. So has motor transport — the streets are clogged with vehicles whose owners barely make their monthly payments. Artisan production such as furniture and textiles provides employment but not of the kind that satisfies aspiring consumers. None of these endeavors can absorb the tens of thousands of Ixil youth without enough land to live by farming. As a result, Nebaj’s most important product, its principal industry, continues to be the export of surplus labor.

In the 1990s the aid agencies introduced the gospel of microcredit — why not just loan the Nebajenses money? This would avoid the many accountability problems of communal projects and enable each household to devise its own solutions. Loaning money seemed like such a good idea that, by 2008, Nebajenses could borrow from at least twenty-three different projects, microcredit agencies, savings–and-loans, and banks. One problem to which the lenders didn’t give enough attention was, exactly what were Nebajenses going to do with all that credit? Presumably they were going to become bold entrepreneurs, which is why Nebaj now features hundreds of retail outlets without enough customers.

Opening modest lines of credit to Nebajenses was a good idea. But pumping large amounts of credit into a crowded mountain environment with few agricultural or industrial possibilities was, in retrospect, not such a good idea. No one has been able to come up with a game plan for turning Nebaj into a high-productivity consumer economy. The most exportable commodity that Nebaj produces is labor. And so many Nebajenses had a better idea — why not invest my loans in exporting the single product that I possess in abundance to a distant market where this product will be in demand? And so Nebajenses exported themselves to the United States. Me urge ir a los Estados Unidos, men told their wives. And so the Nebajenses joined an estimated 1.5 million Guatemalans who are now in the United States, the majority without legal authorization.

All but a handful of Nebajenses — a spouse, a college student, a diplomatic employee — have gone to the United States illegally. Only a few more have been able to obtain tourist visas. From many swindles and robberies in Mexico, Nebajenses have learned that they must pay Q40,000–Q45,000 to human smugglers, typically from the neighboring department of Huehuetenango, who deliver them to Mexican smugglers based in Chiapas. At 7.8 quetzals to the dollar, each trip costs more than US$5,000. Typically Nebajenses are walked or floated across the Guatemalan/Mexican border, then driven or shipped in containers as far as Altar, Sonora, and then walked across the Arizona desert to safe houses in Phoenix, where they are detained until a relative or moneylender wires the balance to a Mexican bank.