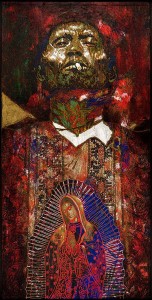 After 30 odd, very odd I might add, years of drinking tequila and mezcal I have managed to emerge relatively unscathed. Yes, there was the night in New York back in 1979 that led to the morning where I awoke in the apartment and bed of a “female” Scottish weightlifter. We met in a bar called the West End which had been a haunt of Kerouac and Ginsberg and Burroughs in the early 1940s. I do not recall much of the meeting except that another friend had brought a tray of mezcal shots to the table and intoned, “It is time to abandon all better judgment.”

Apparently I did.  Somehow I ended up in bed with this woman who I was later to fondly refer to as a wildebeest. I also remember that her arms were bigger than my scrawny torso and her brogue was as boggy as her breath.

Assorted dumbbells (myself included) littered the Scottish weightlifter’s bedroom to such an extent that during my escape, I tripped over one, and again found myself in her clutches — and for far more frightening hours than I care to remember.

And yes, there was the time in Mississippi in ’85 when I drank a bottle of tequila and went home with the first cousin of my then girlfriend, Melissa.  There’s the expression down south: Southern girls don’t cry; they get even. This was proven when my indiscretion was discovered the next day and the lovely Melissa proceeded to unload eight shotgun rounds into my Chevy Impala while I cowered behind a giant oak.

I won’t even mention the time that I somehow drove a beautiful red Delta 88 convertible off a low bridge in Destin, Florida – without killing anybody except the car.  By chance, and unbeknownst to me, I had been drinking with the Chief of Police earlier that evening and had bought both of us rounds and rounds of mezcal. I was fished out of the water and brought to the police station where the chief was now playing strip poker with two overly-tanned and bleach blonde floozies. He was losing and the sight was not pretty. We acknowledged each other like winking conspirators. Later a report was filed that the car’s front left tire had a blowout and the driver was in no way impaired by alcohol.

But, it seems that over the years, as my consumption of tequila and mezcal increases – lest there be any doubt, I do have a drinking problem – that in fact, if anything, the mishaps and near fatalities have decreased.  I have gone to the doctor and have had my liver checked. It is in fine shape. My eyes are not yellow; nor do my hands shake.  It is safe to say that we three, mezcal, tequila and I, are compatible. We like each other and treat one another well. I am their biggest fan, and like the president of any fan club I gather around me those of a like bent – itinerant fools, knights errant, quixotic narcoleptics, spontaneous combustors – all with a penchant for spirits distilled of agave, and a deep sense that they were born perhaps in the wrong century — and definitely the wrong country.  It does not hurt that I own a Tequila Bar here in Antigua and can play high priest to these demented and fermented acolytes. It also does not hurt that a couple of friends and I produce a brand of mezcal (ILEGAL-MEZCAL), which we “import” from Oaxaca, Mexico into Guatemala.

Which, by way of nothing, brings us to Keith Richards, who, not long ago, was reported to have snorted the ashes of his dead father mixed with cocaine.

Shortly after reading about this I clicked on my lap-top and went to Google Images to see some photos of Keith. There was no real point to this, but as you will see, perhaps some black magic or divine intervention was at play. While scrolling through pictures of Keith in various craggy incarnations as the lead guitarist for the Rolling Stones, I came across a painting of him, an odd painting.  Keith was wearing a black cape, a black hat, under which seemed to be a crown of thorns. His arms were outstretched, his palms up, and his head tilted back. There was a cigarette in his mouth. Flanking his sides were other men, Mexican campesinos perhaps, in fuzzy outlines. It was Keith Richards as Maximón, or so it seemed. The painting had the essence of what I wanted for an ad for our mezcal: the dark and radiant soul of Mexico; Catholic imagery (both crucifixion and Lazarus rising from the dead); the face of the most diehard and debauched rock legend – and it beckoned.  I was seduced.