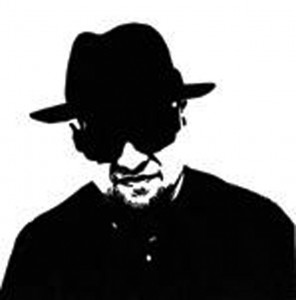 George Yepes earned a degree from California State University, Los Angeles, in business administration. He also took painting classes at East Los Angeles City College and worked both as an accountant and a muralist.

Yepes is a former member of East Los Streetscapers, a group of mural painters active from 1979 to 1985. He has exhibited in 12 solo and 45 group shows at venues that have included the Los Angeles County Museum of Art and the Sitges-Barcelona Olympics Exhibit. He has designed more than 30 public murals as well as an album cover for Los Lobos, a Grammy Award-winning music group from East Los Angeles. Yepes established the Academia de Arte Yepes, the first free mural academy for young students in Los Angeles.  For more info, visit www.georgeyepes.com 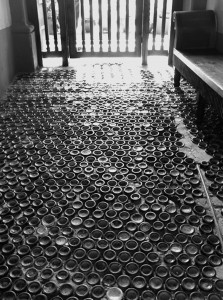 Na Bolom is an interactive complex that houses a museum, cultural centre, guest house, restaurant, artisan center and research facilities in an historic monument originally built to house a religious seminary in 1898. The center  operates with a multinational staff of 35 people and an international volunteer program.

It is located in San Cristóbal de las Casas, Chiapas.

The photograph is a small sampling of the many, many mescal bottles Frans knocked back in his time there.  It is clear to us that he was a man who knew how to live as a friend to the Agave.