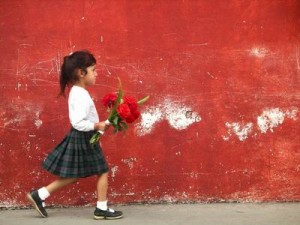 As more women gained access to contraceptives and legal abortion, and the stigma of unwed pregnancy lessened, fewer American women placed their babies for adoption, and those who did had more power to get what they wanted, including knowing their children’s fate. Today, almost no American woman deciding on adoption seeks anonymity; roughly 90 percent of mothers have met their children’s adoptive parents, and most helped choose them. Research shows that such arrangements result in less grief for the birth parents and many benefits for adoptees.

Yet the vast majority of transnational (also called international and intercountry) adoptions remain closed-and it’s widely understood that this appeals to some adoptive parents. “It’s about entitlement and ownership,” says Marley Greiner, the executive chair of the activist adoptee group Bastard Nation. “When you read the adoption boards online, it seems like parents go overseas because they don’t want some pesky birth mother or relative showing up.”

In fact, while we’ve belatedly acknowledged the trauma of American women who were forced to surrender their children, birth families abroad have remained shrouded in mystery, allowing parents and professionals to invent the narrative that best suits them. “Practitioners 20 years ago assumed we were rescued from these horrific nations and would never go back,” says McGinnis, who was adopted from Korea when she was three and has been in touch with her Korean family for more than a decade. And while many adoptees won’t want to meet their birth families, she notes, virtually all would like basic information about their background. “We grow up in environments where it is so much about your dna, it’s quite natural for adopted people to feel excluded because we don’t have that basic human right.”

The right to background information is laid out in a little-noticed provision in the 1993 Hague Convention on Intercountry Adoption, which 74 countries have signed. If the U.S. Senate finally ratifies the treaty this winter, as expected, the transnational adoption landscape may change. Already, Children’s Home Society and Family Services of Minnesota, one of America’s most prominent adoption agencies, has shifted to advocating openness and helps with birth family searches in Guatemala, Korea, Colombia, and Peru.

Still, the treaty’s provisions are nonbinding, and parents who prefer closed adoptions will be able to arrange for one. And while celebrities’ forays into transnational adoptions bring on the occasional ethics complaint, there’s no sign of a broader debate. “It’s absurd on some level,” says open-adoption pioneer Campbell. “Every day, parents look into the face of their child and they see a different race and a different ethnicity. And yet, they compartmentalize that truth and deem it unimportant. Why aren’t the movie stars talking about the birth parents of their kids and modeling the opportunity to do it right?”

Walter and I had tried to do everything right. We’d heard of corrupt adoption lawyers, fly-by-night operators who use online photo listings to lure parents, of baby stealing and baby selling, and of the myriad agencies that offer, for hefty fees, to help Americans bring home a child from some of the world’s poorest countries. We chose one of the largest and most respected, and faithfully attended all the counseling appointments it offered, including a seminar that featured a session with an American birth mother. She clearly loved her son, but said she hadn’t been ready to become a mother. “I’m not his parent,” she told us.

And yet when it came time to choose a program, our agency told us to go with whatever we were comfortable with, as if “open” and “closed” were items on a menu. We asked our social worker about a domestic open adoption; she said that because we already had biological children and were only open to adopting a girl, we wouldn’t be a very compelling family to an American birth mother. We never discussed adopting from the U.S. foster care system or an Eastern European orphanage; we wanted a baby who had never spent an hour in institutionalized care. We also wanted our daughter’s country of origin to be easy to travel to, so we could go there for family vacations.

We did agonize over some moral questions-the potential hardships for a Latina child raised in a white family, the ethics of choosing the sex of our child. At every step, we were reassured that what we were doing was a good and worthy thing. “I think [adoption] is almost an antithesis to oppression,” Kevin Kreutner, a moderator at the support group Guatadopt.com who is in contact with his children’s Guatemalan family, told me. “For people who are given no access to family planning, have an unplanned pregnancy, and can’t raise that child, there is a liberating sense where they can realize that this child will not suffer that same oppression.”

“I just need to know that the child we adopt has no other options,” Walter finally told our social worker. I can’t remember her exact answer, but it was something along the lines of “all these children need families.”

When I later told this to an adoptee-rights advocate, she said the agency should have pursued a discussion that might have dissuaded us from transnational adoption, or led us to a program through which we could sponsor a child to remain with her family. But the truth is I don’t think I would have listened-so absorbed was I in the force of my own wanting.