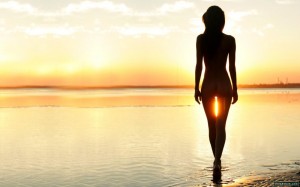 Isabella was a runway model in Poland in the early 1990s. I met her in New York in 1995. She was working in an expensive shoe store in Soho that for years advertised in their window, SALE, TODAY ONLY.

I was walking by the store one afternoon and saw her through the window. I went in.  I was enchanted the moment I met her. For two hours I tried on shoes while we flirted. To justify my overly long stay to her manager (who was well aware of my motives), I eventually bought a pair of insanely expensive shoes, which I had no intention of ever wearing, and never did.

From the neck down Isabella was gorgeous, the kind of gorgeous that made other women, in particular my sisters, instantly hate her. She was coltish and exotic. Yet, she was also feline, of the big game sort. She purred; she certainly scratched and sometimes she clawed.  My brother once remarked at the family dinner table, “She’s stunning. She’s legs from here to Brazil.” To which my father, in his seventies at the time, quickly quipped, “Yeah, and I’d sure like to stop off in Mexico.”

She was beautiful from the neck up, as well. But it was an odd beauty, almost alien. She had high cheekbones, cerulean eyes, full and expressive lips — but they all were just a bit out of place next to a long and bent nose. Her black hair fell to her neck and was always disheveled — making her look either wild and seductive, or like a madwoman.

From one angle her face was aristocratic and beaming, from another, it was somewhat severe and haunted. When her face lit up you were under her spell, when it darkened you felt as though you were with another person entirely, magnetized to someone from whom you should pull away, lest you be dragged into a long tragedy. Then you glanced down at her body and thought, “Fuck it, I’ll weather the storm and pray for sunshine.”

One day Isabelle and I went out east, to the ocean, and spent the day swimming and walking along the shore. As the sun went down we sat huddled together, wrapped in a towel. She told me of her girlhood, growing up in Poland. She told me how food was often rationed, and how there was always the fear that some neighbor was a government informant. She told me how she, her sisters, her two aunts and parents all shared two small rooms.  She told me how, at one point, she had a vitamin deficiency and her hair had begun to fall out. She had developed phobias. She could not even look at eggs. She felt guilty after eating a full meal because she felt like she was taking more than her share.

“We had books,” she said. “Books in Polish, Russian, French and English. We also had a small piano. I learned French and English from my aunt, who was a translator. Education was everything. I read Sienkiewicz, Pushkin, Tolstoy, Shakespeare, Chekov, Hugo, Blake. My sister and I learned to sew and fix things. We learned to play the piano.”

On the drive back to the city she told me about her sister.

“My sister looks like me, but is shorter and her eyes are brown. When we were little we often went to the sea, like we just did now.  When I was thirteen we went to the beach for my birthday and camped out in tents. Later that night I woke up and my sister was not beside me.

“I woke my mother and father and we went looking for her. We found her walking in the sea, heading straight out, she was in a trance, sleepwalking. She was just walking straight forward into the water. We got her back to the tent and dried her off; her eyes were open but she was somewhere else, almost possessed. We watched her all night and in the morning she awoke and did not remember a thing.

“When we got her home my parents took her to a doctor who then sent her to specialists. They diagnosed her with a rare disorder that as far as they know only happens to girls and young women. It is a disorder where the sound of the waves takes over the mind, causing the same mental state as sleep-walking, except the rhythm of the waves breaking on the shore is a calling to the sea, a calling so strong that sometimes those possessed by it will even fight you when you try to stop them. They try to walk into the ocean. They fight to continue walking to their death.

“The doctors said had we not gotten to my sister when we did she surely would have been pulled under and drowned.”

In 1804, the romantic poet William Wordsworth wrote the following lines as a comment on the Industrial Revolution:

The world is too much with us; late and soon,

Getting and spending, we lay waste our powers;

Little we see in Nature that is ours;

We have given our hearts away, a sordid boon!

This Sea that bares her bosom to the moon,

The winds that will be howling at all hours,

For this, for everything, we are out of tune;

I’d rather be a Pagan suckled in a creed outworn;

Have glimpses that would make me less forlorn;

Have sight of Proteus rising from the sea;

A hundred and fifty years later, in a world infinitely more “with us,” Marshall McLuhan, a philosopher of communication theory, made several observations on how this state of hyperconnectedness affects us on a psychic level.

McLuhan’s work was prescient. He predicted the Internet, fifty years before its arrival, and he coined the phrase “the global village,” when many of his contemporaries were still using the term “the Dark Continent.”

His most famous adage was, “The medium is the message.” He meant that the content which passes through a medium has less overall influence on our lives than the medium itself. He was commenting on television in the 1960s, though his observations abide in the current world of tweets, flamewars, blasts, GPS micromarketing and handheld ubiquity. The medium is the message.

McLuhan suggested that the content (the comedy, the news, the sex, the war, the death, the fear, the love, the hope, the gore) of media is like a big, meaty steak that a burglar tosses to distract the guard dog when it enters your home. Once inside? Once access has been established? Once you’ve become plugged in? What then?

It is a disturbing reflection for tomorrow at your desk when you feel compelled, utterly driven, to check Facebook for the fortieth time that afternoon.

McLuhan observed that there is a transitional stage during which we adapt to new technologies, a stage where the overload on our psyche is so strong that we grow numb in order to cope with the overload of sensation and new information. He saw it with television in his time.

It is happening, again. Now.

This numbness protects our central nervous system. And for a time it helps to protect our cultural values by dulling the experience of great change. For many people, these changes bring on a state of, in McLuhan’s words, “rigor mortis,” or a form of waking somnambulism, particularly observable in periods of new technology.

Are we in such a period of collective somnambulism? Are the bread and circuses of our world a peculiar form of sleep? Are we uncritically wandering towards our own demise in a time when we need to be most aware of the death and fear all around us? Might we be better off if we were just a bit more on guard?

The British film and media critic David Thompson recently wrote, “The screen has also distanced us; it has made us feel powerless, helpless and not there.” Instead of us possessing the magic wand, it possesses us. The simulacrum has become the real.

Can’t we just get normal fish?

The road to peace is paved with war.

As information expands, we shrink. The screens grow smaller as they surround us, as they threaten to enter us, ever more intently telling us what is right. And our imaginations atrophy, fearful of offending the collective messages that define the world. We are becoming the distribution network, the appendages of content, receiving no nourishment for our willing enslavement, other than the quick kick of approval in an artificial world.

We know more, but we know how to do less. Attention spans no longer span. As other worlds enter our living room, our own garden withers, untended. We comment, but do not act because the visceral is unknown to us. We take less and less action in the actual world, perhaps because we feel meaningless in this ever-expanding- and-swallowing vastness of unreality.

Out there is the slow and rhythmic, gently-pulsing call that draws us into the impersonal sea. And so we stride forward, numbed, mesmerized in a state of half-wakefulness, until the waves wash over us.

Or perhaps we don’t. Perhaps a skewed, otherworldly beauty who plays the piano and reads Pushkin before turning off the bedroom light will be there to drag us back to shore.

John Rexer is the founder and copublisher of La Cuadra Magazine. More of his work can be read here.

From The Recesses - Middle Men

From The Recesses - God Gives a Wink

An Occurrence on The Wolfe Tone Bridge
By Michael Tallon
Tuesday, March 31st, 2015