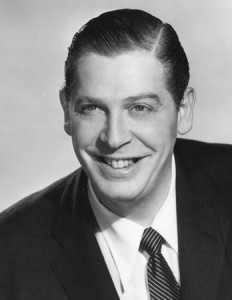 Okay, let’s get this straight, right out of the box: Just because a joke mentions a particular religion, gender, sexual proclivity or race doesn’t mean it’s offensive. And if you think they are, well, fuck you. See, now that’s offensive! It’s important to be able to tell the difference. We learned those rules early on from great comedians, many of them Jewish, like the legendary Milton Berle. And Lenny Bruce. And Don Rickles. And Buddy Hackett. And Morey Amesterdam. And Robert Klein. And Rodney Dangerfield.

Most of these guys made a killing mocking their culture and generally pissing on everything they saw in the world from their mountain perch in the Catskills Mountains – the famed Borscht Belt. And, as all of them performed before the rise of “observational comedians” like George Carlin or… ehhhhgggggg…. Jerry Seinfeld, their acts consisted largely of actual jokes.

Now, since we’ve filled these pages with tales of woe (from broken hearts to broken governments to suicides to violence and mayhem in our host nation) we figured we’d include one of our favorite old jags. Cause sometimes a joke is Just Damn Funny.

And so we bring you one of the many Tales of Moishe and Levy.

One day an old Jewish man is reading a newspaper while sitting on a park bench on Ocean Parkway in Brooklyn, when another old man approaches him, pauses for a second, and stares at the seated gentleman for a moment, scratching his head. Then, hesitantly, he said, “Moishe, is that you?”

The man reading the paper, recognizing the voice, looked up and with tears in his eyes, said, “My Goodness, Levy, is that you?”

He struggles to his feet, the newspaper falling from his hands and blowing away in the wind, and the two men embraced and kissed one another on the cheeks two times.

“Seventy years, if it’s a day, Levy. I haven’t seen you since I’m a boy,” cried Moishe. “Levy, Levy, my old friend, how have the years treated you?”

“Oh, not so bad, Moishe. I’ve got a beautiful wife, and seven kids I have. Nineteen grandchildren. Good business. But, other than that, it’s been a quiet life.”

They both laughed and Levy said to Moishe, “And you, my old friend, tell me of your years.”

Moishe smiled and said, “My wife, god rest her soul, was barren. So I’ve got no children, but I have led an amazing life. I’ve traveled to every country in the world, and I may be the first man in the world to know absolutely everyone.”

As if to emphasize the point, two young black teenagers skateboarded down the avenue calling out, “Moishe! How you doin’, homey?”

Moishe gestured with a “see, I told ya” shrug, and said again to Levy. “I know EVERYBODY.”

“Moishe, sure, you know two black boys, but that ain’t everybody,” said Levy.

“Levy, you’re still the same. But I’ll prove it to you. Who do you want to meet?” said Moishe.

Levy scratched his head and said, “I’d like to meet Mayor Bloomberg. Nice Jewish boy, him. And very successful.”

Moishe pulled out his phone, hit the speed dial, chatted for a few minutes with the voice on the other end, and within two minutes a car pulled up in front of their bench. The driver got out, opened the back door, and Mayor Bloomberg got out of the car, embraced Moishe and said, “My friend, it’s been too long. Why such a stranger?”

Moishe kissed him on his cheeks and said, “Mikey. I’m a busy man.” They both laughed as he gestured to the park bench where he’d been seated. “Oh, and Mikey, this is my old friend Levy. He wanted to meet you.”

The mayor said, “Any friend of Moishe’s is a friend of mine. Here’s my card and my private number.” He kissed Moishe one more time, and got back in the car. “Great to see you, Moishe. Come by this shabbas, we’ll pray.”

And he was gone.

Levy, still a doubter, said, “Sure, Moishe, two black boys and the Mayor you know, but that ain’t everybody.”