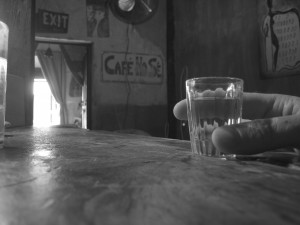 As Midsummer’s Night is near in the rearview mirror it might be appropriate to quote the Bard’s best farce. “If we offend it is with our good will. That you should think, we come not to offend, but with good will, to show our simple skill. That is the true beginning of our end.”

I bring this up as we did offend a few of our readers with the last issue. One is a dear friend and through no bad intent, we caught him out by mentioning his name and making some poorly considered sport. This made him question our loyalty and love, both of which are strong and true. Herewith is a sincere apology. Friends are few enough in this world; we should learn to be more careful with ours.

The other guy we offended we don’t really care about. John will be addressing his issues in a few pages.

As a result, we have decided to dilute the vibrant power of our offense by offending more liberally – offending entire groups of people at the same time, rather than mere individuals – our primary targets will be fools, boneheads, fake hippies, zealots and religious  folk who have traded in their sense of humor for scornful looks and wagging fingers. But, in order to keep our skills sharp, John and I have agreed to offend each other, personally, at least once daily.

So, without further ado, “John, your mamma so fat she wears an asteroid belt.”  Your turn.

ow on to the fun stuff. Our regular readers might recall that I recently joked about some big shot producers coming to town to film a story about us. Well, it appears that life is once again imitating art. Filming HAS started in Café No Sé and some big shot producers HAVE been floating a number of pretty cool ideas over the bar. I’ll explain.

In late June a local film maker began a project at the Café. He’s following the rules established in the Dogma 95 school. We’ve only requested that he add a Vow of Inebriation to the cannon and he said he was pretty sure that von Trier wouldn’t mind. Now, if you got the artsy references in the last few sentences, then you’ll probably be excited to hear that there’s an independent film school in the works around town. Come on down to the Café and help us spread some high-minded rumors about it!

And if you want a really good rumor to spread around town, then try this one of for size – we’ve been doing background work with some producers from the States to bring a World Music scene to our adoptive home town. We’re hoping to organize a major festival in Guatemala sometime early next year. We’re starting small, bringing acts to local venues like Café No Sé and La Sala over the coming months, and then expecting everything to careen wildly out of control by the end of 2008, culminating in a major blow-out sometime around February 2009. We’ll keep you posted, but just to whet your appetite, here are some of the names that have been seriously discussed: Oliver Mtukudzi from Zimbabwe, Plena Libre from Puerto Rico, Midnite from St. Croix, and a Tribute to Andy Palacio from Belize. Also, we think we’re close to landing a few prominent members of the Marley family from, of course, Jamaica.

Pulling this off will require a fair amount of nervous tension, a ton of hard work, and maybe a drop or two of aceite verde. We’ve got that end covered. Where you come in is generating excitement about the whole shebang. So, get out there, loosen up your lips with a few libations and get the town talking. If anyone tells you you’re full of shit, blame it on us. We won’t be offended.

On another, more serious note, we’d like to give a special thanks to the governor and the mayor for their recent security initiatives. We applaud the Plan Cuadrante.

Letters From The Editors - Letter From the Editors – May / June 2008