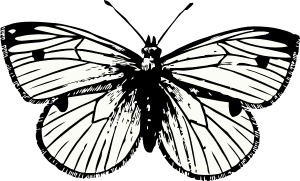 Until recently, I’d been down for a few months. Nothing terrible, just a case of walking-ennui, probably picked up from a wandering Parisian while knocking back an absinthe at the Bistrot a couple months back. Suddenly, the world seemed like it had gone all soggy and drab. Nothing was terribly interesting. Nothing seemed magical.

My first reaction, not uncommonly I suppose, was to clam up and pull back from friends. I stayed at home and tried to work my way through whatever was eating at me in private. That that is exactly the wrong treatment matters little in the first stages of the black-dog months. But, for the life of me, I couldn’t see the point in doing anything else.

The problem, of course, is that I’m the head writer, editor and copublisher of this here magazine. So the product of my experiences is presented to “the public” six times a year. In my run at the head of this mast, I’ve learned that I can put out one issue on the fumes of more positive times, but if the doldrums last longer than eight weeks, the next issue tends to be snarky, inelegant and lumpy. And no one wants to spend an afternoon in a hammock (or even twenty minutes on the pot) reading the life-lessons of Mr. Misery Bullocks.

Writ short, I knew heading into production of this issue that I had to do something radical. I had to switch-out the perceptual lenses that were telling me the world was made entirely out of uninspired clumps of clay. That process began with three weeks up in the States. Three weeks of dinners with old friends and knocking around The Village with my mom. Three weeks of the long conversation with my dad. Three weeks of family.

I got to bathe in the curative properties of my brother Ed’s toddlers. All three of them (Dylan, Ryan and Colin) are bundles of natural hilarity and purveyors of mischievous hijinks. I also got to be with my brother Jay’s kids, Julia and Patrick. They are teenagers who happen to be as compassionate, witty and smart as Time Lords — a truth I learned while watching a slew of Doctor Who episodes in their presence. Sitting there with the kids, I felt like I’d jumped headlong into a swirling vortex of possibility and hope. Which, in a very real way, I had.

By the time I made it back to Antigua, I was in a much better state. I began noticing, all over again, how so many people in this town are doing cool stuff all the time. Everybody, it seems, has a dream — and a scheme by which they’ll achieve it. Folks here are starting schools, designing new products to bring clean water or safe living environments to poor folk. I have friends in every direction who are opening businesses, expanding operations, following inspired new plans. Our friends in this town are all about damning-the-torpedoes and pushing full-steam-ahead into risky propositions. And that is undeniably cool.

I guess you could say it is just the dynamic forces in an economy finding “synergy” in a closed environment. But if you did, then you would get slapped for speaking corporate bullpucky.

Nope. It’s something else entirely. And I’m comfortable, yet again, with ascribing it to the magic of this place.

In fact, I witnessed something (hand-to-heart and word-to-God) that made me a believer again in the unique, miraculous properties of our Guatemalan hometown.

Last week I headed up to the Cerro de la Cruz, the cross that overlooks Antigua on the northern hills. The day was near perfect. Volcán Agua was visible, hips to neck, but her top was still stuck in cloud cover. It seemed as if she was struggling to take off a sweater.

I was laying on my back, checking out the world around me, and as I lolled my head to the right, I saw the strangest thing.

Five ants had picked up the expired body of a moth. The moth was lifeless, but its wings were in perfect flying condition. I could tell the ants were trouble-makers. Hellions. If there were tiny motorcycles naturally occurring in the world, the ants would have been wearing tiny leather jackets. These ants wanted nothing to do with the rational world of grab-a-crumb, haul-a-crumb nonsense.

They wanted something more.

I could tell by the way they carried themselves and the body of that moth. For 40 minutes, I watched them drag it up an embankment to a cinder block wall. There was no rational point in climbing that wall, and yet they began. Slowly, mightily, often unsuccessfully they hauled the moth up the vertical cliff. Three ants below, like tiny landing gear, and two in front, pulling on the antennae.

And suddenly, with my newly polished perceptual lenses, I knew exactly what they were doing.

They were gonna fly her.

I raced down the hill so I could see them as they caught the first updraft coming off the valley. I’d just made it to the corner of 2nd Calle and 3rd Avenida when I looked up and saw them sailing off towards the volcanoes in the southwest, presumably on their way to the coast and points unknown.

You may doubt me, though if you’ve been around town for a while, I’m not sure why you would. Stuff like this happens every day, if only you’ve got the spirit to see it. If only the perceptual lenses are clear.

I raised my hand in salute and shouted: “Buen viaje, mis hormigas.”

It feels damn good to feel good again. And we at La Cuadra offer this issue to you in that glad spirit. God bless.

Letters From The Editors - Letter From the Editors – May / June 2014

Time to summon your inner badass and help a brother out.
By John Rexer
Sunday, August 3rd, 2014