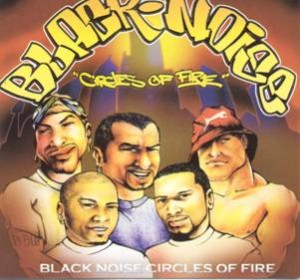 Arguably, Hip Hop is the most ubiquitous musical style in the world, with local scenes from Antigua to Zimbabwe and if you caught the movie Tsotsi (2005 Oscar-winner for Best Foreign Language Film) you’re fortunate enough to have heard the newest and best sounds coming from South Africa. The movie’s soundtrack features top performers of Kwaito – S.A. homegrown Hip Hop – House Hybrid.  The most popular Kwaito performer, Zola, had several cuts on the soundtrack and even a cameo in the film.  The film’s high profile victory from the Academy generated enough waves in the United States to land Zola an appearance on the Kaaba of the Hip Hop Haj, The Tonight Show with Jay Leno.

If you were busy watching the Daily Show and missed that particular episode of the The Chin that Wouldn’t Stop Lisping, than you may want to know what you’re missing.  What, exactly, is behind this movement?  How is it similar to U.S. Hip Hop, and if you’re a Tupac fan, are you gonna like Zola?

First off, if you like to dance, you’ll love Kwaito.  A mixture of House, Jamaican Raga and Hip Hop, Kwaito is never without a kickin’ beat.  Inspired by the worldwide popularity of Hip Hop artists from the United States and House music from the U.K., artists and producers from the streets of Soweto (Johannesburg’s Compton) have blended rapping emcees with house hooks rather than back beats.  When you add a dash of African flavor, you end up with a sound meant to keep your bootay on the dance floor.  The fact that most artists sing in Tsotsi-Taal (a township language that is a blend of Afrikaans, Sotho, Zulu and a mix of other languages as diverse as the Africans who were crammed together in these slums during Apartheid) makes the words hard to understand for anyone who isn’t from Soweto’s streets.  That doesn’t seem to matter, however, as it is becoming popular even in clubs frequented by white South Africans – very few of whom speak Tsotsi-Taal.

Moving more and more towards stronger House beats, with less and less rapping, Kwaito is very different from pure South African Hip Hop.  Those of you who prefer the socially conscious lyrics flowing from the likes of Blackalicious or Latyrx would probably prefer S.A. Hip Hoppers such as Proverb, Black Noise, Bongani Fassie (township pop queen Brenda Fassie’s son) or the all female group, Godessa.  These artists tend to rap in English since their music is more message-oriented.

Black Noise – not only a Hip Hop dynasty, but also the kings of the Cape Town break dancing scene – resurrect a 1980s style with rhythms and lyrics tending to be a little slower; but they also incorporate Capoeira elements, which fuses a uniquely Brazilian feel to the music.

If Bongani Fassie and Black Noise are the soul of the old school, Kwaito artists are its West Coast gangstas.  Tupac is a God in Soweto.  The messages of Kwaito tend to be more party-oriented and flaunt the Tsotsi Attitude that one gets growing up in a crime and violence filled township.  And, yes, there is the requisite mention of the number of B.M.W.’s the rapper owns, as well as frequent and enthusiastic reference to the benefits of women with big derrieres.  But despite “bling” becoming more and more popular in Soweto, Kwaito artists – at least up until now – feel the pressures of “keeping it real” by continuing to live in the ghettos where they were raised.

South African Hip Hop and Kwaito will continue to grow and change, with influences from other parts of Africa, Asia, South American and – of course – the U.S.  But if you want to be the most popular DJ on the block, the time is right to check out what Cape Town and Johannesburg are bringing to the platter.  Music wise, nothing is bigger than Hip Hop – and the next explosion is going to be African.

If you want to check out artists mentioned in this article, go to one of the following retailers of SA music: www.oneworld.co.za, www.musica.co.za; www.SAmp3.com, www.rage.co.za or www.africandope.co.za

Logan Clark studied Hip Hop / Breakdancing culture in South Africa for her senior anthropology thesis.  She’s currently living in Antigua but hopes to keep traveling to the beats of emcees and DJs from the 4 corners.  Didgeri-hop, anyone?