In a recent interview, Lucía Morán Giracca opened up about some of her latest work. She said that recently she has been strongly drawn towards examining couples by exploring the nature of partnership. The paintings are, she said, “visual metaphors on the relation between two people and their environment.” Through these images, she investigates the moments of challenge, or compassion, or crisis that define our lives as we determine if we will remain “partners” or dissipate back into solitude and individuation.

Her work embraces the unavoidable conflicts that occur in this world – between city and sea, between progress and poverty, between woman and man, between the fall and the flight, between sharing and solitude. Each image asks the viewer to consider the world, if only momentarily, from a new perspective – and to wonder if our responsibilities lie in maintaining the communion or breaking the bond.

ucía, 30, was born, raised and educated in Guatemala. She is currently living and working in Barcelona. Most recently she, along with associates, brought the first Guatemalan Film Festival to Spain. She is currently preparing for a major showing of her work in the Summer of 2009. 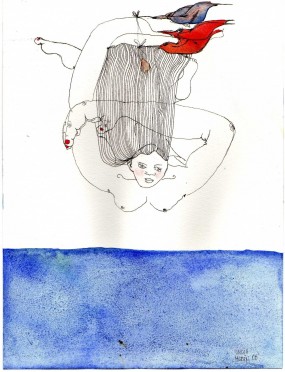 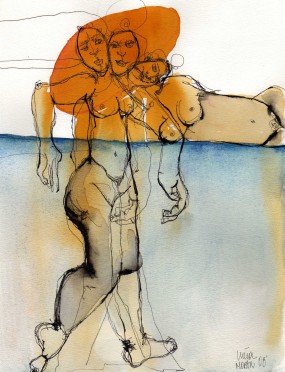 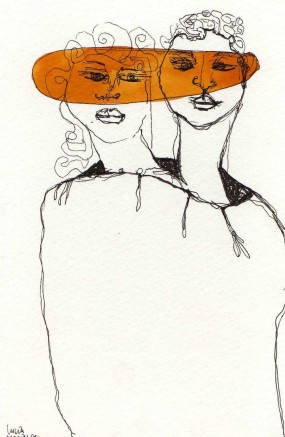 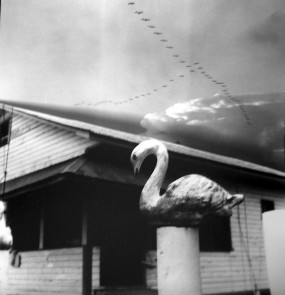 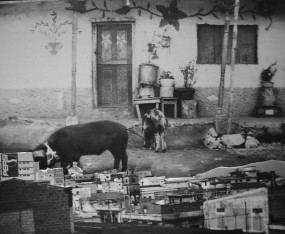 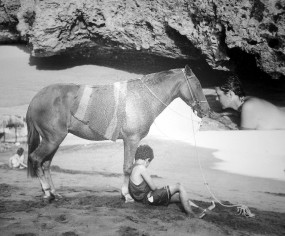 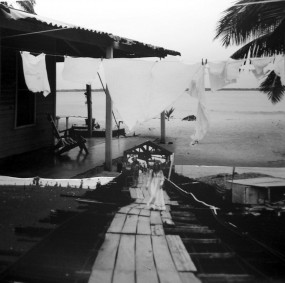 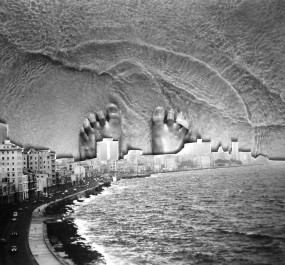 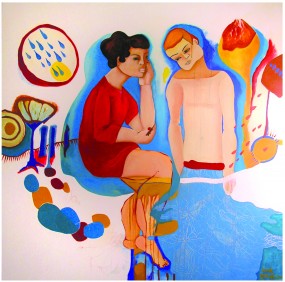 More can be seen at:  www.luciaenazul.com

In What Light Shall We See One Another?
By Michael Tallon
Sunday, May 9th, 2010