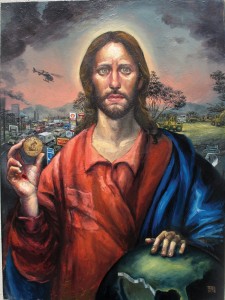 Patrick McGrath Muñiz, with the talent of an old master and the raw, intellectual wit of his millennial generation, challenges his viewers to consider the interrelationships between our mass-media driven culture and the longer traditions of the Western world. The results are, at the same time, satirically comedic and deeply disturbing.

By juxtaposing the techniques and images of “retablo,” or altar painting  (a form brought to Latin America from the Old World during Colonial times) with the ubiquitous branding of a corporate, global economy, the artist asks us to question assumptions about the demise of colonialism, itself.

In McGrath’s words, he explores the interplay, “between traditional icons and our modern-day consumer society. The paintings project a world filled with unexpected anachronisms where spirituality is transgressed by triviality.”

He notes that in his world, “religious symbols lose their original meaning and are amorally converted into disposable marketplace products from the Media culture.”

McGrath believes that his modern retablos act as “purveyors of the belief system intrinsic to a capitalist society, which assuming control over the media, diffuses the pervasive corporate propaganda and manufactures mass consent with its offers of salvation.”

The “salvation” offered by Visa, Mastercard and WalMart means something different than it did five hundred years ago. It is salvation in the form of credit and consumption rather than faith and redemption. But these modern myths share communion with the older traditions in that they are imposed on an amnesiac public from miles above and far away.

A show dedicated to the work of Patrick McGrath will be opening at La Antigua Galería del Arte on 4th Calle between 1st and 2nd Avenues on July 4, 2009. It is not to be missed.

Patrick McGrath was born in New York in 1975. He was raised, and currently lives and works, in Aguadilla, Puerto Rico.

More of Mr. McGrath’s work can be found at his website: www.artarcanum.com or at the website of La Antigua Galeria del Arte: www.artintheamericas.com 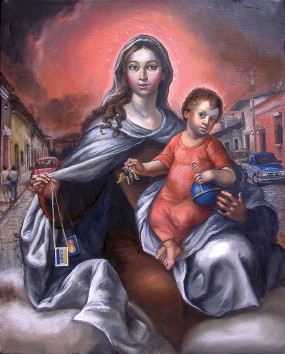 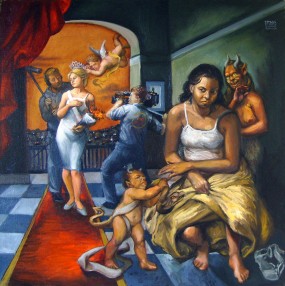 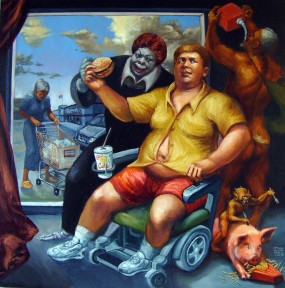 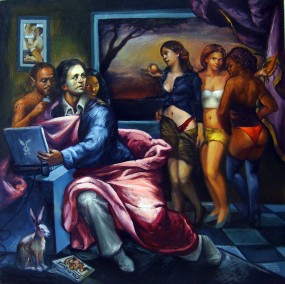 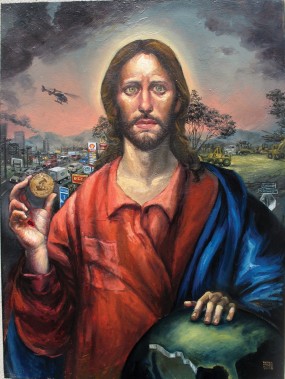 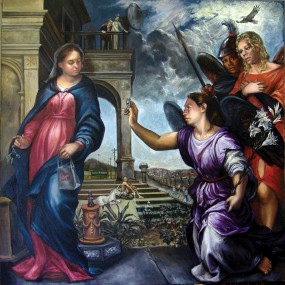 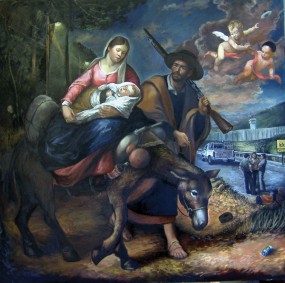