What makes an Irishman? That’s a rumination for many of us whose souls are rooted in Éire but whose lives have been lived, often for generations, far from the land that drove our fathers across the sea. I can’t speak authoritatively on the subject, but that’s never stopped one of us before, so here’s the fundamental truth, the result of half a century of consideration:

An Irishman is one who takes pride in being of the land, salt and the turf — but who also knows that in a pinch he has the wit and dash to dance circles around the sun. An Irishman is eternally young, so long as he creates. He is remade by words and love, but if they become bottled in him, they twist and turn and kill. An Irishman is one who knows, always, that each breath, each poem, each song, each life is made of magic borrowed from the common source and that we all shift inexorably to the final verse, the last call, the parting glass. In as much, an Irishman must keep moving, conscious of his own grave, in order to find joy.

There are many things that can be said of Peter Kilbryde, but none is truer than that he was an Irishman.

Daniel Patrick Moynihan once remarked “I don’t think there’s any point in being Irish if you don’t know that the world is going to break your heart eventually,” and that somehow captures the lightning, but as quick as you think you’ve got it, it’s gone. In that perfect inability to trap a spirit, you know what an Irishman is.

I’ll do no better here than to note that Peter Kilbryde, who drove me up a goddamned tree just one time fewer than he charmed me back down again, was such a brother, soldier and poet. Now he has entered the realm of stories and it is right that La Cuadra Magazine, to which he contributed his verse, should give him his own final word. For sure at this very moment, the devil is bargaining hard to drag him down to a whiskeyless hell, citing some ancient contract made whilst drunk in a pub on planet Earth. For certain, if Peter gets a chance to argue his own case at the Pearly Gates, then he’ll soon be sitting with the likes of Joyce and Synge, Connolly and Pearse, the boys of his old brigade, a collection of true Irishmen who will welcome him home, stand him a round and sing him céad míle fáilte.

Nelson Lunding, beautiful brother of Peter, myself and many of our clan, was going to post these images and this recording on Facebook, but Mark Zuckerberg’s garda don’t allow for such graces. Pity, that. But here you will remain, my shanachie, my colleague, my friend.

Farewell, Peter. You are remembered. 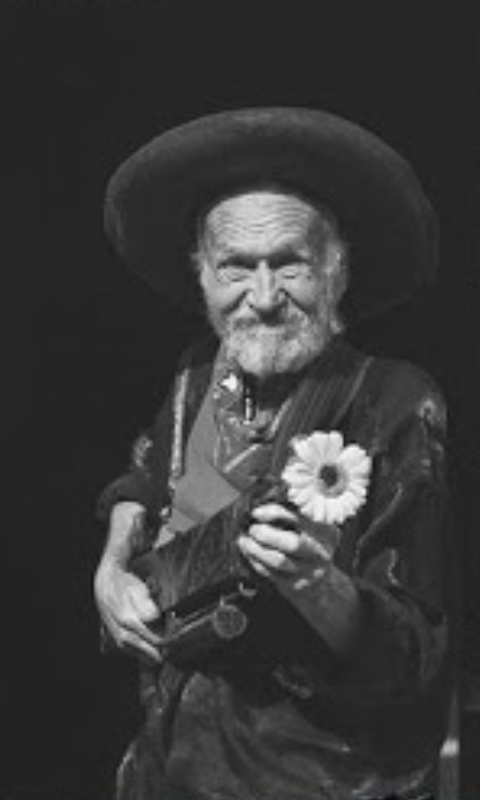 To play the audio of Peter Kilbryde’s poem, Billy the Kid, click in the left-hand side of the black rectangle above, where it looks as if there should be a play button. There is, it is just invisible. Damn technology.

Letters From The Editors - Letter From the Editors – May / June 2012

Letters From The Editors - Letter From the Editor – October / November 2009

Letters From The Editors - Letter from the Editors – November / December 2008

Merry Something or Other…
By John Rexer
Tuesday, November 18th, 2008