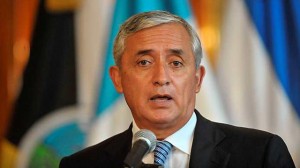 In the November / December 2011 issue of La Cuadra, we published an  analysis of the Guatemalan presidential election by Kevin Casas-Zamora. In this edition, one of our regular readers and contributors, Paul Goepfert, takes issue with some of Casas-Zamora’s arguments. We value the contributions of both authors, and hope that La Cuadra can continue to serve as a vehicle for thoughtful political debate on conditions in this nation.

Shall I part my hair behind? Do I dare to eat a peach? –T.S. Eliot

On, in my case, do I dare take on the Honorable Kevin Casas-Zamora, the former Vice-President of Costa Rica and Director of the Latin American Initiative at the Brookings Institution, whose article, Guatemala: Between a Rock and  Hard Place, was reprinted in the November / December 2011 edition of La Cuadra?

There is much with which to agree in that article, originally published by The Brookings Institution in September of 2011. In that piece he spoke of the near moribund political system and the vast, complex social issues that any government elected in November of 2011 in Guatemala would have to face. Yet, I can’t resist declaiming a vociferous “NO” to his suggestion that it didn’t much matter who would eventually win that election. Casas-Zamora opined in the piece that the dual national and international crises faced by Central American nations — corruption and narcotics transportation — would require an intense imposition of international governance on Guatemala if this nation were to stand a chance of maintaining its fragile democratic institutions. Whereas that would certainly have been the case had the eventual loser in that electoral contest, Manuel Baldizón, in fact, pulled out a win, I feel that one needs to give the current president, Otto Perez Molina, the benefit of the doubt.

As readers of either La Cuadra (March / April 2011) or The Harvard Review’s LaRevista (Fall 2010 / Winter 2011) may recall, I may have made the short list of most excoriating profilers of Guatemala in recent years. My negative prognostication for the future of this country was, perhaps, a photo-finish win for its own plethora of sordid details about Guatemala with Cassa-Zamora’s own.

Said succinctly, I have respect for Kevin Casas-Zamora, but I think he made some missteps in his analysis.

So what’s the problem?

I agree with much of what Casas-Zamora had to say, and I most especially agree with his description of Manuel Baldizón as “a populist buffoon of the worst kind.” Casas-Zamora is correct that Baldizón is a farrago whose one-fourth of the popular vote was “a reminder that unjust and violent democracies are doomed to walking on the edge of a cliff.” He got that right. Baldizón’s meteoric rise on the political scene has been a case-study in amoral, populist political opportunism filling a hole in the soul of a desperate nation: a hole left gaping by the failed hubris of Sandra Torres, the former first lady, and current divorced wife of Álvaro Colom, in her effort to buy the rural vote in an enormous, unaudited give-away from the meager state treasury. The positive take from that story is that both the Electoral Tribunal and the Constitutional Court rejected Torres’ bid for a presidential candidacy on constitutional grounds. That has been a huge step forward in a nation yearning for a rule of law.

But Casas-Zamora also cast a critical eye on the other candidate who made it to the second round of voting, retired general and current Guatemalan President, Otto Perez Molina. As has been the customary attack on Perez Molina (in two presidential campaigns),  Casas-Zamora brought Perez Molina’s official command position (as a local Commandante in Nebaj, Quiche) during a time in which the Guatemalan army has been accused by national and international human rights organizations of  massacres and even genocide. However, Otto Perez Molina’s name has never appeared in any of the extensive documentation about these horrific events.

I don’t mean to argue that Perez-Molina was an angel in camouflage fatigues. It was a long and brutal war that didn’t make for angels on either side. There have been claims by individuals in the Ixil Triangle area that guerrilla suspects were captured and interrogated by members of Perez Molina’s army command unit and died. While this may indeed be true, it deserves to be noted that there are, so far, no official denunciations. Moreover, in Guatemala: Nunca Mas, the Catholic Church’s four-volume documentation of massacres, extra-legal murders, and human rights abuses in general, the name of Otto Perez Molina, known locally in Nebaj as Comandante Tito, was never mentioned.

In the heated debate about military officers returning to executive positions in this new government, there is a great deal of historical amnesia. Some people think of the Guatemalan army as just a monolithic killing machine. This, in my opinion, doesn’t take into consideration the various factions and divisions within the army itself over these many, bloody years.