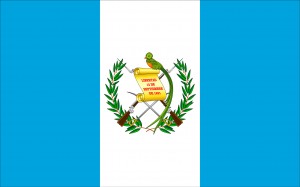 It is a far more complex history than most casual, and even many assiduous, observers believe. Various politécnica military academy promotions have always existed in the Guatemalan Army — since the days of the overthrow of Ubico in 1944 and the struggles of the “Guatemalan Spring,” (1944-1954). At that time, by way of example, one of the military leaders of the anti-Ubico “October Revolution,” Maj. Francisco Arana, was either assassinated or “accidentally” killed in a shoot-out between “October Revolution” army factions, while the other “October Revolution” leader, Colonel Jacobo Árbenz, observed from a nearby hillside. It was a “Spring” that ended when one faction of the army refused to move its troops against the (C.I.A. supported) Liberation Army which had just invaded from Honduras and set up headquarters in Chiquimula. In this confusing history, “The Spring” ended with the forced resignation of President Col. Jacobo Árbenz — a political coup supported, again, by the C.I.A.

Then in 1960 another group of young officers, sick of the corruption of the military regime and outraged that Guatemala had given over areas of its territory to C.I.A. training camps for anti-Castro Cubans who wanted to overthrow the new-born Cuban Revolution, organized an ill-fated military coup that, while not succeeding, planted the seeds of the revolutionary groups that would incite the country in an internal war for 36 years. Two years later in 1962 the first armed guerrilla groups emerged under the leadership of many of those same young officers from the failed coup in 1960.

Decades passed, and again in 1982 another group of young officers, sick of the corruption and murderous strategy of their hierarchical superiors in the high command, overthrew the corrupt and murderous government of Romeo Lucas Garcia. Among them were two officers, Otto Perez Molina and the current Interior Minister, Mauricio López Bonilla. But more important than anyone at that moment was General Héctor Gramajo. All these guys were Gramajistas. Gramajo was in the Estado Mayor, the Guatemalan equivalent to the Joint Chiefs of Staff in the United States, and he modeled with the “Juntita” of young officers what became the 14 objectives of the government (Hector Gramajo, De La Guerra…a La Guerra, 1995). Their primary emphasis was that killing more people would never solve the problem of civil strife in Guatemala. What these young officers said, under the tutelage of Gramajo, was that poverty and discrimination were the roots of the problem, and unless these conditions were ameliorated there would be no peace. This analysis, obviously, was neither easily nor quickly accepted by the older high command, which had been passed over by this young officers’ coup.

In 1983 Otto Perez Molina, went on to join with other military officers to force the resignation of the fanatical dictator Efraín Rios Montt and to begin the path to a Constitutional Convention, a new Constitution, and democratic elections to bring about a return to civilian rule. Along with General Gramajo, then Minister of Defense of the elected civilian President Vinicio Cerezo, he defended that first democratically elected government against two military coup attempts. Again in 1993 he defended democratic rule by opposing the auto-coup of President Jorge Serrano, who had disbanded the Congress and the Supreme Court to rule by presidential decree. Perez Molina was one of the top army officers who persuaded Serrano to desist and seek exile. This, once again, put him in direct conflict with corrupt elements within the army that were all too content with Seranno’s carte blanche. As head of army intelligence, he had already been confronting this powerful faction in the army — the criminal organization now known as La Cofradia, The Brotherhood — a group of former and active military intelligence officers that had transformed their impunity in clandestine, counterinsurgency operations into highly lucrative criminal activities.

The interim President and former Human Rights Ombudsman, Ramiro de León Carpio, elected by a newly sanitized congress, appointed Perez Molina as head of presidential security and intelligence. Such was the level of trust.

But perhaps Perez Molina’s best known democratic credentials come from his persistent involvement in the peace process that eventually resulted in the Peace Accords of December 1996, of which he was a signatory on behalf of the Guatemalan army.

Thus his nickname “The Peace General.”

This is where I beg to differ with Casas-Zamora. It did matter who was elected in November of 2011 in Guatemala. Do I think Perez Molina is a miracle cure? No way. I’ve been a reporter in Central America since 1982, and you can’t find a better school of cynicism than that. And of course, what Casas-Zamora says is true: the country is practically on life-support. But I think Perez Molina has the pride and honor to serve his country and not just himself.

I actually saw him in action once: he was pointing a fifty-millimeter machinegun at me from the back of an Israeli jeep on the streets of Nebaj back in the early 1980s, when I had sneaked in behind army lines. Even then he was demanding, strict, and highly disciplined with both himself and his troops — a level of discipline I most appreciated because he didn’t shoot me. Rather, he gave me a pass to the other Ixil towns of Chajul and Cotzal. But that isn’t why I’m defending him against Casas-Zamora’s argument.