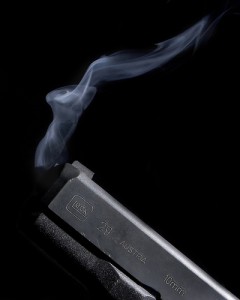 A flash of light was burning on my skin, immediately followed by sounds that penetrated my body, leaving behind my cold flesh and taking my dreams forever.

In recent months Guatemala has been experiencing yet another period of senseless violence that make up so much of its history. It is just another example of a state that is apparently collapsing under the weight of so many corrupt men and bad governments.

During the time of armed conflict more than 250,000 human beings were killed and thousands  more were displaced and lost everything they owned. During those 36 years we were taught to think, but not to speak for fear of becoming one of the tortured or disappeared. Many of us, remembering those days, can count at least one loved one amongst the lost and recall the total devastation that crushed their families and communities after one of their own was massacred by the foul breath of a machine gun or the chop of a machete.

At present, we do not have a “declared war,” at least not officially, but we know that there is the same level of terror and death. Everyday, at least five people in Guatemala are murdered for different reasons – some because they belong to clandestine groups that fight over territory. Others are still being persecuted for their idealism and their desire to see a more just society, much like during the war. Still others are gunned down just because they live in Guatemala. Again, much like during the war.

But unlike the years of the internal war – which succeeded in pressing people to create survival techniques, not least among those being silence, people are now just trying to maintain their daily routine, while our nation is plunged deeper into the darkness of violence in the midst of national and international indifference.

These days the people have no idea who is righteous and who is hidden in the darkness, therefore it is impossible to establish mechanisms which will allow us to avoid a violent death. Today people of all ages, both genders and all ideological beliefs know in their hearts that they are constantly at risk of being physically, sexually or psychologically assaulted. We all know that we are potential victims of being kidnapped or killed. The level of violence is so high that none of us truly knows if we will safely return home after work, and we learn, more and more everyday, that for many in this country, the value of life is dropping precipitously. At the moment, it seems that the price of a human life in Guatemala is the same as a damn cell phone.

The circle of violence is getting closer everyday. I remember, not too long ago, reading the morning news about the most recent victims of our undeclared war, and being horrified. But in recent months, the murderers have touched too near my family. No longer are the photographs in the papers merely troubling images, they are now a family history. Any desensitization and dehumanization caused by the rivers of blood is gone. In its place is a feeling of helplessness, sadness and anger. And yet, though felt by nearly everyone in this nation of 13 million, it doesn’t seem to be enough to force the authorities to create order in our country that every day is plunging further into chaos and despair. Guatemalans deserve a better country.

The big question, of course, is what the hell should we do? How can we change a system so corrupt that some “citizens” of Guatemala have the freedom to steal millions while others have to live with the fear of having their precious, if impoverished, lives cut short by a bullet. Indeed, the fear is so great that many of us no longer believe that we can do anything.

Unlike at any other time in our history, we should unite. We should raise our hands and call out all the violence. We should find mechanisms that force our government to end the violence, if not actually starting to come together by creating our own systems of government in the hope that we might have a better future.

But the first step is to realize that we are still living in a time of war, declared or not, and we must stop existing in the shadow of fear and silence.

Special Commentary - Out of One, Many