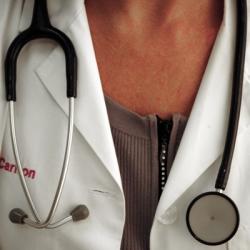 And by the way, Massachusetts now has only 2% of its people without insurance. Moreover the state is moving aggressively, as anticipated, to attack health care cost growth. The law is a success and it is popular. Romney’s instinct is to defend his prior accomplishment but “on day one” give waivers to any state wishing to escape the federal ACA requirements. Conservative activists will demand, however, a more explicit commitment to repeal the ACA outright.

We have noted from the beginning of this series of commentaries that The United States faces a daunting set of challenges, of which health care is substantial, complex, costly, and immediate. We spend twice as much as any competitor industrial nation on health care and yet we have fifty million people without health insurance (down to twenty million if the ACA is fully implemented). And our fragmented patterns of care produce uneven quality and increase the risks to patients by not facilitating the spread of medicine’s consensus standards of what could and should be achieved.

Whoever wins the election, both the White House and the Congressional majorities own the next phase of the continuing saga.

The electoral handicapping above envisions a President with some level of commitment to the overall strategies of the ACA, but a Congress tilted more toward skepticism if not outright opposition. An ultra- conservative sweep of the election, unlikely in my view, would set the stage for outright repeal. Assuming, however, that the ACA remains at least the framework for the next stage of debate, here’s how some of the key features of the law could fare.

As previously noted, the ACA expands insurance coverage through two mechanisms. The first is a minimum standard for Medicaid across the states, with the largest expansions concentrated in those states (think Texas) that have historically been less likely to serve the poor. To meet the expected resistance, the ACA committed the Federal government to meeting 100% of the expansion costs for three years, continuing at 90% support through the bill’s ten-year budget window. Post election, philosophical opposition to Medicaid by Republicans would be countered by Governors, of both parties, unwilling to part with the promise of federal dollars.

Despite the Tea Party’s rhetoric, selling subsidized private insurance coverage to lower wage workers through insurance exchanges was a Republican idea even before Mitt Romney. While the purchase mandate — to maintain the broadest possible risk pools — and the specifics of insurance regulation run afoul of the conservative backlash, the underlying concepts seem unlikely to be abandoned. Democrats enacted the ACA’s sliding subsidy standard to partially support families with incomes as high as $90,000. Deficit-induced discussions to trim the subsidies seem likely whatever the electoral outcome, but the underlying concept of subsidized private coverage is likely to remain.

Noted from day one in the ACA debate have been the required changes in insurance company practices such as continued coverage for young adults on their parents’ policies, and protection against coverage termination or denials of coverage for pre-existing conditions. These policy changes have broad and likely continuing support. Even Republican leaders would be hard pressed to return to insurance company practices repealed by the ACA.

Controversy continues about specific regulations limiting the amount of money from premiums that can go to the insurance companies’ administrative costs and how much must be directed towards patient care. Further, a debate about the definition of standard minimum benefits to be sold through the exchanges looms ahead. Unresolved for the longer term is the respective role of state or Federal regulation of insurance markets, tilted toward states in the ACA by the unique procedures of passage which gave precedence to the Senate version of the legislation.

While commercial insurers will intensely pursue policies that will support their interests, their strength as a major economic and political force will serve to affirm the overall construct of the ACA.

The ACA’s insurance expansions cost somewhat more than $1 trillion over a ten year period, a vast number in deficit-driven debates, but a miniscule fraction of the $33 trillion projected as total health spending in the United States over the decade. The law, largely with tacit support from the health care industry, enacted cumulative reductions in Medicare cost growth of around $550 billion, along with a proposed Independent Payment Advisory Board (IPAB) to create and force Congressional consideration of further reductions in Medicare spending. Congressional opposition to ultimately limiting its own authority through IPAB is bipartisan and likely to be stronger, whatever the 2012 electoral outcome.

A sleeper provision of the ACA, not scheduled to take effect until 2017 or later, would limit the favorable tax treatment of “Cadillac” insurance plans offered by employers. Rooted in conservative opposition to generous, often union-negotiated, benefits, political support for these restrictions in the age of deficit reduction is now broader. While one more major skirmish lies ahead for this provision later in the decade, it probably remains intact for the time being.

In contrast, the Community Living Assistance Services and Supports (CLASS) Act, a modest beginning to enable employees to make monthly contributions toward eligibility for future government benefits to partially meet long term care costs, advanced by and in tribute to Sen. Ted Kennedy, seems already to have fallen victim to heightened financial scrutiny. The Obama administration has suspended implementation of the program, unable to balance voluntary participation with the assurance of a broadly based risk pool.

A series of ACA provisions are directed at increasing the efficiency of health care delivery. Some are organizational: a pilot program to support the creation of multi-provider Accountable Care Organizations aimed at both quality improvement and cost reduction. A new federal agency, the Patient Centered Outcomes Research Institute (PCORI) will assemble evidence on the effectiveness of medical treatments and procedures. An Innovations Center with a broad mandate to explore service improvements and $10 billion to spend has also been created. Opposed by conservatives for expanding government’s role, the various ACA provisions to reduce costs through better coordination of care have business community support and growing acceptance by health care professionals. An ultra-conservative sweep of the election wipes them away. Obama’s reelection, or even a Romney presidency, continues them, probably with reduced resources, as best available building blocks for a more efficient, less costly system.

As this series has reported, beyond the sound bites the health care debate becomes very complex, very quickly. And while in a Romney v. Obama election, it seems unlikely that health care plays more than a tangential role, the results of the election couldn’t be more important for the policies that unfold thereafter. A reelected President Obama will keep the structure of the ACA intact and veto any repeal efforts, but he would face enormous budgetary pressures that would still open the ACA and health care in general to further spending cuts.

A Romney Presidency, with Democrats able to filibuster (or even lead) in the Senate, presents the most cloudy future. While Romney would be elected with promises to repeal the ACA, he actually knows what it’s like to be faced with the political ownership of health care’s myriad challenges. The tools of the ACA are not easily abandoned to starkly defined market forces without the American people being the likely losers in their day-to-day health care experiences.

However, should deep-dish conservatives sweep the election, with Governor Perry or another “non-Romney” the standard bearer, repeal of the ACA would be but a small target. They are big game hunters and would likely aim to mount the heads of far more than ObamaCare. Their goals, plainly said, are the programs of Lyndon Johnson’s Great Society, Franklin Delano Roosevelt’s New Deal, and even much of Teddy Roosevelt’s Square Deal. In existential opposition, the Left would need to sweep aside the compromises of the ACA and dig in for full-on ideological battle.

Under any scenario, the debate continues, with health care just one part of a battle for the nation’s identity.

Buddy Could You Spare A Trillion, Actually, Could You Make That Ten?
By John Rexer
Tuesday, November 18th, 2008