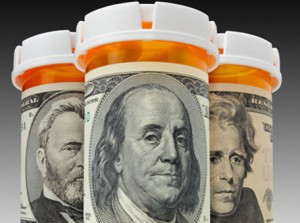 Within this innermost matryoshka doll, the ACA, the proposed insurance mandate has emerged as the flashpoint for opposition. As we’ve noted in earlier installments of this series, more than two dozen states have challenged the constitutionality of the law, specifically the interaction of the mandate to purchase coverage with the commerce clause of the Constitution. With conflicting judicial decisions in the lower federal courts, the US Supreme Court recently rejected hearing arguments in the cases on a fast track basis as requested by a principal opponent, Virginia Attorney General Kenneth T. Cuccinelli, II. Instead, the cases will be argued next, as is normal procedure, in several circuits of the United States Court of Appeals. It seems likely that the Supreme Court will take up the issue during the term which begins in the Fall, 2011, with a likely decision in mid-2012, setting up the extraordinary possibility of a major interpretation of the Constitution in the middle of a Presidential campaign.

Placing another doll on the stack, Ryan’s budget proposal shifted emphasis from the ACA’s specific terms to its place in the discussion of deficits and the national debt. While — as noted above — the House Republican budget offered a changed vision for Medicare a decade in the future, it also proposed dramatic spending reductions in the years immediately ahead. With the exception of reductions in the annual inflation adjustments in Medicare payment rates over the next decade, which were retained in place, the Ryan proposal essentially repealed the entire ACA. While “repeal and replace” was a central Republican campaign promise in the 2010 Congressional elections, at least in the short run, no “replacement” was offered. There would be no insurance expansion nor exchanges, no reorganization assistance to health care providers, a reinsertion of the “doughnut hole” into the Medicare drug benefit and especially no Independent Payment Advisory Board, the mechanism envisioned under the ACA to propose future health care cost reductions. Ryan’s budget “savings” were well over $1 trillion over ten years through the ACA repeal.

Further, Ryan proposed an additional major change, converting the Medicaid program from its current structure — which provides financial support to states to pay for the health services of mostly poor and disabled individuals — to a block grant, a fixed dollar payment to states which would grow not at the rate of health care costs but at a fixed amount tied to the consumer price index and population growth. By repealing most federal Medicaid rules establishing quality and access to care, states would be given increased flexibility in administration of the program, but at a reduction of almost $800 billion between 2013 and 2021. Repealed from federal law would be any entitlement by the poor and disabled to health services. If needs outstripped the resources provided in the block grants from the federal government, the states would have to make up the shortfall or allow health care needs to go unmet. These are fundamental changes in the implied social contract between Washington, the states, and the people established over the past fifty years.

Even before implementation of the 2022 Medicare changes, the Ryan plan claims a $5.8 trillion reduction in Federal spending over the decade ahead. His plan would commit $4.2 trillion of that amount to tax reform and reductions, providing $1.65 trillion for debt relief.

Offering a comprehensive but contrasting proposal from the Democratic side, President Obama has advanced health care changes to the current law which would achieve $1.35 trillion in deficit reduction over twelve years. The President’s proposal, as expected, builds on continuation of Medicare, Medicaid, and the ACA expansion provisions. It increases the savings targets to be realized through future regulations and supports expansion of payment innovations developed under the ACA. While retaining the basic structure of Medicaid, the plan increases state incentives for future savings, reduces payments for prescription drugs, and targets financial gimmicks used by states to increase federal payments.

Reflecting the new political balance between a deeply conservative House Republican majority elected in 2010, a reduced Democratic majority in the Senate, and a President seeking to regain momentum for a 2012 reelection campaign, these fundamental divisions over health care policy will move through a debate on extension of the national debt ceiling and then on the 2012 federal budget. In addition, political sideshows will compete for attention with major international developments.

In just three years, from the 2008 political campaigns and the Obama victory, to the circuitous route of the ACA’s passage, to the mid-term shellacking by Republicans carrying the spear of health care repeal, and now to health care’s central role in deficit and debt reduction debates, fundamental choices about the American government and economy have emerged.

The outer matryoshka doll on the stack encompasses all the others: the health reform debate, the budget debate, the debt debate and the overall economy next in sequence, and presents, in its intricate outer designs, very basic issues about how we address the future. Just from the limited world of health and health care, do we continue to expand insurance coverage or do we return to fifty million and more uninsured? Are government’s commitments expressed as guarantees of service or as financial supplements?

Will health care quality and efficiency be improved by purposeful reorganization or by private-market allocations among winners and losers? Can the mechanisms of the ACA, if strengthened through trial and error improvement, actually achieve reduced growth in spending while meeting the demographic reality of an aging population?

The goal of this series of commentaries has been to explain, as simply as possible, the choices from the inside of the health care debate to a broader audience who will be affected profoundly by its outcome. The discussion continues. It has become larger, louder, and broader in scope. The 2012 campaign for the White House will be argued, in part, over the immediate issues of the day. But it is increasingly clear that the outcome will determine the design, and the designer, of an emerging 21st-century American experience.

Special Commentary - Out of One, Many