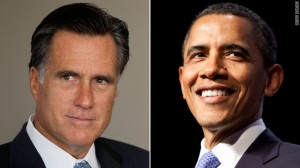 The year ahead will present more partisan charge and counter-charge, but with House Republicans now carrying the weight of the obstructionist label, the march-to-the-brink moments may well redound more and more to the President’s political benefit. Contrarian analysts say that Congressional standing has fallen so low that mature heads may make one more run at a grand fiscal compromise between the parties, but with the Tea Party caucus in Congress seemingly ready to march off whatever cliff to which President Obama tempts them, that is probably an empty hope.

“Let’s settle this on Election day,” seems to be the general mood in Washington.

This tactical standoff is likely to make for a year of continued maturing for ObamaCare. The overall polls are still tilted to the negative, but concrete individual provisions — keeping the kids on the parents’ policies, reducing the impact of the drug donut hole for seniors, or targeting insurance company excesses — are popular. While Congress may nibble at appropriations, wholesale repeal or reduction will bypass 2012. Promising care-coordination demonstrations have another year to develop.

In December 2011 the Administration also avoided what might have become a lightning rod issue during 2012. The ACA requires federal guidance to the states on what insurance benefits must be included in the policies sold through newly created Insurance Exchanges, themselves still a controversial concept in many states. One scenario had federal officials producing a specific list of what is and what is not covered, disease by disease, treatment-specific. Showing an understanding of political realities (“the federal government is dictating your health care choices!”) HHS Secretary Kathleen Sebelius was far more general in tone. Categories of coverage were referenced. States were told to compare new standards to policies already sold in the market. It wasn’t time to pick specific fights with health care constituencies. States can choose, after the election.

The late-year period also saw the Supreme Court clarify its intent to hear Constitutional challenges to the ACA in March, with a decision likely in late spring of this year. Surprising some observers, the Court has structured its review broadly. Not only will the applicability of the Constitution’s Commerce Clause be argued, but time for argument on an expansion of Medicaid and on the severability of individual provisions from the entirety of the law has also been scheduled. When the decision(s) come down, both parties will be in the spin room, prepared to shape a genuinely unpredictable moment. In the long run, however, an affirmation by the Court won’t deflect the opponents, and a rejection will lead to commitments by supporters to adjust the specifics. Winners will praise the Court. Losers will attack. Yet, how far or to what degree the decision(s) will affect the Presidential campaign is hard to predict. If the Republican standard bearer is the former governor of Massachusetts, how deep into the weeds will the author of RomneyCare want to get with the creator of ObamaCare?

We’ve agreed previously with virtually everyone that the overall economy, and joblessness in particular, will dominate 2012. The President’s focus on a dysfunctional Congress will also occupy time and space. And don’t be surprised if we have a mini-Cold War reprise emerge, this time with Republican rhetoric aimed at either China or Iran and the need to avoid deep defense cuts. Thus, given a Romney nomination, our view remains that health care occupies a mid-range or lower campaign tier throughout the election season. Beyond the “Repeal ObamaCare” rhetoric, neither party sees the issue as a clear electoral winner. Despite an emerging alliance between Senator Ron Wyden (D-Oregon) and House Budget Committee Chairman Paul Ryan (R-Wisconsin) on a second-generation version of Medicare reform built around premium support rather than service entitlements, we judge it unlikely that heath care reform will take off as a major issue in the summer of 2012. Wyden is too easy to marginalize in the Democratic Party and premium support even easier to lampoon as “coupons for health care.” In addition, this is a debate hardly ready to be dramatized on one of CNN’s smart-board graphic packages. Moreover, both parties seem to have satisfied their base constituencies for now.

Of course, if the nominee is Gingrich, Perry, Paul or Santorum, all bets are off on nearly every front, ObamaCare included.

A return to real deficit-reduction talks won’t likely occur before the election. Only then will health care return to the center stage of governance. We’ve labeled the next step the “Balanced Budget Act of 2013,” with endless optimism that the nation can still be governed.

However historians look at it, 2011 is a candidate for a pretty bad year. Natural disasters reminded us that the planet would outlast all of us on its own terms. With Texas burning, Gov. Rick Perry said the evidence simply wasn’t clear enough to alter our behavior, and that we should, literally, pray for rain. The American economy bounced back for the people who had sent it over a cliff, but not for the rest of our workers. It’s not wholly clear that there really is a long-term jobs recovery in the offing. Congress is dysfunctional, but the endless sound bites, the silly “investigative” hearings, and the knowledge that influence is openly for sale, somehow are shaking the foundations of belief in government itself. Perhaps the Tea Party and Occupy Wall Street are simply the forerunners of the spirit sweeping through Tunis, Cairo, Moscow, Damascus, Athens, Rome and maybe even Beijing. An American Spring? Probably not in 2012, but maybe as we begin our fifth year of these commentaries 12 months from now, one may be in the offing.

Solving the health care puzzle is a practical challenge in an advancing and aging society. Throughout this series we’ve reported a remarkable achievement: passage of a comprehensive law which had eluded generations of effort. Its roots were bipartisan, at least intellectually. It took the best science and technology available to attack the tripartite challenges of coverage, costs, and quality. But the effort also exposed our new fault lines, economically, politically, perhaps even spiritually.

The next round, we think deferred for another year, starts from a new place. We have an existential crisis. We have a law. What will we do with it?

Another sad chapter in the fight against impunity.
By Victor Ruiz
Monday, August 4th, 2014