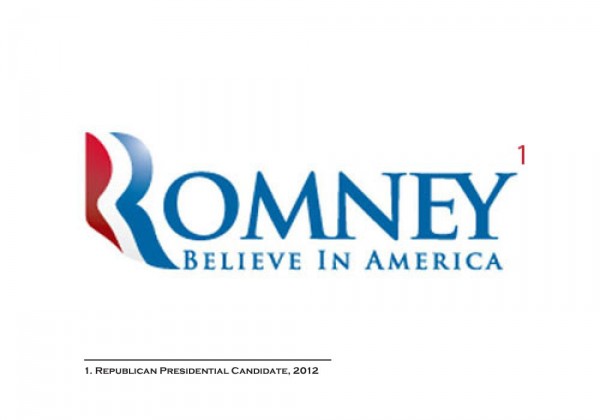 Prior to November 6, with the uncertainty of the election outcome, approximately fifteen states signaled their intent to comply with the ACA’s Medicaid expansion. Between six and a dozen had expressed opposition, often rooted in the conservative credentials of governors and legislators. Almost half of the states have been non-committal, but with observers assuming that the financial incentives in the law will bring the vast majority of states into compliance with the expansion eventually. The argument is straightforward. Why pay federal taxes to allow other states to reap the benefits of expanded Medicaid payments, while trying to explain to your citizens why they don’t?

Back in Washington, with the block grant discussion deflected at least for now, there is a new challenge to the ACA’s Medicaid provisions. Since the Supreme Court determined that the federal government could not mandate participation by the state governments in the expansion of the program, all that is left to encourage participation is the lure of cost-sharing weighted heavily toward the federal side. Yet, should the overall budget debate require deep cuts in Medicaid, this coverage provision, and the sixteen million Americans who might benefit from it, could be at risk.

A second component of the ACA is the expansion of private health insurance, estimated to cover an additional sixteen million people. All individuals currently without coverage would  be mandated to purchase insurance. Those whose incomes are between Medicaid eligibility and four-hundred per cent of the federal poverty index (approximately $92,000 per annum for a family of four) would receive a sliding scale subsidy to assist them in doing so.

Policies would have a standard array of benefits, but the degree of cost-sharing chosen by an individual would determine his or her final out-of-pocket expenses. A financial penalty, small at first but increasing over time, would be applied to those not choosing coverage. In return for mandated purchase of coverage, myriad eligibility and financial standards were applied to the health insurance industry.

Tied into this second provision of the ACA, is another aspect of the law. Coverage would be obtained from private insurance companies, through organized markets called insurance exchanges. The ACA envisioned state administration of the exchanges, with a federally administered exchange as a default arrangement. These exchanges are to be in operation by January 1, 2014. The intention of these exchanges is to lower costs by providing transparency in the market and allowing those with less purchasing power (individuals and small businesses) to join together, thus achieving greater leverage in the market.

On Election Day, while only seven states had indicated an intent to defer to federal administration in the creation of these exchanges, a much larger number had expressed uncertainty or a desire to share responsibility between Washington and the states for an interim period. As with Medicaid, political forces in a number of states awaited election results. With deadlines looming in mid-November for state decisions, Health and Human Services Secretary Kathleen Sibelius has offered a short extension of immediate timelines.

While the electoral outcome affirmed the concepts of ObamaCare, the end of year budget debate could have significant effects here, too. There is a cat’s cradle of interlocking costs and benefits within the design of the system. As the law stands, the subsidy levels formulated to support the purchase of health insurance still place a significant burden on the individual. If end-of-the-year budget negotiations reduce eligibility for subsidies or trim their levels, then the costs for millions of individuals could simply be too high and the concomitant participation levels in the new exchanges could drop to a point that it threatens the overall system.

Word to the wise: Stay tuned.

The third leg of the ACA, Medicare for the nation’s elderly and disabled population, looms as a central part in Washington’s entitlement discussions, as does the future of Social Security. And here was the core of the campaign debate:

The ACA enacted more than $700 billion of savings in payments to Medicare providers and insurers over ten years. Governor Romney, in the campaign’s biggest fib before the “Jeeps to China” misstep in Ohio, vowed against rationality to repeal these savings but still somehow contain Medicare cost growth. When challenged, the response was to deflect attention outside the ten-year budget window to Congressman Ryan’s voucher proposal.

By contrast, the ACA institutes those savings and additionally establishes an Independent Payment Advisory Board to craft future spending-reduction proposals for up-or-down votes in the Congress and commits more than ten billion dollars to testing various health delivery and payment reforms over the next decade. Whether the Congress retains the outside board will also be determined in these final 2012 discussions. The longer-term restructuring is the third big risk in the Belmont Stakes finale.

While the sequester law that set up this end-of-year, fiscal-cliff scenario envisioned an additional two percent across-the-board cut in Medicare spending, the greater threat to implementation of the ACA may simply be in the appropriation levels supported by Congress to maintain the momentum of reform in ObamaCare.

Outside the immediate rhetoric of the campaign, the parties offered radically divergent views of health care and its future in the United States. The ACA moved, however imperfectly, to expand the number of Americans with insurance coverage. Republican framing of the debate focused on rejection and repeal. There simply was no “replace” in the final ads about Obama-Care.

The ACA has made its cost-control bet on improving efficiency in providing care, looking to the enormous cost-differential between American health care and that of every other advanced industrial nation. The ACA’s opponents sought to cap federal spending and let price pressure on the public sort out the future.

Between now and Election Day 2014, the ACA will come of age. The recent election results probably avoided an end of year Belmont Stakes collapse in its implementation. But the battle over every dollar in federal spending could undermine the delicate balance on which the coverage expansions and long-term health-care reform rely.

We may well have a Triple Crown winner in ObamaCare, but by the end of the day, it might not be the most handsome horse standing.

As noted, the President is beginning a remarkable second, first term. Yet, his ability (and his willingness) to bring a growing public coalition into genuine support of the changes envisioned by the ACA in our vast health care system is still uncertain. Beyond the celebration and triumph of November 6, 2012, much of the nation is still skeptical about where they fit in.

This thoroughbred still awaits the cheers of the crowd as it strides towards the winner’s circle.

Jim Tallon is the president of the United Hospital Fund, a think tank in New York City. He served previously as Majority Leader of the New York State Assembly. More of his work can be read here. Political cartoon by DonkeyHotey.