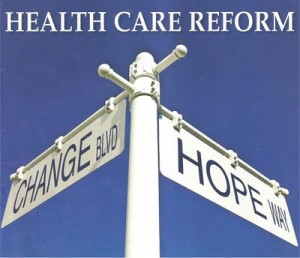 Yes, it is a big deal, especially against the backdrop of America’s historical resistance to health care change. While the ACA affirms and expands on what we already have, the short-term politics have remained intense. Following the Republican resurgence in the 2010 election, the law faces a symbolic vote for repeal — at least in the House — plus the aggressive use of the budget-appropriation process to limit implementation, and myriad legislative “inquiries.”

Seasoned health care observers look past the skirmishes immediately ahead, however, to the outcome of the 2012 election. A Republican President, with presumed Congressional majorities, would no doubt repeal most of the law. Less recognized is that Obama in a second term, whatever the makeup of the Congress, would likely pursue far more aggressive policies to reduce health care cost growth within a larger debt-reduction strategy. Either way, the future policy debate will occur in a vastly changed political landscape.

From the beginning of the current cycle, following the Obama election of 2008, the politics of the ACA debate have broken new ground. As advanced early in 2009, health care reform rode the twin forces of the electorate’s interest in improving access to care with a newfound urgency not only to address personal financial insecurity but to recognize health care’s place in the growing red ink of our public accounts. This was also a debate about future national economic security, a complementary part of the nation’s response to the Great Recession.

Given this perspective, the Administration sought to avoid the Clinton-era mistakes. They engaged the Congress, indeed within broad principles, gave it free reign. They attempted to keep the discussion bipartisan. Most importantly, one-by-one, they neutralized the opposition and even gained the support of major health care interest groups. They found Harry and Louise, the faces of the 1993-1994 opposition and produced a positive television spot. They knew it wasn’t going to be easy, but the feeling very much was, “yes, we can.”

Then, almost overnight, so much changed.

The bipartisan illusion evaporated almost immediately. Whether because of policy differences or simple opportunism, the Great Recession became a Democratic problem. An aura of collaboration on health care reform lingered into the summer of 2009, but even if the potential for agreement ever existed, the Tea Party takeover of August town hall meetings chased senior Republicans from the field. An entirely new phenomenon took form. It was now possible in discussing the legislation to just “make stuff up.” As when one senior Republican Senator told constituents that he would banish non-existent “death panels” from the bill,  or with the continuing attack on an illusory “government takeover” of health care, focus-group-tested talking points were repeated hundreds of times a day by partisan media outlets. The result was the debasement of overall political dialogue. As we’ve noted previously, Democrats demonizing the insurance industry provided a faint echo of the same trend.

Yet, still, somehow, the ACA passed, and in the months since, the health care debate has exploded to question the structure of the nation. We are now entering a states’ rights debate as profound as our eighteenth-century Constitutional dialogue about Federal power, or the nineteenth-century debate about secession. Listen to the rhetoric. Rather than comply with the ACA, how about nullification by the states? Would anyone prefer a loose Confederation of States?

Within criticism of the ACA, many have discovered a new-found energy for market fundamentalism: let the market sort out who pays for health care and how much. After three decades of flat middle-income growth, and recent real declines, and health care costs still soaring above economic growth, some feel it’s best to fix society’s contribution to the individual beneficiary and let the market sort out who can afford services. All of this within a broader context of extraordinary wealth accumulation at the top.

Finally, the critics say “repeal and replace.” But in the realm of insurance coverage, there is no “replace.”  The ACA expands coverage to approximately thirty-two million people. Scored by the CBO, the Republican alternatives presented during Congressional debate would extend coverage to only three million people. As one leading opponent to the law, Congressman Joe Barton, indicated, expanding coverage was just not a Republican priority. By any alternative tabled by opponents to the ACA, we still would be looking at fifty million uninsured now, and far more in the future.

How and whether can we govern the Republic?  How deep does our obsession with failing markets extend?  Is it time to end our aspiration of common obligation to one another? The health care debate has opened a portal to something far broader. Oddly, just more than fifteen years ago, many of the key features of the ACA were found in Republican responses to the failed Clinton proposals. In 1997, Senate leaders, liberal and conservative, joined to enact a major Federal expansion of coverage for children. In 2005, a mandate that individuals have coverage, now at the core of the ACA, was defended as “personal responsibility” by a Republican Governor in Massachusetts. The shift in language and content of the post-ACA debate is extraordinary.

The law has now become the vehicle for a far more profound conversation about the future of the Republic. From the beginning of heath reform’s current cycle, just two short years ago, until now, a chasm has opened, and not just on health care. For all of us, it’s now “Game On!” When they write history books about these years, “the big deal” will only be Chapter One.