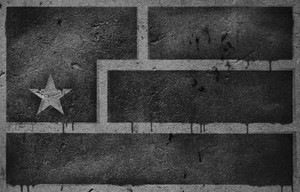 Democracy is the worst form of government, except for all those others that have been tried,” said Churchill.  Anarchism, true anarchism, is a state in which there is neither government, nor need of one as the citizenry has attained a level of consciousness and education which no longer requires the imposition of external rules.  That’s not been tried, yet, and maybe its better that we settle for democracy and try to understand its enemies.

Let’s not talk about Guatemala but rather of the country which considers itself the harbinger of democracy to an often reluctant and suspicious world, the United States.  Our neighbors to the north are currently in the middle of their electoral process, and many of its citizens are less than happy with their Presidential choices.  They complain of having to choose among the lesser of evils, just as we recently did in Guatemala!

One of the greatest complaints amongst American voters is the amount of money required to launch and sustain a presidential campaign.  Advertising costs, especially on television, make candidates give their highest priority to fundraising.  This forces them to accept compromising donations from political clients who later use that leverage to push their own interests ahead of the interests of the people.  Amongst the largest of these contributors are arms manufacturers, medical insurance companies and pharmaceutical firms.

The same thing happens in Guatemala, but in the United States the scale is much greater and its roots so much deeper.  The influence of money in politics has corrupted American democracy to the core and is dangerous to the rest of the world.  American voters are frustrated that the candidates’ proposals differ only minimally and none presents a clear vision of how America can recreate itself as a model of democracy.  Instead, the candidates promise national security at any cost, to stop wasting lives and money in Iraq, to clean up the country’s international image, universal healthcare and economic recovery.

Yet, none of these things will happen without seriously limiting the influence of money in politics.

The first three themes are related to abuses of power by the United States.  During its first hundred years, the country followed the precepts of Washington, Jefferson and Monroe – in the sense that they isolated America from the rest of the world politically and were wary of permanent and entangling alliances.  Rather, they chose to cultivate commercial relations.  Yet, with the passage of two centuries, the United States became unable to resist using it’s strength and influence on other countries both politically and economically beginning with its neighbors.  This was a mistake.  This process accelerated with the World Wars of the 20th Century and got completely out of hand with the collapse of the Soviet Union.  Yet, the United States craving to play master of the world has backfired.  It has become a target of terrorists and its democracy is eroding, for the reasons cited above and many more beside, from within.

Power corrupts, as the United States has again proven with its abuses in Iraq, Afghanistan, Guantánamo and even Guatemala.  Abuse of power has become accepted by the majority of Americans in the interests of a few and now in the name of national security.  External abuses eventually become internalized and now Americans have to live with economic injustice, loss of personal liberties and the corruption of their own democracy due to the influence that the military/industrial/media complex exerts on the nations politics.

Great size grants great power, but also levels of corruption to match.  It is unlikely that any new president can alter the facts – he’ll be like the captain of the Titanic seeing the iceberg far too late.  The only salvation for American’s democracy is for the country to relinquish its dreams of empire.  It could do so by dividing itself into several small, rich and successful countries.  It should, in short, invert it’s national motto – and become Out of One, Many.  Our new neighbors to the north could become countries many countries:  The United States of New England, California, The Midwest, etc.  Each new nation would have its own president and legislative branches – and separated economies.  The citizens of these new states would still be able to thrive financially and their countries would no longer be the target of terrorists who so hate the influence of the current American Empire.  Most importantly, the citizens of those new countries would have the chance to live in thriving democracies, with laws and rights respected and governance that had recovered from its addiction to power.

Another sad chapter in the fight against impunity.
By Victor Ruiz
Monday, August 4th, 2014