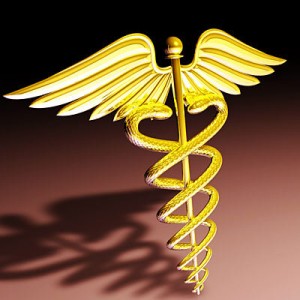 Democrats have struggled with one self-created issue, the “public option.”  A core group on the Left has long argued that a single, public payer should fund all health care services. Everyone would be covered. Benefits would be broad. Costs would be controlled. Taxes would be raised on a progressive standard. While not a perfect analogy, “Medicare for All” was the cry.

As health reform loomed as a likely 2009 issue, veterans of earlier unsuccessful single payer debates argued that public health insurance could be advanced by assuming the language of “market choice” and the vision of public insurance competing with private insurance carriers.  Interesting idea, said the analysts. If a public plan paid rates similar to Medicare and required participation by providers, the effect would be huge – more than 100 million enrollees, billions in savings; not competition with private insurance but outright victory. The public foot in the door sought by advocates became a gigantic looming presence which, under protest from numerous health care interests, was quickly put under wraps in the policy debate.

By the time a reform bill was voted on in the House, the original notion of a robust public option had been neutered. The Congressional Budget Office estimated that the revised public option, with voluntary provider participation, limitations on who would be eligible to take part in the plan, and negotiated rates of payment rather than rates tied to current Medicare reimbursements, would attract barely four million people. In some markets, without the ability to rely on Medicare’s rate structure, the public option could cost even more than private insurance. An incremental opportunity seen by advocates had burst into a supernova and then receded into a political symbol. But symbols endure in the public mind.

With health reform now virtually wholly within Democratic auspices, how to handle the public option hot potato took center stage. With a logic found only inside the political brain, Democrats in the Senate advanced a voluntary buy-in to Medicare for persons between 55 and 65 as the “alternative” to a public option. One left-leaning House member blurted out a version of, Hallelujah! Joe Lieberman responded with a firm, “No.”  With the public option dead in the Senate, agreement with the House on this now symbolic issue remains as one of several final barriers to passage.

To the consternation of many, abortion coverage emerged, as it has for now almost four decades, as a major source of division. With believers on both sides deeply divided on the underlying issue, there was near unanimous agreement that the goal of negotiations was to retain in health reform a long standing principle that federal funds would not be used to pay for abortions. But moving beyond the simple prohibition on federal Medicaid payments for abortion contained in the 1976 Hyde Amendment has proven a major challenge in the world of health insurance exchanges. “Indirect” subsidy is now the concern of the anti-abortion movement. Pro-choice members, almost universally in support of broader reform, resist a concession too far on the issue of abortion.

There remain significant differences between the House and Senate on how to pay for the coverage expansion and for the premium subsidies critical to assuring affordability for lower and middle income beneficiaries. Early on, the House looked to a tax surcharge on upper income individuals for the bulk of the bill’s financing, Under small business pressure, it amended the income standard even higher than original proposals, placing the additional costs on a narrower group of taxpayers with over $500,000 in annual income, families over $1 million. The Senate has spread fees around the health care industry and proposed a surcharge on health insurance companies offering costly and especially comprehensive benefits. Despite push back from unions and from high cost states, the Senate approach has special appeal to those who believe more broadly in taxing health insurance benefits. Since most numbers are divisible by the two sides, anticipate a mix and match compromise.

In truth, the bill has potential for cost reduction but no guarantee. Faced with almost the same dilemma in 1993-94, the Clinton administration proposed stand-by authority that would allow the Federal government to impose mandatory reductions in the growth of insurance premiums and provider payments should the competitive arrangements in their proposal fail to limit cost growth. The broadly based negative reaction to this stand-by provision contributed to the defeat of the Clinton proposal.

So time will tell on the issue of costs. It seems likely that the bill will enable the Federal Medicare program to experiment with alternatives to fee for service payment, investments in information technology, pilot efforts to improve care coordination, and, perhaps, an expanded independent commission to constrain Medicare cost growth, all elements of an aggressive cost control strategy.

These Medicare provisions could lead to broader change. In an earlier era, private insurance was quick to adopt the so-called DRG hospital reimbursement system which Medicare had advanced to pay the total costs of a hospital admission rather than paying hospital costs on a per day basis. Paying by the admission reduced the incentive for extended hospital stays. Private insurers quickly endorsed the new practice.

A further proposal in the current bill, to test a Medicare payment system which would include all hospital and physician costs in an single “episode” of care, if successful, could set a new industry standard.  Were states to adopt these new payment methods in an expanded Medicaid program, the cost reduction effect would be even greater. As noted above, paying fees for individual visits, tests, and procedures creates pressure to increase volume. The antidote is to “bundle” the payments, shift financial risk to the providers, and monitor aggressively the quality of their performance.

The final question is whether a reform bill can survive the political cycles immediately ahead. Republicans have chosen total opposition. Democrats, you own it!  Whether in next year’s midterm elections or during the judgment on an Obama second term in 2012, the rhetoric will stay at fever pitch. Democrats will cloak the bill in the memory of FDR and LBJ, with JFK thrown in for good measure. But in the end, given the extraordinary political events which have brought us to passage of the health reform bill, success in making it work will emerge as the Democratic imperative.

Perhaps the only way to deal with our metaphorical outbreak of myopia is to achieve more fairness and better value in the personal experiences we and our friends and families have with health care. Like Tip O’Neill’s observation that all politics is local, health care, too, is up close and personal. The test of the grander vision of health care reform may be in the small print of real improvement, exactly what the nearsighted may value most.