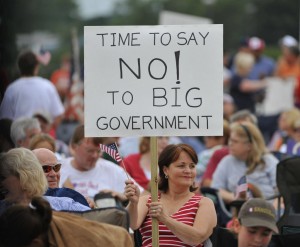 By the way, there’s still a Health Care Debate going on within this complexity of procedure and politics. In some ways, the debate has become simpler to understand. On insurance coverage, Republicans have now affirmed that they see it as an issue for a future tomorrow. Market-driven incentives from the Republican side would add only three million people to the insurance rolls, and if they were in the majority, it’s not even clear that they would vote for their own proposals. The Democratic proposals now focus on adding somewhat more than thirty million people to insurance rolls. In response, Republicans promote concerns about increased federal spending, while simultaneously attacking provisions within the bill that would constrain the growth of Medicare costs. Democrats counter with Congressional Budget Office estimates that their plan will reduce deficits over the coming decades, even as they struggle to identify a mix of short and longer term revenue streams.

At this point the Democrats keep bashing the private insurance industry, having been offered an extraordinary target by a proposed 39 per cent rate increase in one market segment by the California plan of a major national carrier. At a Congressional hearing called to focus attention on the issue, Congressman Mike Burgess, a Republican physician from the Dallas area, said, almost plaintively to the insurance executive in the hot seat, “You had to know this would be trouble.”

For their part, Republican leaders have almost abandoned reference to the specifics of Health Reform. Senator John McCain focuses on the “special deals.” House Minority Whip Eric Cantor carries a copy of the two-thousand page House bill as a physical representation of “big government.”  And the Republican chorus harmonizes on the refrain, “starting over.”  And up until very recently, the Republicans were scoring huge political points by reminding the President that during the campaign he had promised to have the bill debated publicly, on C-SPAN. To which he ultimately responded, “OK, let’s do it.”

In the end the C-Span Summit won’t be confused with the Constitutional Convention in Philadelphia. Republicans got a chance to both tell their side of the story and repeat the focus group tested words of fear about big government. They downplayed angry, led off with warmth and reason, and put on display their new generation of leaders.

Democrats told personal stories, none close in impact to the President’s opening comments about his experiences through his mother’s losing battle with ovarian cancer, and his own fears when his young daughter contracted meningitis. Unfortunately, Democratic leaders also brought the sniping tone of legislative debate to the table. But finally, Barack Obama was on the field. He had offered an outline of modest changes, taking some edges off the Senate bill earlier in the week. To Democrats in Congress, he said, ‘get on board.’ To Republicans, he said ‘you don’t offer a solution.’ To the broader audience, he said ‘let’s focus on the major elements of the bill and the problems we all face. This is my bill, and I know what’s in it!’ Whatever other political spin can be placed upon the summit, it was clear that no one at the table had a firmer grasp of the issues surrounding the Health Care Debate than the President.

This is my third La Cuadra essay on Health Reform. I don’t predict an outcome for the legislation or for the surrounding politics. But, two major issues have been lost in the debate. While the final bill, whatever it will be, will contain numerous provisions and pilot programs which will shape and improve the delivery of health care services in the United States, neither political party has been willing to discuss fundamental changes in the way we currently receive health care. In the end it will be how services are organized, how we use them, and how they are paid for that will determine whether our system improves.

Additionally, in this fundamental debate about one sixth of our national economy and the lives of each and every citizen, both Republicans and Democrats framed the debate in the terms of personal interest. Republicans said the government will threaten your freedom. Democrats said that you need protection from the insurance companies. The notion that we’re all in this together never took center stage.

As America woke up to learn that Scott Brown had been elected to the office held for almost five decades by Edward M. Kennedy, perhaps more had changed than the partisan count in the Senate. We were, and are, still so very close to the legislative goal of Ted Kennedy’s lifetime. But the sweep of common purpose which had defined the political vision of the Kennedy brothers may have passed.

And an uncertain time lies ahead.

Or, The Brazilian Supermodel’s Got Brains, too!
By John Rexer
Sunday, January 13th, 2008