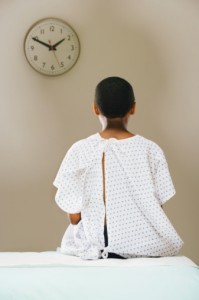 “I’m not the first President to take up this cause” (without a doubt), “but I am determined to be the last.”  No way!  Whatever happens this year, our demographics, health care’s costs, and our curiously fragmented approach to paying for health care will keep the issue front burner for years to come.

These words are written as the houses of Congress struggle to finalize their individual proposals, with weeks of contentious debate ahead. The specifics will change; the major issues will not. Polls show that almost sixty percent of Americans report confusion about the proposals. Here’s an attempt to cut through the debate.

Asked to provide one kernel of truth, a researcher friend comparing the health systems of the United States with other major industrialized countries said, “In [other] countries the idea of someone going bankrupt because of medical bills, it just does not exist.” In the United States, to all of life’s other uncertainties, we link the risk of personal economic catastrophe to serious illness.

We spend twice as much per capita as any competitor country. Health care’s share of our larger GDP is half again ahead of the nearest nation. While we benefit from extraordinary technology in individual cases, population health lags. Compared to our own economy, insurance premiums grow at three times earnings. Today’s average family premium of just over $13,000 per year could reach somewhere between $24,000 and $31,000 ten years ahead.

Most importantly, our system works exactly as it is designed.

The underlying structure is fairly simple. We rely on public insurance for the elderly (Medicare) and, with great state by state variation, the poor (Medicaid).  Employers voluntarily add health insurance as a tax advantaged fringe benefit for 165 million workers sometimes including their families. The percentage of jobs with coverage has narrowed over two decades. Recent years have seen a big jump in cost sharing by the beneficiary. There’s a small costly market for individual purchase of coverage. Otherwise, you’re on your own. Through action and inaction, we’ve designed it this way.

Neither are the costs a mystery. As believers in a free economy, everyone who sells health care (pardon the crass term) maximizes price, volume or both. Doctors choose higher income specialties. Hospitals fill beds. Drug and device makers argue that higher pricing of new products fuels advanced research. Advertising encourages “ask your doctor” demand. Underlying all of this is a unit of service based fee structure where increased tests, visits, procedures, admissions (and readmissions) generate increased revenue. To be sure, insured patients are protected from the full costs of their care. But when facing big ticket expenditures, the patient’s usual reply is “yes, doctor.”

The insurance industry plays a supportive role. After a brief, highly unpopular, foray into “managing care,” companies have retreated into managing risk. The first lesson at insurance school is that covering healthy people is the road to a healthy bottom line. “Benefit design” is the current buzz, narrowing benefits, increasing deductibles and co-payments, thereby attracting and retaining healthy people by offering them lower premiums.

Of course, it isn’t this simple. Nor is any of this a morality play.  We are simply following the design and the incentives of our own system. Enter Obama and the current debate.

Despite all the tempest, the debate is about filling in the gaps of an existing system. Neither side has played its ideological card. Bush 43 era conservatives have not surfaced their individual purchase, tax credit, free market ideas.  Or perhaps they have simply been overtaken by their own anti-government fundamentalists or anti-Obama opportunists.  Obama/Clinton Democrats have gone nowhere near a single payer replacement for the current mixed system, opting to politically freeze the left with a proposed public plan which would compete in a restructured market.

With all of the complexity pushed aside, in the end there will be four key tests for an effective bill.

First will uninsured people be able to buy decent coverage at a price they can afford? The vision behind most of the bills is that an uninsured person would have a range of understandable choices, with government subsidies sufficient to afford the premiums. The insurance industry would abandon its risk-limiting practices in return for the requirement that everyone have coverage. The special challenge is to find the right balance among costs, subsidies and benefits. How much  should, for example, a $50,000 per year worker with a family but without employer coverage, have to pay when we total up his premiums (after applying a subsidy) and his out of pocket deductibles and co-payments?  Many would argue that net costs above ten, some would say seven, even five, percent of his income may simply make the whole package unaffordable to the working guy without coverage. Faced with that squeeze, the danger in the end is that Congress will choose stripped down benefits. Win the battle. Lose the war.

Special Commentary - Bolivia, the Defeat of the Right