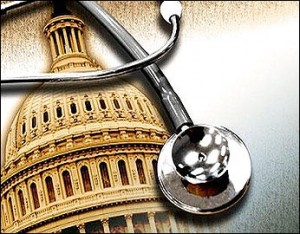 Second, are we finally going to replace Medicaid’s welfare rooted eligibility categories and state by state income variation with a common national standard?  Despite push back from Governors bargaining to limit state costs, there is remarkably broad support to set a national floor of roughly a $25,000 to $30,000 family income level for government supported Medicaid coverage. Not just for moms and kids but for everybody. By contrast, a working parent today in Texas or Alabama is excluded from coverage if their annual income exceeds $5000. Twenty-five million additional people could benefit from improvements in this public program.

Third, can Congress find roughly $50 billion per year in new taxes, plus savings from current health care spending, to pay for a reformed system? Current estimates are for a $900 billion plan over ten years which would be paid for by roughly equal shares of cost reduction and new revenue. The President promises no new increase in the national debt. How then to raise the revenue? Tax the rich? Tax generous insurance plans? Add fees to the firms who make drugs and medical devices?  No one taxed will be happy. But we’re talking $50 billion per year for a health system spending well in excess of $2 trillion annually. Lots of dust, lots of shouting, but in stimulus terms, the new revenue numbers are at the margin.

Fourth, the Big Kahuna is whether the rate of growth of health care costs can be reduced over the next decade. “Bending the Curve” is the phrase of choice. Here the politics have largely avoided real debate. Neither party wants to mention that this part of the debate is all about how care is provided and paid for in a system currently designed to maximize revenue.  Republicans attack the government; Democrats demonize insurance companies, arguing that competition by a public plan will push other costs down.

It’s all a bit hazy. In the end there are really only a few choices. Apart from both the aspiration and rhetoric that we should all be thinner and healthier, the tools to hold down costs are to consume fewer units of service or to pay a lesser price for them. For example, generic drugs can often give us therapeutic value equal to the newest brand name formulation at a lower price. Extending this “value equation,” some argue that government or an independent entity should assemble scientific studies to compare the effectiveness of various treatments. A traditional cost cutter is as simple as shaving a percentage point or two off an annual price increase. The core of the debate, however, is to replace the largely fee for service payment system with an approach that rewards better outcomes, measured, say, over the entire episode of an illness. Don’t pay for more; pay for better. A key test for a final bill will be whether the Medicare program is empowered to lead the way toward new forms of payment.

Beyond the specific challenges of the legislation, all of this is an extraordinary lesson in American politics.  Republicans have chosen virtually universal opposition. Defeat the bill and we defeat Obama say some in Congress. Democrats are aware that adding health reform to Social Security and Medicare as a successful final leg of a Roosevelt/Johnson/Obama domestic Trifecta could support their future majority status. But as of now they lack the cover of bipartisan support.

Major interest groups, unlike 1994, are invested in success. Bargaining modest concessions with the White House, those closest to the action know that failure of the reform debate this year leaves a broken health care system with cost increases projected to bankrupt existing programs in the decade ahead. Without action to alter direction, future budget deficits will fall heavily on those who provide care.

Main Street constituents, however, still fear change. Should a bill signing occur by year’s end, Washington rumor suggests a “repeal” effort in 2010, not seriously to reopen the debate but to use voter fear and frustration to undermine incumbent members of Congress who vote in support. The issues will no doubt again resurface in the 2012 election and for some time to come.

Oddly, what may seem as easy political compromises or issues avoided in the months ahead may in the end sow the seeds for future demise. Health reform is so big that it really has to work. New revenue sources need to generate real money. Subsidies have to work sufficiently to allow mandated purchase of insurance to seem fair. The benefits have to be sufficient to pay for the bulk of the care we need. Washington and the states need a balance of responsibilities sustainable through economic cycles.  Somehow market incentives or government action, probably both, have to change both the method and the level of provider payments.

And so the big question isn’t passing a bill, or even sustaining support during the Obama years. It’s whether all of American health care’s myriad dimensions can work in a better way. President Obama won’t be the last to face these issues.