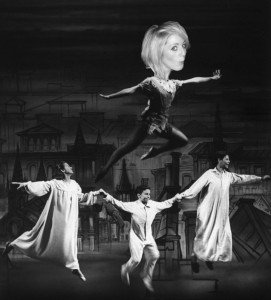 With its cobbled streets, leafy courtyards, and views of three sexy-ass volcanoes — one of which sporadically erupts in an endearingly sinister way — Antigua wields a strange power over the foreigners who live there. A saucy temptress indeed, this beautiful city seduces one wide-eyed wanderer too smart to grow up after another.

For those who think they are just passing through, pah! Don’t be so sure. Slip into something more comfortable and succumb to the kingdom of fairytale friendships, lost boys and eternal spring. But beware, for this is an enchanted land and things are not always as they seem.

Time has no meaning here. There is no past, there is no future. Months will slip by unnoticed. You won’t even realize you are forgetting where you came from or where you are going, but if you pass the event horizon it will happen, gradually. Relentlessly and gradually. Your contact with the outside world will become less and less important. Wider political and social consciousness will ebb away into dreamlike insignificance as you enter a parallel universe of mute-colored one storey buildings and working both of your buttocks off for free.

Within the first couple weeks of arriving in town I was hanging out in the doorway of the Black Cat Hostel making a bracelet out of string (the sort of carry-on which is only legitimate if your worldly possessions are kept in a duffel bag) when I met a guy who told me he was on his way to the airport. As far as he was concerned he was definitely, one hundred percent, leaving.

That was two years ago. He is still in Antigua. He has become one of the town’s big names: a member of the Café No Sé inner sanctum, a component of that central core of individuals who are as much a part of Antigua as the children with little silver teeth and the phrases “Guate, Guate!” and “Meet you at the fountain.”

I long since came to the conclusion that in some dark and forgotten past, a mezcal-sodden pact was sealed with the gods dictating that, were one of this sacred circle to depart, the foundations of the city would crumble, a wide tear would split the time-space continuum open and John Rexer, publisher of this magazine and one of the default captains on this ship of fools, would have to go work in a bank.

Yet, despite this strong community of “permies,” Antigua is, by nature, an extremely transient place. Those who set up shop here quickly learn, in the interests of self-preservation, that forming attachments to people who aren’t planning to form a part of the central massif isn’t a good idea — and a sort of distrust and avoidance towards “short-termers” evolves. Don’t take it personally. You’ll either be gone or, rather more likely, will become one of us soon enough.

The opening question when meeting newcomers becomes, “How long are you planning to stay?” If the response is less than six months, then unless you are extremely attractive in that why-not-let’s-have-a-root sort of way, or if you make us laugh so much a little bit of wee comes out, the general rule is that you will be shunned by the permies.

It just gets a bit tiring saying goodbye all the time. Plus, the average parting gift from a nomadic mate usually involves them spreading the contents of their traveling sack across the pavement and generously inviting you to take your pick between a lacrosse t-shirt which has certainly seen better days or a sweat/piss/beer stained copy of The Life of Pi.

And what actually happens when somebody leaves town? No one knows. When you are on “the inside,” it seems to be one of life’s great mysteries. You’ll hear people talking about those who have left in the same way one might talk about someone who has died — reverently and with hushed tones. “Ah, you do remember how Nick used to love this song . . .” or “Hannah would have loved this if she were here.”  You see, once the Antiguanisation process has been initiated, it is difficult to imagine a world which exists beyond the Lake, let alone Flores. London? Certainly not.

I think many can identify with the idea of there being clearly defined chapters in the life-cycle of your average ex-pat Antiguanite. These differ from person to person, but the crucial and common denominator of each of these intense phases is consuming. This leads to the distinct impression one’s whole life has been spent within the city’s boundaries and makes it hard to think back to what came before. Or comprehend what could possibly come next.

After my obligatory “learn Spanish and salsa while climbing Pacaya and living with a host family” stage, I moved into my “I’m such a cool penniless traveler” honeymoon period. I spent mine in a shack-like dwelling on what may reasonably be referred to as the shadier side of the calzada. Sharing a bed with two Argentineans, one Brit and a dog called Jack, we slept under towels and used pillows we later found out to be stuffed with sawdust and straw.

For me, and for many others before me I’d imagine, the romanticism of living on microwaved eggs and Lucky Strikes eventually gave way to “get serious, get a proper job and find a house with an oven that was actually connected to the gas.” And so on it went.

At each level, I became further embedded, living in symbiosis with the town and with the people around me.

But then, one day, flaunting my carefully reviewed selection methods, the first of my great companions, one of the people I’d shared this experience with from the beginning, decided to embark into the unknown. And they were not just going to the next city along the Gringo trail, but were actually, properly, leaving for home. It was sad, but not such a groundbreaking deal at the time, I thought. Yet, from that moment on, the boat was irrevocably rocked.

So, after a few more months of obsessing about “the future,” I left.

All of a sudden, really.

I took the plunge, paying extortionate amounts of money to transport blankets that cost four shillings, along with pieces of “interestingly shaped wood” found on the beach, back home, and I flew. Up, up and away.

The volcanic landscape gave way to the flat plains of Texas, to the Atlantic Ocean, to the agricultural grid of Europe. Touching down on the runway, I floated through baggage reclaim in a dream.

I stared at her blankly. If awards were given out for the most ridiculous questions ever asked, it should have been brought forth at this point. I realize I am crying. She motions me through without further interrogation.

It is grey and cold. I start to think that maybe, possibly, I have made a bit of a mistake . . .

The immediate period following my departure from Guatemala was almost identical to grieving a broken romantic relationship: The comfort eating, the getting-my-hair-done an unnecessary amount of times, the distracting myself with nights out on the razz. Yet, all the while, the same niggling doubts went round and round through my head:

Have I done the right thing? Should I have given it another go? Maybe I was too hasty. Crikey, I bet I’ve been replaced by now. I bet I’ve been forgotten already. Maybe Antigua is already sleeping with a new bird! Already!

Things would be different if I went back, maybe I could make it work this time? I think I’ve changed, maybe we both have? Antigua, I can’t stop thinking about you. ARGH!

Fuckity-fuck. Antigua, what the hell have you done to me?

A strange sort of desperation took over, with Facebook adopting on a whole new significance in my life. I spent hours endlessly “liking” any statuses involving chat about avocados or hints of the latest La Raiz banter. What is going on in Guatemala? Who is sexing whom in Guatemala? SOMEONE GET ME BACK TO GUATEMALA!

I started to do that thing people do when that can’t get over an ex-lover. I was meeting up with anyone and everyone who had even a remote connection to my former amor, which in this case just happened to be a faraway place between the hills, nestled gently in the Panchoy Valley. Any average old Joe who knew about La Merced, or La Cuadra, or that Rosa de Jamiaca wasn’t the cousin of that hot guy who works at Nandos, was hugely appealing. Compelling.

My parents even orchestrated an intervention in the form of a lunch with a random Mexican family — not even Guatemalan, Mexican — in the hopes that the Central American proximity would help revive me.

Though they were lovely people and whipped up a mean prickly pear pie, it didn’t.

In the end, I have had to shift to another country entirely in a bid to move on. And I’ve gotta be honest, despite an abundance of carpentry and tea, Turkey ain’t cutting it so far.

But maybe it is too late already. Perhaps, by now, “home” is as faraway a concept to you as it had become to me, vaguely associated with blurry figures who knew your name once upon a time. In that case, the breadcrumb trail you carefully scattered behind you has long since disappeared.

You’re lost. You’re one of us.

Hannah Wallace Bowman first knocked our socks off several years ago when she lived in Antigua and wrote a couple of genius pieces for La Cuadra. Then, pursuing journalistic and storytelling opportunities in Europe, the Middle East and Africa, she headed out into the wider world. Now she's come home and we're on pins to start collaborating with her again in the coming months and years. Welcome home, beautiful and brainy, we've missed you terribly.
Read more by Hannah Wallace Bowman

Our London Lass Gets a Date in Zambia
By Anne Wgglebottom
Monday, March 21st, 2011

Terrible But True - A Visit From Mom and Dad

When the Aged P’s Came For a Holiday
By Hannah Wallace Bowman
Friday, September 30th, 2011