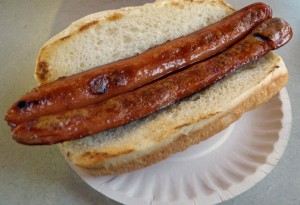 When the rain comes down in Bangkok the grit and filth of Kho San Road isn’t washed away but pushed around. You wade through it as slur-pee cups and used condoms swirl around your ankles. Rats make for the high ground of dumpsters. The T-shirt sellers, trinket hawkers, prostitutes and tourists are pushed off the streets and into the yawning orifices of piss-stained bars and hotel lobbies that reek of sex. When the rain stops the condoms drift back into the gutters and the prostitutes slink back out to their street corners. I was walking through that cloudburst dirt world when I ran into Ed.

Big Irish Ed. I hadn’t seen him in months, not since jumping the border into Laos. It was a little disconcerting running into him there, his meaty paw suddenly on my chest and a rough, “Where do ya think yer goin?” I looked up.

He followed that up with, “Holy shit man! What are you doing here? I thought you’d gone home!” We embraced in the rain and scurried for our own high ground, not a dumpster but the Center Kho San Bar, ordered a couple of liters of Chang beer, (it’s cheaper than Sing-ha and they both taste like chilled sweat anyway) and filled each other in on our last few months of ramblings.

One beer turned into three of four, the rain stopped, and a couple of girls materialized at our table. The one sitting next to me introduced herself. I don’t recall her name but she said, “You are so cute! You call me Mom, OK?”

She was good looking, and figuring I might want, or be able, to make out with her later, I made a conscious decision to mentally change the spelling to ‘Maum’ and pretend it was just another unfamiliar Thai name. If I could convince myself that this was the case, it might be easier to employ her chosen moniker during sex.

From there the night swirled into disarray. My senses collapsed into a puddle of neon lights, bottles, pool tables and brightly colored cash. We were led down a staircase and into a red-lit bar where regular size Sing-ha sold for the barbarous price of 80 baht. Over throbbing techno music Maum asked what I did in the states.

“Nothing,” I shouted back.

“Then how you pay come to Thailand? Your mom and dad pay?”

“No,” I yelled. “I seduced a widow, got into her will, and then killed her and collected the money. I’m very rich now.” She stared at me. “Do you know ‘widow’?” I asked. She stared a while longer and then leaned in very close.

“Slow poisoning.” A nearby couple was looking at us now. “I made her soup every day and put a little bit of bleach in it.” Her eyes bored into me for a few seconds, and then she laughed, threw her head back, climbed into my lap and started kissing me.

I suddenly found myself in a neon lit room standing next to a cracked pool table, cue in my hand. Ed told me it was my shot and laughed when I asked if I were stripes of solids.

“No!” Maum squealed, grabbing my arm. “You colors. Maybe you drink too much.”

And then she was leaving. Her friend was staying with Ed, but she was leaving. Without me. I slurred something about walking her home, but she just shook her head, kissed me once more and walked out. I looked at Ed. “Well… Guess I’ll get going. I have a flight in the morning.” We knew we would most likely not see each other again, so we said our overly-emotional drunken guy good-byes and I stepped out into the fish-steamed Bangkok night, wondering where I might find my hotel.

After wandering a while through alleys I saw something I recognized and made my way back to the vile tourist hell of Kho San Road. I stumbled into the first bar I saw, Gulliver’s, and resolved to drink until someone made me leave or I threw up on myself, whichever came first. I talked to no one, ignored the ubiquitous bar girls, and tipped enough to keep the beers coming. Eventually a young Thai man approached and asked me to vacate the premises. I felt a little nauseous and thought for a second that I might accomplish BOTH my goals, but my insides stayed inside and I shuffled out onto the street.

Walking up the road I spotted a pad thai cart and managed to catch up with it which was difficult even though it was stationary in the middle of the street directly in front of me. I already knew that pad thai with egg was 30 baht on Kho San, which was good because I couldn’t focus on the sign, let alone read it. Finding that my pockets contained exactly that amount excited me.

Terrible But True - A Visit From Mom and Dad

When the Aged P’s Came For a Holiday
By Hannah Wallace Bowman
Friday, September 30th, 2011