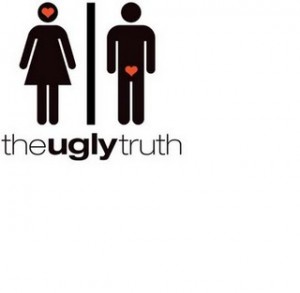 &#8220;Look!” I shouted at the elderly Pad Thai Lady. “Look! It’s…it’s, it’s all….It’s all I have left. That’s EVERYTHING!” I flourished a handful of bills and some lose coins at her. “It’s thirto…thirty baht for egg….pad thai. Please.” She took the cash, shook her head at me and dropped an egg into the wok.

While waiting the four or five minutes for my food I looked down the street and noticed two girls walking up the street towards me. I closed one eye. It was only one girl. One girl walking up the street towards me. The Pad Thai Lady handed me a paper tray and a couple of sticks. I heaped a spoonful of chili flakes on top, took one bite and immediately got the hiccups. As I gamely persevered through the nuclear spice of the dish, hic hic hic-ing all the while, a high voice suddenly rang out next to me. “Hello,” it said.

The girl from down the street was standing next to me, fading in and out of focus, watching me shovel noodles into my mouth between hiccups. She was Thai, maybe five-foot-four, with straight black hair, incredibly short shorts and a sheer pink tank top with no bra. I had never (and still have never) paid for sex, but it occurred to me that were I not completely broke this might have been the time to give it a go. Wow! I thought, She’s hot! I think!

“What is your name?” She asked.

“It’s uh *hic* uh… Kevin,” I sputtered through a mouth full of bean sprouts. She pulled down the top of her shirt revealing pierced nipples.

“You like this?” Whoa! Four breasts! I closed one eye. Two breasts!

“Maybe you like to come home with me?” She let her top spring back up and smiled.

She frowned hard as she slapped me across the face.

“I am not a working girl!” She turned away for a second and then turned back. “So you want to come home with me?”

Five minutes later we were standing outside a nondescript door in an alley as she fumbled with her keys. Then I felt her hand in mine and she pulled me inside. I fell down on her bed and was surprised to discover her tongue in my mouth. I pushed her away for a second.

I don’t remember taking my clothes off, but I do remember performing maybe forty seconds of sloppy and, I’m sure, woefully inadequate oral sex. I was drunk, it was dark, and my knowledge of vaginas was fairly limited, but I sensed nothing awry. She pulled me up and put on the condom. Very quickly it seemed. As if she’d had a lot of practice.

“You have a big penis! Men here have a very small penis, but you have a good big penis!”

“Oh…Thanks.” I started to lie down, thinking she could do most of the work, but she stopped me.

“No. Like this.” She lay down, spread her legs and sprayed her crotch with lube from a jumbo sized bottle that had been on the night stand. “It’s only good like this.”

After that it was only darkness, lips on lips, loud moans and panicked, a-rhythmic thrusting. I have no idea how long it took. We never switched positions.

I woke up confused, sunlight filtering in through a window I hadn’t noticed before. I reached over the side of the bed, found my pants and pulled out the band-less Timex that served as my watch. Just after six in the morning. Three hours to make my flight. I got up, teetered, sat back down and held my throbbing head for a few minutes. Glancing behind me I saw her laying spread eagle on her back with her mouth open, snoring softly. Her face looked rigid and severe, her tits stuck out at strange angles and her makeup seemed to have been applied with a spatula. Shit! Did she look like that last night? I got up, pulled my pants on and looked around for my shirt. It was at the foot of the bed. As I bent to pick it up I found myself looking directly between her legs. I stopped. Her position afforded an excellent view and a ray of light from the window splashed across her labia.

Something wasn’t right. I looked closer. The hair distribution was odd. I put one hand on the bed, bent down, and looked closer. That’s when I saw them. Little white tick marks surrounding her vagina. Almost like…like…surgical scars.

I stumbled backwards and paused against the wall, surveying her. Are those fake tits? She doesn’t really have any hips at all! Oh fuck oh fuck oh fuck. I threw my shirt over my head and turned towards the door. She woke up.

“Stay! You stay a little longer!” I opened the door.

“Nope. Sorry. Gotta go.” I slammed the door behind me and walked back to my hotel room with my head down. Back to an airline ticket and escape. Sitting on the plane, watching Bangkok shrink into obscurity below me, I vowed to never speak of the previous evening’s events to anyone. Ever.

And for almost seven years I never did.

Kevin Petrie lives and works in Antigua where his prodigious Mezcal consumption has apparently dulled any sense of shame he may once have had.

To read other Terrible But True stories, click here.