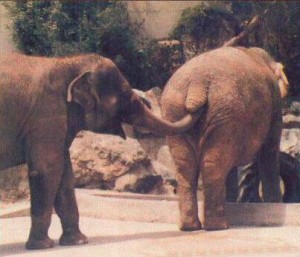 The building had the air of student rental, with a notion of cleanliness a touch more maverick than I’d hoped. I might be there for one of the dirtiest deeds of my life, but I wanted no smears of those who had been there before me.

Questions tumbled around my mind. Was I adequately groomed in the vital areas? And how would one define adequately groomed for this situation? What topics of polite chit-chat would be appropriate during the procedure? All crucial issues, but not covered in the FAQs when I’d booked my colonic irrigation.

Hiding in a cupboard at work the week before, I had called to make the appointment. The clinic didn’t answer, but as soon as I’d slipped back to my desk and retuned my mind to things non-faecal, they called me back.

“Hello, this is Anthony from the hydrotherapy clinic. You tried to contact us?” His accent was cold, somewhat boxy, likely Eastern European. All you want when you’re about to broach something as hideously undignified as colonic irrigation is that the person sounds friendly. A warm middle-aged lady. A hearty “don’t worry pet, I’ve seen it all before.” An Irish lilt perhaps. This voice was gruff. These conversations don’t lend themselves to gruff.

“Sorry, just bear with me a moment.” I darted along our open plan office to the stairwell.

“I don’t understand you!” he barked. Baargh!

You might presume that Anthony, receptionist of a well-being clinic, would be adorably flamboyant – that a chat about putting things up bums might lead to some riotous double-entendres and an uplifting sense that I’m a tremendously right-on sister.

Anthony was not flamboyant. His accent was not lilty and forgiving. He was incapable of sensitive delivery. Everything he said sounded like directions to the gas chamber.

“I’d like to book an appointment for colonic irrigation,” I tried.

“Um, when do you have available?”

“Well, actually, my friend and I want to do it together. Can we have an appointment at the same time?”

Anthony paused. “Er. Together?” I think he said “er.” He might have said “eurgh.”

“Just at the same time,” I clarified.

“It is a private process. You really will not want to be there with your friend.”

“Oh no! I meant just having the procedure at the same time.”

“We absolutely don’t recommend this.”

Burning shame! Burning shame! “Not in the same room. I mean, do you have more than one…” what were they called? Should have researched more carefully! “…hose? More than one hose that you use?”

I’m not sure what he was doing in his silence. Shall we say dry-heaving? Yes, that’s probably it.

“Perhaps… perhaps better that you and your friend come separately?” He had clearly decided that I have absolutely no personal boundaries. You don’t want that kind of thing marked on your record when you’re booking a colonic. I agreed to go alone.

It no longer seemed a good idea, but I was too intrigued to turn back now. According to my research, colonic irrigation can flush out years of impacted faeces, accumulated mucous, parasites and worms. Not from me obviously. All they got from me was fairy dust and snowdrops. But from other people, it’s all about the impacted faeces. Washing off the junk clinging to our colon wall can, according to their flier, help with “allergies, back ache, bloating, constipation, gas, IBS, leaky gut (eurgh), lethargy, skin problems and a runny nose.” (How? Please tell me that a runny nose isn’t some sort of reverse peristalsis?) And those are the only the ones I could understand.

On arrival, my unsettling first impression of the clinic was compounded by the empty reception area. But at least this meant I wouldn’t have to face Anthony. I peeked through a door marked “Colonic Hydrotherapy” to see if anyone was around. A guy looked up unsmilingly from his computer.

“Hi, I’m here for a colonic appointment. There wasn’t anyone in reception.”

“No. The colonic is done in here.”

Cheers, mate, but just to clarify I wasn’t planning to take a poo in reception, I wanted to say. But I was distracted by the familiarity of the voice. The abrupt articulation. The Count from Sesame Street accent. Surely not…?

“Of course.” Behind him was his wall of certificates, proudly bearing his name: Anatoli. Wait…

“Did you have time to do the client questionnaire that we talked about on the phone?” he asked.

“No.” NOOOOOOOOO! Anatoli. With the accent, I’d thought I’d heard Anthony. But it was Anatoli. My colon was going to be cleaned by the receptionist. The male receptionist. Who was already disgusted by me.

We went through the horror – horror – of a questionnaire and discussion on the nature of my stools. Then it was Time.

Anatoli handed me a towel and disposable plastic slippers (whose purpose worried me), and instructed me to undress from the waist down. Regretfully, I complied. He talked me through the process: that I was to lie on my side and bend my knees towards my chest while he gave me a rectal exam (no no no no!). Then he would insert the colonic tube.

Nope. Never will be.

He began to prepare the equipment. “Ask me questions,” he offered/ordered.

“Well, ok… How come you specialised in colonics?”

He hesitated. “17 years ago my mum and dad were seriously ill. We tried a number of things, and were recommended this. It really helped them. So I decided ‘Well, it helps people, I should offer that’. I trained, I worked at a clinic. Then I set up my own practice here.”

My heart melted. Lovely Anatoli, stuck forever emptying the bowels of London in gratitude for the comfort it brought to his parents. I began to recognise him as a kind-hearted man who had developed complex skills so he could help people, and who answered the phones as well as delivered the treatment because it’s not easy running a small business in London.

I don’t think the feeling was mutual, but I got a bit of a crush.

A big bit of a crush.

Then his finger went up my bum.

The Tale of Stubbs and Fat Billy
By David Glanville
Sunday, January 13th, 2008