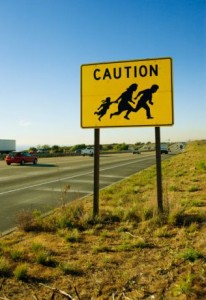 A few decades back, Isaiah Berlin, one of the great pragmatic philosophers of the 20th Century, wrote an essay entitled “The Hedgehog and The Fox.” The title comes from a poem by Archilochus, written in the 7th Century, B.C.E. in which the ancient fabler noted, “The Fox knows many things, but the Hedgehog knows one big thing.” The original intent of the tale was that, notwithstanding the Fox’s many wiles and means of attack, the Hedgehog knew he could always just curl up in his ball and remain impervious to the claws of the his adversaries.

Berlin applied this tale to the different minds of men. He noted that there are those, the Hedgehogs of human existence, who bury themselves in a fortress of fundamental belief, convinced of the surety of their one big idea, and the conviction that everything in the world must conform, or be made to conform, to that worldview. The Foxes of the intellectual world, on the other hand, don’t have “one big belief,” but they “know many things.” They are natural pragmatists who look to find solutions through observation, trial and error — and an understanding that nothing is ever going to be perfect. They know the world is far too complex to fit into any one idea, and try always to be on top of their game — understanding, most likely, that they stand a better chance of outliving, or out voting, the Hedgehogs of this world than changing their minds.

Berlin, expounding elsewhere on this theme, observed that the Twentieth Century was a “Century of Final Solutions.” A century of Hedgehogs, if you will. The inflection of the plural was poignant and purposeful, coming from a Russian Jew who lost many members of his extended family to both Hitler’s ovens and Stalin’s gulags. Whereas we all know that Nazism offered a Final Solution, and Hitler was clearly a Hedgehog, Berlin wanted us to reflect that it was only one expression of a certain type of linear, unitary and ahistorical thought which brooks no opposition to its fundamental truthfulness. To Berlin, Italian Fascism was as much a Final Solution as German Nazism, even without the sheer number of death camps. Market Fundamentalism was as much a final solution as Soviet Communism, even without the state forced labor. To Berlin, Christian Fundamentalism carried with it as much a final solution as did Radical Islam, even if the methods to achieve its ends were dramatically different. In his view, the Final Solution of Hitler wasn’t only the gas chambers and the mechanized murder of millions, it was the belief that the world should be something that it is not; and furthermore, by the application of force, that it can be made to take the imagined form. To Berlin the final solution of Nazism lived in the dogma that told a party member that he or she was justified and right to fulfill Nazi doctrine. To Berlin, all final solutions are formed in a mind that says “I am not cruel to do this; I am an agent of a higher righteousness, and it must be so. God, or the world, wants it to be so; I am just an angel of revealed truth.”

The same could be said of stalwarts of the Washington Consensus or the Soviet International. And it can be said of many supporters of the new law in Arizona, which demands that the police request to see the papers of anyone, if they have a “reasonable suspicion” that he or she might be in the United States illegally.

There has been much written in the past weeks about the new law in Arizona, and I was reluctant to take it on as a column for La Cuadra, as it has received so much attention elsewhere. But the need to do so crystallized while watching a video of California Republican Congressman Duncan Hunter, sounding every bit like a man who holds, deep in his Hedgehog heart, a “final solution” of sorts.

Then, when asked if he would support the deportation of children, born as legal citizens in the United States to parents that were undocumented, he declared, “I would have to say, yes.” Further noting that people might think, “You’re a mean guy. That’s a mean thing to do. That’s not a humanitarian thing to do,” Hunter defended himself by saying, “We’re not being mean, we’re just saying that it takes more than walking across the border to become an American citizen. It’s what’s in our souls.”