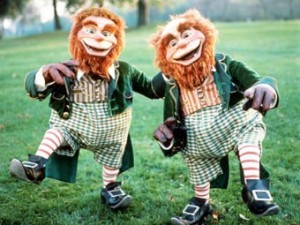 It was a warm Spring day in Galway, Ireland. The weekend had been lovely and all of God’s creatures had been heeding the call of joy, love and, on too many occasions for the liking of the parish priests, the carnal pleasures afforded in that soft and welcoming land.

By Sunday evening Old Father McCleary was exhausted by the sheer weight and profundity of the confessions. Boys confessing to the sin of self-pleasure. Girls confessing to the sin of impure thoughts. Young men confessing to fornication, followed rapidly by their girlfriends confessing the same, but with a wee bit more shame and far less of the blaggart’s shine. One old man confessed (again, shame the bastard) of pederasty, and an old woman confessed to the sin of imagining Young Father MacCormack wearing nothing but “…his crucifix and a RAGING erection, as tall and wide and shapely as the Kilmacduagh Tower, ohh… forgive me father, but I do quite like that sin.”

Fathers McCleary and MacCormack knew this was an annual rite of spring in their parish. They’d often joke that the only sin that their wayward flock hadn’t personally committed was “original.”

As they settled in for the night and a few drops of whiskey, Father McCleary said to Father MacCormack, “Old Mrs. Burke is having her Kilmacduagh Tower dreams again… oh fer the days when I fit into their fantasies… oh fer the days.”

And with that, Father McCleary filled their glasses and turned the log on the fire.

“Aye, tis almost time for prayers and bed, Father,” said young MacCormack. “May our dreams be less troubled than theirs.”

Just as they were ready to say vespers came a wee knock at the door. Father McCleary looked at Father MacCormack, wondering who it could be. It was unusual for them to have visitors at this hour.

Filling his glass and rising wearily from his seat, Father MacCormack walked to the door and opened it.

He saw nothing though he craned his head to the left and to the right in the soft evening air. Just as he was about to close the door a tiny, lilting voice came from below.

(Click here to buy a copy of La Cuadra Magazine for your eBook reader, iPad, or other hand-held device.)

“Father… Father… we haves a question fer ya.”

Father MacCormack looked down and saw two leprechauns gaily dancing at his feet.

“Well, father, here’s da ting…” the first Leprechaun said as he elbowed his partner in the ribs. “Are there any leprechaun nuns in the parish?”

Father MacCormack scratched his chin and said, “No, no my son. There are no leprechaun nuns in the parish, sure as the Lord is True.”

Father McCleary, overhearing this odd conversation, met Father MacCormack at the door. The two priests looked warily at one another. And ’twas Father McCleary who answered this time, a bit taken aback by the forwardness of the little people.

“No, my son. To my knowledge, which is grand in this respect, there are no leprechaun nuns in the whole of Galway.”

He made to close the door on these green and orange little interlopers, but the first leprechaun stuck a buckled shoe in between the door and the jamb, and, with a lilt in his voice and another elbow in the ribs of his friend, “Father, are there any leprechaun nuns in the whole of Ireland?”

With exasperation in his voice, Father McCleary said firmly, “No. No my son. There are no leprechaun nuns in the whole of Ireland. Of that I’m sure.” He then made a forceful attempt to close the door over the first leprechaun’s foot. The leprechaun pulled on his pipe, whispered a magical incantation and the door flew open on a great wind.

Giggling like a fool, the first leprechaun said to the priests, “We’ll leave yas after dis, but we must know… Fathers, are there any leprechaun nuns in the whole of the world?”

At which point the first leprechaun did a backflip of joy, while his friend grabbed his sides in shame.

(Click here to buy a copy of La Cuadra Magazine for your eBook reader, iPad, or other hand-held device.)