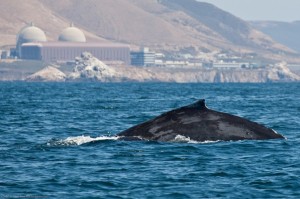 Infinitesimal is your chance of winning the California Lottery — one in 18 million. But believe it or not, it happens every couple of months. Infinitesimal is being struck by lightning twice. The odds for this are 1 in 360 billion, but it has happened.

Anthropologist Hugh Gusterson, professor and author of two books on the different aspects of the nuclear industry, put it this way: “Each nuclear accident was unique, and each was supposed to be impossible.”

What’s more, each nuclear accident to date (assuming the predictions about Fukushima are correct) have been increasingly worse. Is a 1% or for that matter a .0001 percent failure rate acceptable when the stakes are so high?

Time to Nuke the Debate and Move On:

In February of 2010, Stewart Brand, the renown futurist and environmentalist, debated the need for and the safety of nuclear energy with Mack Jacobson, Stanford professor of Civil and Environmental Engineering.

Brand, an icon of the 1960s, is the founder of The Whole Earth Catalog and author of several books including The Media Lab — Inventing the Future at MIT.

Jacobson is the author of The Fundamentals of Atmospheric Modeling and Atmospheric Pollution: History Science and Regulation.

At the beginning of the debate the audience was polled by a show of hands. Roughly 75% were in favor of nuclear energy.

One might imagine that Brand would argue against nuclear energy given his history, yet he argued its merits, necessity and urgency. He fully supported building more nuclear plants, and doing so quickly.

His argument, as that of many environmentalists who are for nuclear energy, is oddly and ironically based on the perils of global warming.

The argument is premised on the belief that nuclear technology has reached a state where the building, operating and maintaining of a plant is safe, and that if we are to stop global warming we must immediately halt the use of coal as our main source of energy.

The overview of the debate is the following:

● The planet faces climate change and ever growing need for electricity.

● Nuclear Energy is constant, clean and scalable with existing, proven and safe technologies. It does not have to be developed.

● Fossil fuels must be dramatically reduced because of carbon dioxide emissions that create greenhouse gasses. Replacing fossil fuels with nuclear energy will resolve this.

● Solar and wind have an enormous footprint, where as nuclear has a far smaller footprint.

● The best tool for nuclear disarmament is nuclear energy because decommissioned warheads can be used for fueling new plants. Ten percent of the plants in the United States use material from decommissioned Russian missiles.

Jacobson, for his part spelled out his anti-nuclear argument roughly as follows:

● Wind and solar have small footprints, and can be moved offshore.

● Radioactive waste can be used for the production of nuclear weapons. The same know-how used to design nuclear power plants can be used to build nuclear weapons as happened in India and Pakistan and may well be happening currently in Iran.

● The time frame needed for building of a new nuclear plant is in the range of ten to twenty years during which decades we will be still burning coal and gas. Given that we are at a crisis point with global warming the time frame is way too long.

● The time frame for getting renewable energy plants online is approximately two and a half years.

● We have more than sufficient renewable energy resources and technology to power the planet provided governmental and market forces can be brought to bear.

At the end of the debate the audience was again polled. The results were 35 percent against and 65 percent for nuclear  power. Then just a little more than one year later the planet was visited with a major earthquake, and we have the disaster of Fukushima. One can hope that those numbers start shifting a bit more dramatically as the current debate over the viability and necessity of nuclear energy has reached a level of absurdity beyond the pale.

“The world is now paying — and will pay however severe Fukushima turns out to be — a grave price for the nuclear industry’s hubris and the arrogance and greed that fueled their drive to build more and more reactors.”

Having bamboozled enough gullible politicians, media talking heads and a dangerous percentage of the public into believing that nuclear energy is a clean and green solution to the problem of global warming, the nuclear industry has largely succeeded in getting an attentive regulatory monkey off its back. If you are doubtful, reflect on this: The Diablo Canyon nuclear power plant in California, operated by Pacific Gas and Electric, is currently resisting requests to study the vulnerabilities of the plant to earthquakes caused by a recently discovered fault line that runs within a mile of the coastal facility. Earthquakes. Nuclear power plants. An ocean. What could possibly go wrong?

State Sen. Sam Blakeslee, who represents the district and is a geophysicist with a doctorate in earthquake studies, recently observed, “The challenge is that the regulatory entities which are tasked with really providing oversight have become too close to the industry. They no longer take their responsibilities seriously with regard to regulatory safety. We need to be tough on these regulators so we end with an environment that is safe.”

Though if you’re building nuclear power plants in earthquake zones and next to oceans that can produce tsunamis, “safe” is probably a bit much to hope for.

Nuclear power is not clean. It is not green. It is not safe. It is not renewable. It is, as Robert Oppenheimer, father of the atomic bomb, said while watching the test at Trinity, “a destroyer of worlds.” It is time the global community repudiated it — however economically painful in the short term. However many jobs were lost near my hometown on Long Island or may be lost in Diablo Canyon or Tokyo. There is no other rational choice for the sake of future generations.

The questions remain: will the public demand action, will there be protests again in the streets, will politicians overly greased by industry find the political will to heed those demands? Or will we have déjà vu over and over again until some new disaster terminally tips the scales.