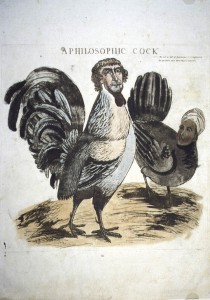 Do you know the old joke, “What’s the definition of Irish foreplay?”

It’s when the stern husband looks at his guilt ridden wife and says, “Brace yer self, Bridget, this might get a bit rough.”

Now the Surly Bartender can attest – and, if necessary, provide medical records to prove – that this provincial, view of Celtic sexuality is myopic, but if you tell the joke with enough brio and brogue, it can still get a laugh. Moreover, it might be relevant to the current political landscape in the United States.

Up north the primaries are finally over and the race for the White House has begun in earnest. There’s still a bit of talk that this race will be different – and classier – than any in American history. But it won’t.

In fact, the election of 2008 will likely be the ugliest in the history of the nation.

The differences in the policies, style, and worldview of the candidates are stark. In everything from foreign relations to domestic affairs the candidates radically diverge. Economically and socially, American voters are presented with a real choice – whether to continue the now 30 year long experiment in market fundamentalism and trickle down economics that began with the Reagan Revolution, or to build a new social compact that sees the need for a more equitable distribution of societal resources. On the international stage voters are presented with a decision: whether to maintain a posture that is aggressive, chastising and reliant on massed military might; or a new philosophy that sees the value of both hard and soft power.

But what will ultimately decide this election is whether the Right Wing can prove that Barack Obama ever fucked a white woman.

Yup. You read that right.

The differences between the candidates are profound and the impact of this election will be felt throughout the world, affecting the economic and physical security of generations of American citizens. And it will end up being about whether or not Barack Obama ever had sex with a woman of “the opposite race.”

Past is prologue, so let us cast an eye backwards to better understand where we are heading, by first looking at an early American election before considering more recent contests.

American Democracy has never been a pure and innocent exercise. At the end of the 18th Century, a young America was engaged in its fourth Presidential Election – a race that pitted President John Adams, a Federalist, against his intellectual and political rival, Thomas Jefferson, a Democratic-Republican. In the course of history, rarely were two philosophical camps more at odds over the proper next steps for a nation. In tremendously oversimplified thumbnail sketches of their ideologies, the Federalists thought the national economy of the United States needed to be actively integrated based upon the realities wrought by the Industrial Revolution. They felt that in order to successfully compete with the great nations of Europe and Asia more needed to be done to urbanize the population and regulate the monetary system of the United States. The Democratic-Republicans feared such changes, believing that a centralization of economic and political power would place the citizenry in danger of a potentially tyrannical national government. Moreover, the Jeffersonians feared that the moral and reflective soul of the nation would be compromised if the “yeoman farmers,” who had been the backbone of the Revolution and provided stability to the new republic with their time to quietly contemplate the world, were placed in too close proximity with one another.

Pretty profound stuff. More profound, even, than the differences between Obama and McCain in 2008.

So, was this great debate what made the papers?  Were these the arguments used to sway the citizens?  Hell, No!  The Election of 1800 was an age-old race between old age and race.

The attacks came first upon Thomas Jefferson, the sage of Monticello and author of the Declaration of Independence, who, aside from his other interests, enjoyed having sex with at least one of his slaves, a young woman named Sally Hemmings. Interestingly, Sally was the half sister of his recently deceased wife, Martha (but that is another story.)

During the election a cartoon entitled “A Philosophic Cock” picturing Jefferson and Hemmings was printed in the partisan press accompanied by a ditty sung to the tune of “Yankee Doodle Dandy.” To foreshadow more recent events, some claimed that the poesy had been penned by Jefferson himself, and released to the press by a dissatisfied confidant:

Of all the damsels on the green

On mountain, or in valley

A lass so luscious ne’er was seen,

What wife were half so handy?

To breed a flock of slaves for stock,

Note that the problem isn’t the ownership of slaves – its fucking them that’s the issue.

The mud came from both sides. President John Adams was not only attacked, properly, for his support of the Alien and Sedition Acts, but also because he wore dentures. One newspaper editor, Benjamin Franklin Bache (the grandson of the more famous Franklin) even published an editorial in his Philadelphia newspaper, The Aurora, castigating the President for being, “old, querulous, Bald, crippled, Toothless Adams.”  That these statements were true does little to merit the attack.

The low road tradition has carried on for centuries. In 1884 the sloganeers had a field day with the race between James G. Blaine and Grover Cleveland. Mr. Blaine, the Republican candidate, had a weight problem superceded only by his reportedly loose relationship with the truth. The Democratic Candidate, Mr. Cleveland – notably the only bachelor to ever win the White House – was rumored to have fathered an illegitimate child.

The operatives working for the Democratic side offered up this chant:  “Blaine, Blaine, James G. Blaine, the Continental Liar From the State of Maine.”

Republican operatives countered with this more concise and biting jingle, making sure it was sung, repeatedly, near every whistle stopped at by Cleveland. It was simply and plaintively:  “Ma, Ma, Where’s My Pa?”

When a political cartoon surfaced with the supposed mother and child represented, Cleveland was advised to forcefully deny the charge. Thus, President Clinton’s well remembered phrase, “I did not have sexual relations with that woman,” may have historical precedent.