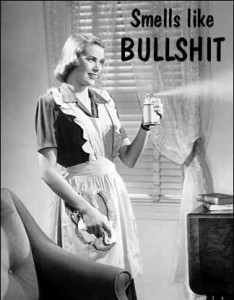 Regular readers will know that the Surly Bartender has a long list of triggers. He can be set off by just about anything said in his bar that smacks of stupid or smells of bullshit. Generally, this column grows from some particularly festering nugget of dumb that got pushed into his brain by customer or colleague. If he can’t purge it immediately with a tequila, then the nugget, slowly but surely, grows hooks and claws and establishes an encampment somewhere near his brainstem. The Surly Bartender tries and tries to ignore the irritating presence, but – like a goddamned Celine Dion song – it keeps scratching at his cerebral cortex until friction leads to ignition and his head explode in a rage of words and historical antecedents in the form of a cogent – oft times brilliant – argument.

Oddly, no single thing truly pissed Sr. Surly off in these past two months. Customers have generally been thoughtful and colleagues silent. So, for this column, rather than focusing, laser-like, on a particular issue of global importance and resolving it with a flaming shot of insight, the Surly Bartender will set his aim more generally. But, being a bit of an stickler for an intellect as polished and ordered as his bottles, the Surly Bartender will subsume all of the lesser issues into one general rubric entitled: Please Stop With The Bullshit, because people (or institutions) that bullshit themselves are a constant source of irritation for us all. And bullshit should be addressed.

The idea for this column came while on a recent trip with Continental Airlines – though to single them out is unfair, it’s the entire airline industry these days. The experience was pedestrian, I’m sure you’ve had it yourself. It started at the gate, when the security zombie pawed through my carry-on luggage and found a tube of toothpaste. The zombie then informed The Surly Bartender that he was in violation of the airline’s anti-paste and gel protocols, which require all toothpaste (or hemorrhoid creams, or lube or whatever) be stored in – at maximum – 2 ounce tubes.

Now, mind you, I had so squeezed and crushed my felonious 10 ounce toothpaste tube over the previous month that it couldn’t have had more than an ounce an a half left in it. And forget that, had I wanted, I could have carried 20 two ounce tubes of whatever happy-making terrorist goo my heart desired and still not have violated government’s paste weight regulations. Still, I did not, at this point, lose my mind. I didn’t get smart-assed or ask the zombie if he believed that one 10 ounce tube of toothpaste was inherently more dangerous than 5 tiny 2 ounce tubes. Nope, I just handed over the paste and let it go, annoyed, but understanding that – at least in some silly ways – the airlines are trying to keep us safe. Even the Surly Bartender understands that sometimes you’ve just gotta play along.

While on the plane, just before take off, the head airhostess (or was that the airhead hostess?) did the standard dance with the Mae West inflatable and the in-flight instructions for serenely surviving a plane crash. Afterwards,  she came over to my row and knelt down.

The guy seated next to me was still talking on his Star-Trek-Stupid looking Blue Tooth device. (Here’s a small request made to any reader who actually wears a Blue Tooth device. Please archive some photos. They will be funnier in 10 years than faded pictures of a guy wearing a leisure suit and earth shoes, juggling pet rocks.) But I digress.

The guy with the Blue Tooth in his ear was yapping away loudly about his portfolio and was clearly a dick, but that’s not the point. The hostess, kneeling, said to him in a voice that sounded as if it had been computer generated to create calm in a totalitarian state, “Sir, you’ll have to turn off your cell phone now, and keep it off for the duration of the flight. Cell phone signals can interfere with the plane’s communication devices.”

At which point Mr. Blue Tooth dutifully apologized and turned off his phone, and had I not really wanted to remain on the flight and get to the bar that was my final destination, I would have screamed, at the top of my Surly Lungs – “BULLSHIT!”