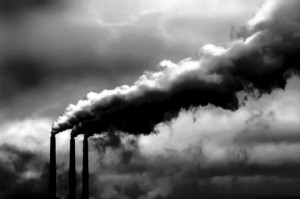 The Surly Bartender has a question: If one group of people spent 20 years of their lives sticking bits of soap up their noses and giggling as they harvested lint from their navels for a midday snack, while another group of people spent the same 20 years studying, say, global climate change, might you understand why, when a conference on climate change is convened, that the scientists who had studied it for two decades might get a bit miffed to find the soap stuffers at the table?

We’re not far from that now – and as is the nature of things in this increasingly ridiculous world – it looks as if the nose pickers and soap stuffers might well win the day to the detriment of us all.

The Surly Bartender, an expert on many things, cannot claim to have a profound depth of knowledge when it comes to “carbon forcing,” a “high albedo environment in Greenland,” or “evapotranspiration,” but for our purposes that doesn’t really matter. Chances are you’re clueless about such things as well. And that’s the point. Even those of us who have made an attempt to become familiar with the science have little of value to say about it. Really, I can say, “it’s anthropogenic,” you can say, “nuh-uh, it’s the sunspots” but neither one of us actually has a clue what the hell we’re talking about.  Most of us have a high school Earth science understanding of the situation and as laymen we can’t comprehend the dynamics involved. Said another way, we should all have the decency to accept that our level of understanding planetary climatic systems is like unto a carrot’s understanding of Bach.

So, let’s step back from the science. There is still a part of this debate we can analyze: the changing public perception of the science.

Over the past three years, the American public has grown increasingly skeptical about global climate change. First, the numbers: According to a Fox News / Opinion Dynamics Corporation poll, in January of 2007, 82% of Americans believed that Global Warming did exist. Whereas, in December of 2009, that number had dropped to 63%. And I’ll make a Surly prediction – by the end of the summer, when the media debate will be in full blossom – that number will have dropped to about 50%.

Whether that prediction comes true or not, one still has to ask, “What the hell happened in less than three years?”

I’ve got a Surly Theory: It’s all Al Gore’s fault.

Now wait, stick with me. During the early part of the decade the public mind wasn’t much engaged with global climate change. Back then we were all pretty busy worrying about terrorism, war, and Shakira’s otherworldly hips. That is, until our attention was pulled to An Inconvenient Truth. Gore’s movie focused the nation’s attention on the reality of global climate change in a way that had never happened before, and by doing so, Gore woke the beast.

The movie was pretty good fare as far as boiling frogs and drowning polar bears go. But the most compelling evidence presented was in one of the documentary’s quieter moments. Gore’s team had taken a random sampling of 10% of all peer-reviewed papers written on climate change in the past 30 years (700 our of 7000 studies) and discovered that ALL of them were in agreement on a central theme: Global climate change is occurring and human influence thereupon is undeniable.

To certain vested interests this demanded a rebuttal, lest those of us in televisionland feel compelled to demand action. And those who have reason to fear change, or who can profit from continued debate, decided upon a quite conscious tactic. Having lost the scientific argument, they chose to attack the public’s perception of the science. If the public could be made to doubt the consensus, then the waters would be sufficiently muddied to prevent any actual change.

I know this makes you uncomfortable. People playing scientist don’t like discovering that they are the experiment. But that’s the only reality that makes sense – unless, of course 20% of America recently snuck back into climatology school without me noticing. I have been drunk quite a bit lately, but I think I would have picked up on that.

When thinking about this, it makes sense to remember that there are about a ba-jillion dollars at stake here. Huge industries are built around releasing carbon and greenhouse gases into the environment and it is in their financial interest not to stop. Nations fight wars for these corporations. You really think they’re sitting out the debate? Take just one example: a few years back a Right Wing think tank, the Exxon funded American Enterprise Institute, offered $10,000 to any climatologist who would write a paper calling “the consensus” into question.  That might sound like small cheese, but with a budget of a million dollars, they sought to buy 100 scientists who would go on television and undercut the threat to their empires. Now that’s value for money.