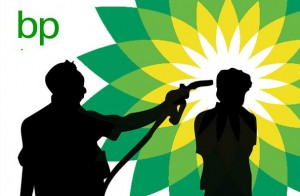 I once commented to an economist friend that “the easiest job in the world has got to be: Fellow at a Free Market Think Tank.” Really. All it takes is ONE thought, applied asshattedly to any and all situations. And that thought is this: if left on its own, the free market will solve all problems with the greatest efficiency. The obverse of that coinage is, “the government can’t do anything right,” thus, it should just get out of the way. As market fundamentalist hero and high priest, Grover Norquist, said 30 years ago, government should be shrunk “to the size where it can be drowned in a bathtub.”

And so, the free-market-think-tanker wakes up in the morning and has his coffee. As with us all, this leads him to his next activity, taking his morning poo, where he can conduct the totality of his intellectual creativity by thinking “ahhhh, today is a great day to let the market solve all problems.” The laboring hours that follow are simply a repetition of that water-closet rumination, applied to whatever flows across his desk. But let’s follow him through his  ridiculous pantomime of a workday:

At his office his cloying subordinate, suckling at the toes of his master, provides the Fellow with his think-tank task for the day.

“Sir. Sir. The Times is reporting that graduation rates at urban public high schools are abysmally low. Whatsoever should we do?”

“Hmmmm . . .” our hero thinks while scratching his attractively wrinkled brow, “let me apply my analytic skills . . .” he says as he looks suspiciously at his sycophantic younger twin. He holds the gaze for several minutes and then suddenly he pronounces with a flourish: “This problem shall be solved by privatizing education!”

“Brilliant!” ejaculates his serf. “Sir, you are simply BRILLIANT!!! But riddle me this, good nuncle, The Journal questions what should be done to secure the long term solvency of Social Security . . . Pray thee, what doest thou think?”

Assuming a sphinx like bearing, our Randian man falls silent for a moment, while his courtier stares deep into the reflecting pools of his light blue eyes.

There is silence for many minutes. The grandfather clock in the corner beats out the fateful passing of time. And then, “Voilà! I’ve got it. We’ll begin to privatize Social Security!”

“Oh, you are the most wonderful Fellow of all the Fellows in the Land,” cries the Miniscule of Capital as he backflips and applauds the genius of his master before falling at his feet and saying, “But my liege, there are those in the kingdom who warn that liberalizing a part of the wealth transferred inter-generationally for private investment in our current, unstable markets might endanger individuals, particularly unsophisticated investors, by placing them in the path of the fickle winds of commerce and financial chicanery . . .”

Our man at the think tank then looks down at his motley fool with some admiration for his fluidity with the argot of their craft and considers a head-pat of praise. But then, knowing that only the competition of unshackled manimal spirits will encourage this waif to wax onward, he challenges the lad: “You’re not suggesting that the Nanny State is necessary to guide our financial decisions? Our financial decisions are the core of our liberty!” he thunders.

“Then you know the solution. Tell me. Tell me NOW!”

Hesitantly the Geckee says to his Gecko, “The solution is then . . . not to only place some money from Social Security into private investment interests, but to place ALL of it therein?”

“Because then people will be incentivized to take an interest in their financial lives?”

“Why YES!” he would declare, only vaguely aware that in his mind’s eye there formed an image of the delicate floral pattern upon the walls of his private loo that always so calm him on his morning constitutional. “The solution is to let the market resolve it all!”

And on the day would pass, until it was time to meet Biff and Charles for sundowners at the club.

The Surly Bartender - Of Computer Worms and WikiLeaks