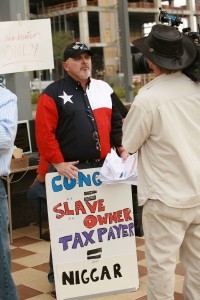 Regular readers know that the Surly Bartender does not suffer fools gladly, from patchouli stinkin’ hippies spreading bubblegum Buddhism and sexually transmitted diseases across the gringo trail to yacht-masted, Right Wing rogues who feel entitled (by their inheritance and their investment portfolios) to bitch about poorer people collecting “entitlements.” But what spikes the Surlometer more reliably than anything else is folks that look you in the eye and lie. He gets this from The Surly Mother, no doubt.

When the Surly Bartender was still wet behind the ears, little more than a Surly Anklebiter, he would regularly try to bullshit his mother with bald-faced lies, with the surety that if she didn’t have “proof” that it was me who threw the shoes across the room and broke the champagne glasses (which, tragically, she and Surly Papa used on their wedding day) then I was free to go. That kind of dishonesty drove her to distraction, and as I aged out of that mentality as a Surly Stripling, I began to see her point. Liars are useless people.

Many years later, when I was serving a 13-year-sentence in the New York City public education system as a Surly Social Studies teacher, I got to confront such blinding bullshit on a regular basis. Mostly from the administration, but sometimes, even from the kids, and it made my blood boil.

Lately, the political dialogue in the United States (and likely elsewhere) seem to be suffering from an inundation of such look-you-in-the-eye-and-lie balderdash.

Of course, there were the eight years of the Bush administration and all that wrought. LIES! Flat out LIES! Lies that lead to the death of thousands of American soldiers and hundreds of thousands of “the enemy,” even if that enemy was an infant or a gray haired old lady in the wrong place at the wrong time. But that’s not what’s got the Surly Goat at the moment. Karl Rove can write his lying memoirs. He’s St. Peter’s problem, now.

This particular vintage of rage started to ripen during the last Presidential campaign, when the media was abuzz with speculation about how Barack Obama’s race would affect the election. You remember, right? The conventional wisdom was that the polling numbers for Obama were inflated because people who actually wouldn’t be caught dead pulling the lever for a Black man would lie to the pollsters about it because they didn’t want to sound like racists. Or how Hillary Clinton would clean up in Western Pennsylvania and West Virginia because of all the rednecks living out that way. And, sure enough, in many cases, such logic was correct.

There are racists in America, and publicly, at least, the vast majority of them tend to lie about it. We know they’re there, but when you try to pin them down, as when the Congressional Representative from Western Pennsylvania, John Murtha, had the balls to say of his constituents: “There is no question that Western Pennsylvania is a racist area…”  he was roundly attacked.

What Murtha said was the goddamned truth. I know, I grew up in Upstate New York, not too far from Western Pennsylvania and if I had a dollar for every time I heard someone talk about “the niggers” in my local bars, I’d be a Surly Millionaire by now. But who got called to the carpet by the media? The racists in Western Pennsylvania? Hell no! It was Murtha who was excoriated in public. “How dare he speak of his constituents that way!”

Somehow racists in America have become like subatomic particles: you can speculate about their existence, but when you try to observe them, you can’t know their speed and location at the same time. We agree that some percentage of Americans have a tendency to be racist, but if you ever try to call someone out on being  a bigot (unless they’re a crazyass, robe-wearing, cross-burning, Nazi-Pride-Parade-marching fool) then you’re the asshole. That shit has got to stop. The guy who looks both ways to make sure that none of “them” are around before telling a racist joke is as guilty of racism as I was of breaking them champagne glasses all those years ago. That there is no evidence of the crime beyond his chuckling asshat friends means nothing.

Let’s take a famous example of racism overlooked in modern America. One of my favorite piñatas, Bill O’Reilly, is, at least in some circles, still a respected member of the idiocracy, and yet he’s already outed himself as a bull-headed bigot. Anybody remember his comments back in 2007 after having dinner at restaurant in Harlem? He actually said, “I couldn’t get over the fact that there was no difference between Sylvia’s restaurant and any other restaurant in New York City… there wasn’t one person in Sylvia’s who was screaming, ‘Mother-effer, I want more iced tea…there wasn’t any kind of craziness at all.”

Look, here’s a fundamental truth: until Bill O’Reilly can “get over it” and realize that he’s seeing the world through racist eyes, then, well, he’s a fucking racist. End of story. Even if he thinks he’s not! And you can, in fact, call him out on his bullshit when he or one of his ilk denies it. You should. It’s how we progress as a culture.

So, to the bigots hiding in plain sight amongst us, please, if you’re going to hold Neanderthalian opinions, be proud of them! Sing them out! It will make tolerating your surface-level stupidity and your deep-in-the-bone evil a lot easier for the rest of us.