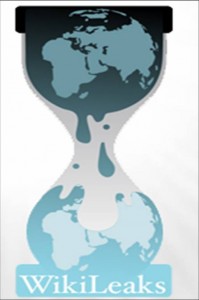 There has never been an easy balance between the forces for the democratic flow of information and the notion of a civil, peaceful, law-abiding state — and The Surly Bartender doesn’t expect to reach equilibrium in the future, but we’ve got to keep adapting to our changing reality. In late 2010 we reached a turning point in how that battle will progress, and the potential outcomes are neither binary nor linear. Quite literally, anything might come of this — thus my Surly Ambivalence to the Arising World of Mr. Assange.

The essential argument from Julian Assange and Bradley Manning is that in a world with greater transparency, governments will have to behave more ethically and morally. In essence, the hope is that countries and businesses will behave better if they know their secrets can be revealed. But in a world of super-empowered individuals, what is to prevent them from doing harm? It’s a more serious question than you might imagine, and we’ll return to it shortly.

But before moving forward, a question needs to be considered: to what do these latest leaks amount? The documents were apparently gathered by Manning through access to SIPRNet, the Secret Internet Protocol Router Network, a joint Department of Defense / State Department computer network that handles communication up to a classification of “SECRET.” Hundreds of thousands of members of the State Department and the U.S. Military have access to SIPRNet, and it is designed to allow great latitude in accessing information by those using the service. The relative openness built into the system was a reaction to the dangers of the “stove-piping” of information that prevented U.S. intelligence agencies from sharing information between themselves. This was to prevent intelligence blind-spots from developing as they did prior to the attacks of September 11, 2001. There is now a danger that we’ll likely see an overreaction by both the State Department and the DoD. They have already tightened access protocols, which begs the question: will WikiLeaks or the governmental response to the data dump increase our vulnerability to terrorist attacks? That would be a tragic result, to say the least.

While acknowledging the importance of some documents released by WikiLeaks in the past, two things come to mind after having read some of the most recent. First, even the documents classified SECRET are pretty banal. Really, does it make any sense to consider it a SECRET that the State Department is planning for the political fallout of Fidel Castro’s eventual death? Should it be CLASSIFIED that U.S. Ambassador MacFarland thinks that the First Lady of Guatemala is a hard-working, skilled manager with an abrasive personality? No big new there, bub. While I’ve only done a small, scatter-shot survey of the cables, it strikes the Surly Bartender that we’re not talking about Jack Bauer stuff.

But what the documents might reveal, in any number of cases, are both the sources and methods of intelligence gathering. Take a hypothetical: is the world a better, safer place if the United States intelligence services have a source in Ahmedinejad’s inner circle who can feed Washington information about potential military action or if the United States does not have that source? While such information would clearly be well above a classification of SECRET, the release of these cables might burn that source for far less sensitive information — like the Iranian leader’s predilection for taking tea in the afternoons at a particular café in Tehran.

For all the good that WikiLeaks has done, I hesitate to fully endorse their standards and practices. Aside from these most recent cables, WikiLeaks has not been an unmitigated force for good in the world of transparency. As noted by Stephen Aftergood, who runs the SecrecyNews website for the American Federation of Scientists, WikiLeaks has been guilty of libel, copyright infringement and violations of privacy on any number of occasions, some of which he recently discussed in an interview with Amy Goodman on Democracy Now. The case of libel arose last year when WikiLeaks published one thousand raw pages from a police investigation into a case of child abuse and murder in Belgium. Not surprisingly, the file included unsubstantiated allegations that turned out to be false. By publishing the raw allegations, WikiLeaks brought disgrace and humiliation to innocent people. That’s just not cool, Julian. Further, Aftergood pointed out that WikiLeaks is the only organization to publish, online, “an actual blueprint of a nuclear fission device.” He continued, “It’s not an artist’s concept, but it’s an actual blueprint of a real nuclear weapon that they posted online. I think from a proliferation point of view, that was a terrible mistake.”

The Surly Bartender would have to agree.