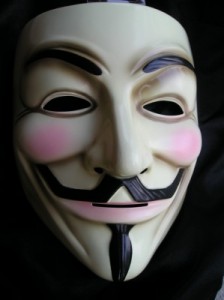 Beyond (or arguably beneath) that, Wikileaks also recently published the text of a not-yet-printed book online, fully undercutting the author’s intellectual rights and livelihood. Then there is just the flat-out prurient publication of rituals employed by several sororities at American universities over the past 30 years. Really, who gives a shit about that kind of stuff, other than those individuals who might be embarrassed to have their kids read about what they had to do to become a Tri-Delta when they were teenagers. As Salon.com columnist (and WikiLeaks defender) Glen Greenwald argued in that same Democracy Now interview, those missteps are minor issues when compared with the good that increased transparency might bring to a world where elites maintain their position through secrecy and insulation, but, still, do you really need to go there, Julian? Sure, maybe The Times and Der Spiegel have filters too obstructive for your personal taste, but where’s the line, and who are you to claim that mantle for yourself?

And that is a central part of the issue at hand: we can all likely agree to frustration with the gatekeepers, but does that mean that a world where anyone can break down a gate is a better one?

Here I’d like to bring together points that in the debate have remained disparate. One is the spontaneous, unsolicited defense of WikiLeaks by an organization known as Anonymous, and the other is the first real act of cyber-warfare that the world has ever seen. I believe that to understand the changes we as a society are facing we need to pull back our perceptive lens at least this far, in order to gain a global view. Remember, I’m Surly, so indulge me.

Anonymous is a loosely affiliated group of computer users who met online at the website, 4Chan.org. Anonymous consists of some mix of First Amendment purists and people who just want to download free media. They believe that “information wants to be free.”

Avoiding the silly, anthropomorphic assertion that “information” can want anything, their actions, to date, have been pretty limited. They meet online (anywhere between 1000 and 10,000 of them, depending upon the source of information) and choose their targets by majority vote. Their targets have traditionally been businesses and government agencies that try to prevent information piracy. If you are a record company, or a law firm that is filing suit against individuals who have illegally downloaded a movie or an album, then you might find yourself in the gun-sights of Anonymous.

Once a target has been selected, Anonymous launches a Distributed Denial of Service (DDoS) attack. In essence, they take their thousands of computers, all over the world, and flood a given website with hundreds of thousands of requests, temporarily shutting it down. It is an inconvenience for the businesses or government agency, and, if Anonymous gets what it wants, they back off on their attempts to regulate the information market. A bit more damaging, recently Anonymous stole the credit card numbers of tens of thousands of clients of a major credit card company. None of those card numbers were ever used for theft. It seems that Anonymous just wanted to fire a shot across the bow of the company to let them know just what they could do if provoked.

In support of Assange, Anonymous is now targeting businesses that have withdrawn services from WikiLeaks.

The iconography chosen by Anonymous (the “face” of the organization is the smiling mask used in the graphic novel, V for Vendetta and the subsequent movie of the same name) and the generally good-natured, prankster élan that acts according to anarcho-syndicalist, democratic rules, is very endearing to this old Progressive heart. But the tools they are using, and the ones now coming into the public domain, are incredibly dangerous in the hands of less-loving folk.

Which brings us to the nexus of this argument — as of December 2010 the rules of engagement have changed. Up until now democratizing information, and thus democratizing power, has been an inherently good thing, but technology has now developed to the point where small groups of individuals have the means to attack government, businesses or other individuals or groups. And recently a weapon was developed that can make any of these groups nearly as dangerous as a nation state, itself.

Said another way: Stuxnet would like to welcome you to the advent of the age of cyber warfare.