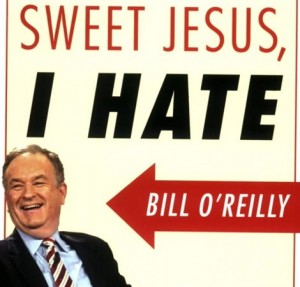 By “playing the race-card, card” the conversation is returned to where the anchors and the majority of their audiences feel more comfortable. That is, if you are CNN or one of the major networks, you let the issue drop with a wet thud. If you’re Fox News you push back harder by noting that the real problem with race relations in America is that Black folk have whined and complained so much that affirmative action has reversed the poles of history, and now it’s the white majority who are the victimized minority.

There’s no need to bring any cards to the table. I state loudly and clearly: I think John McCain is going senile and he is entering a long period of decline because he is old. He is inclined to frequent bouts of forgetfulness and rage. These are not qualities one should want in a president. But more on that later.

5. The Heartland:  Are you serious?  Only White, Christian Americans are real and of the Earth?  Because I grew up on the East Coast I’m not as American as you?  I’m from what, the Kidney Land?  The Armpit Land?  The Anus Land?  Because I believe in a multi-cultural America, rather than one that has had the trans-fats injected and the spices removed, I’m not of the body? Fuck you!  Here’s a few truths that deserve reporting – they are not controversial, they are Constitutional:  People from Kansas aren’t super-special, Gold Star Americans, they are Kansans. That’s it. People from Texas don’t have the market cornered on American Values, they have their own values. That’s it. Can it with the Heartland crap. Its offensive and any other reading is, well, elitist – which brings us to our next point.

6. Elitist:  Anyone who makes over a million dollars a year and uses the term “elitist” as a political club should be publicly pilloried – or at least forced to drink Folgers coffee from a dirty automatic drip machine for a month, a fate that would likely drive them to suicide. Do you really think that Bill O’s favorite restaurant is the Ruby Tuesday’s at the Mall?  Do you think Katie Couric bargain shops for off brand clothes at Wal-Mart with Hillary on the weekends?  Do you think that Mitt Romney has ever once had to sweat a credit-card bill or even picked up his own laundry at the dry-cleaners?

The goal of using the term “elitist” in a campaign is to convince the rubes that the other guy thinks they’re all just a bunch of rubes. If you fall for it, well, then, by definition, you’re a rube.

7. Throwing Someone Under the Bus:  The next time I hear this particular phrase, I’m hoping that it is actually describing the horrible death of one of the aforementioned talking heads or politicians. Repeating shit you heard doesn’t make you hip or cool. It makes you a friggin’ tool. But, if you’re feeling lost without a handy catch phrase for someone treating an associate roughly, then try one of these:  Shit in Her Casket, or Stomped on His Nuts. Por ejemplo: “Can you believe how Barack Obama shit in his grandmother’s casket during his speech on race last week?”  Or, “I’m surprised how hard Senator McCain stomped on Phil Graham’s nuts when he called America a nation of whiners.”

Anything but the bus reference, please.