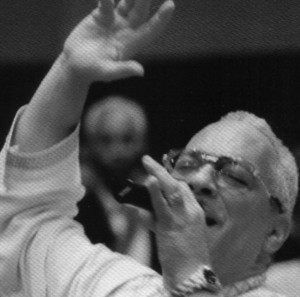 A short time ago Barack Obama, aspiring Democratic candidate for the Presidency of the United States of America, ran into some problems with the nuts on the “Fair and Balanced” right wing of American cable news.  It seems that the preacher at Obama’s house of worship, Trinity United Church of Christ in Chicago, has a penchant for speaking his mind and that his mind plays host to a number of dragons.  The Reverend Jeremiah Wright seems to be a very angry man – at least in the image put forth by a video loop which has seen more airtime than Howard Dean’s Scream and more internet hits than the latest clip of Paris Hilton displaying her talents on YouPorn.com.

Barack Obama has defended his friend and pastor by saying that while he disagrees with the content of Reverend Wright’s most vitriolic proclamations and that he sees a certain amount of racism imbedded in the words, he can no more distance himself from his friend than he can distance himself from his White grandmother who, on occasions, used racist language that made him cringe.  That is admirable and maybe even politically astute – time will tell.  Obama claims that he wishes to ennoble the ever difficult conversation on race in America by taking the dialogue out of the hands of the shouting heads and bringing a sense of comfort to the discussion of America’s original sin of racism.  That is also admirable, but what may be lost in the attempt to elevate the conversation is a recognition that some of the claims made by Reverend Wright are, in large part, correct.

This argument recently reared its head – or perhaps headed its rear – while I was tending bar at Café No Sé.  There seemed to be general agreement that Reverend Wright shouldn’t have said the things he did and certainly shouldn’t have thundered, “God Damn America!  That’s in the Bible!”

While the Surly Bartender isn’t real big on calling for the intercession of an Invisible Man in the Heavens for the purposes or blessing or damning anything, he’s still not convinced that we should immediately interpret Reverend Wright’s intentions as racist and unfounded blathering.  Seen in a historical perspective, much of what he said wasn’t that crazy at all.

By now, if you’ve had access to cable news from the States and not been living under a rock, you’ve likely seen the dashiki donned Reverend shouting in his gravely baritone that the United States government, “…wants us to sing God Bless America.  No, no, no!  Not ‘God Bless America!’  ‘God Damn America!’  That’s in the Bible!”

What you likely haven’t seen is the entire sermon – and without it, the context of the statements is utterly lost.

Reverend Wright was initially speaking of the nature of all human government.  His central argument is that while God is unchanging – governments are changeable.  They change, for better or for the worse, by the wisdom or perversion of those who decide and enforce the law.  He spoke of America and its long history of governmental racism towards its marginalized citizens.  He reminded his flock of the Dred Scott decision – when in 1859 the Supreme Court of the United States (in his words, “the Granddaddy Court of the one that stole the election in 2000”) claimed that no African American could ever be considered a citizen – whether they be slave or free.

These statements are true.  The Supreme Court of the United States did, in a decision written by Chief Justice Roger B. Taney, declare that African Americans were eternally barred from citizenship.  But as he notes, the government changed.  It took a civil war and 100 years of further struggle, but the government did change.

He noted that prior to the Administration of President Harry Truman (1945 – 1952) the Armed Forces of the United States were segregated.  That is true, but as he notes, governments change.

He noted that prior to the Civil Rights movement Americans of African descent had to eat in separate facilities, were barred from voting, faced legal discrimination, and even had to be buried in separate graveyards than White Americans.  In the Reverend’s words, “It was Apartheid, American Style, from the cradle to the grave.”  These statements are true, and yet, he notes, governments change.

For the good or the bad, governments change.

And then he let his flock know why.

For Reverend Wright, and for the far less doctrinal Surly Bartender, governments change for the better when they aspire to the precepts of love and justice; and that they change for the worse when those higher purposes are forsaken.

For religious folk these universal precepts are embodied in the nature of God.  For the more secular amongst us, they are the founding principles of a democratic society.  Whereas I might turn to the higher ideals of Jefferson, Douglass, Debs or King – The Reverend turns to scripture.  Specifically, Malachi 3:6.

“For I am the Lord and I change not.”

Reverend Wright expounds: “…where governments change, God does not change!  God is the same yesterday, today and forevermore.”