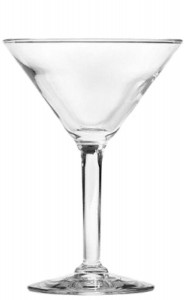 Have you ever had a conversation with a non-drinker? It’s like eating sand and snorting chalk. It’s like plastic flowers. It’s conversational Styrofoam and as sexy as a K-Mart bra.

Reformed drinkers can be interesting, but teetotalers give us insight into a hell beyond Dante’s: one of platitudes, clichés, and an eternity of tedium. Arguably even worse than the non-drinker is the “moderate” drinker, whose conversations center around the decency of their lives and the danger of yours. They are the worst.

This is why I own a bar. I like people who drink: barflies, sots, tipplers – that sort of folk. Since in the end we are all playing Russian Roulette with loaded revolvers, I prefer to spend my rapidly passing hours with those quick on the quip – and the more bungled and botched the better. Most drunks have something to say, Thank You Jesus. And don’t give me shit for bringing El Señor into the conversation. He did turn water into wine, not the other way around.

For years I have been collecting quotes by drinkers. Non-drinkers are rarely witty enough to give you a belly laugh that eases the pain of this capriciously wonderful life.

My favorite line, simply because of the scorn, is, “I only drink to make other people interesting,” by theater critic George Jean Nathan.

Another is by Dean Martin: “You’re not drunk if you can lie on the floor without holding on.”  That’s funny. And Dean’s careless and carefree joie de vivre pose is an ideal worth staggering toward.

Here are a few more that are atop my list. Keep this page on your refrigerator and give it a glance when you have doubts. Remember you are not alone. You are on the right path. Giving up drink is as bad as being born again.

William Butler Yeats – “The problem with some people is that when they aren’t drunk, they’re sober.”

Henny Youngman – “When I read about the evils of drinking, I gave up reading.”

Humphrey Bogart – “I never should have switched from Scotch to Martinis.” — His last words…

Rodney Dangerfield -“I drink too much. The last time I gave a urine sample it had an olive in it.”

Robert Benchley – “Why don’t you get out of that wet coat and into a dry martini?”

Winston Churchill – “My rule of life prescribed, as an absolutely sacred rite, smoking cigars and also the drinking of alcohol before, after and if need be during all meals and in the intervals between them.”

Ross Levy – “Drinking provides a beautiful excuse to pursue the one activity that truly gives me pleasure, hooking up with fat, hairy girls.”

Now isn’t that last quote a delightful and inspiring rumination? But the quotes above are all by famous and dead drinkers. Let me give you some from local denizens, frequenters of Café No Sé, several of whom do not wish to be identified. They are not all about drinking, per se, but are bon mots uttered during Divine Intoxication or the morning thereafter:

Let’s begin with one from my good friend the Surly Bartender. One morning, as I stepped from my bedroom, I saw him standing in the garden in his boxer-shorts. His hands were on the shoulders of a very attractive young woman with whom he had spent the night. In a tone of anguish he said, “What you have to understand is that adult male mammals don’t just like to cuddle.”

Don Tono (a.k.a., the Ambassador, a.k.a., His Excellency) – “I have diplomatic impunity.” when stopped by the police after a slow speed chase  through Antigua. Don Tono, by the way, was driving backwards.

Anonymous –  “He’s getting close to her bedtime.”

Anonymous– “The next time I go to a doctor, it’ll be for an autopsy.”

Another Local Musician– “I left my hands in my other pants. I can’t play tonight.”

A plumber – “What if there were no rhetorical questions?”

Alaskan Richard – “My third and fourth wife.”  Interjected into a joke that someone else was telling, the set up of which was, “What’s the difference between a bitch and a slut?”  Richard has been married eight times.

Here’s one last one. One night a good friend and I were sitting at the bar. He asked me why I had all these insane ventures – the bookstore, a nonfunctioning theatre, a bar, etc. I told him jokingly that with them I was going to save the world, wait and see.

I said, “I have a messianic complex.”

He shook his head.

“You sure as fuck put the “messy” in messianic,” he said.

Kids Today Need to be Taught How To Drink!
By Art Hoppe
Monday, April 2nd, 2012