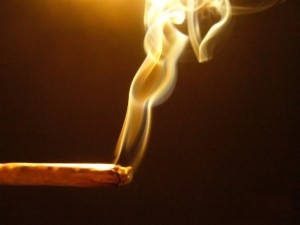 The lake, we later discovered, was Minneriya Tank. A shallow, dam-created lake that provides home, rest, and water, to water buffaloes, sloth bears, elephants and an awe-inspiring variety of birds. Its waters are crystalline blue, and it is ringed by a swath of grazed-down pasture of hardy native grasses and wild flowers. Outside of this there are sections of grasses 6 and 8 feet tall, growing taller and leafier, it seems, until they simply become the jungle, draped with vines and pocked with black holes even during the brightest times of the day. Mountains loom in the distance, home to wild cats and giant squirrels and any monkeys who have not yet moved to towns and made a career of theft. It is truly a beautiful place.

We also discovered that fuckall happens there at midday because it’s too damn hot. This shortly after we discovered that we (and by ‘we’ I mean ‘I’) had left the bag of food and water in the van with the axle. We had our clothes, ourselves, about 40 grams of weed, and only one option: To sit on a little rise above the lake and chain smoke spliffs while slowly dehydrating and waiting for something to happen. So that’s what we did.

In the first four hours the following happened:

1) A herd of water buffalo slept.

4) We got really, really baked.

As the shadows began to lengthen we decided to take a walk around the bend and see what was going on in another part of the lake. As we walked a tiny, coffee-colored man came sauntering up and told us there was an elephant on the other side of the water and if we wanted to see it, we should continuing walking around the lake. We did. And there was. We began to walk back and another elephant appeared in front of us, several hundred yards away, by the shore. Uncle Money, being the excitable type, completely lost his shit.

We backed off a ways and let them proceed down to the water unimpeded and then around the bank, away from us. Then we re-mounted our little hill above the water and rolled a couple of joints. As we smoked we noticed that second elephant, the one we had sighted across the lake, was making its way in our direction. When it was perhaps 150 yards from us Uncle Money suggested that we might think about giving it some room, after which he stood up with his bag and his spliff and started walking away. I stuffed my sweatshirt into my bag. Then I gathered up the pot. Some of the papers were blowing around nearby so I chased them down and stuck them in with the drugs. Then I looked up. The Elephant was about 75 yards away.

“Well,” I thought, “I may as well get a picture.” So I started fishing around for my camera. I found it, took it out, and started trying to focus while slowly walking backwards in the direction of my compatriot, who was by that time, simply gone. Elephants look a lot smaller through the viewfinder of a camera. Wanting it to appear larger, I tried to use the zoom. It didn’t work. Keep in mind here that I was really, REALLY high. I turned the camera off, turned it on again, looked at the elephant through the camera and tried to use the zoom. Again it didn’t work. While slowly stumbling backwards over piles of dried elephant shit, I, again, turned the camera off and on once more. Then, again, I looked through the viewfinder. “Hmmm,” I thought. “When did the zoom start working?” I looked at the camera. It didn’t appear to be zoomed in. I again brought it to my eye and, one more time, looked at the elephant through the camera. “Hmmmmmm. That’s strange,” I thought, “the zoom is working better than ever!” Then I looked down at the camera again.

Then I lifted my head and looked at the elephant without the camera. “Shit!”

I had moved about 40 feet from the top of the knoll. The elephant was standing where I had been sitting. I lifted up the camera, and, even without the zoom, took a pretty good picture. Then I put the camera in my bag and stood there. Just looking at it as it looked at me. Suddenly it flared its ears out, and hit the ground with its trunk hard enough to shoot a plume of dust what seemed like thousands of feet into the air.

Then the fucker came at me.

There was, unfortunately, no one there to time my run. No one from The Guinness Book to recognize my record, but I estimate that I cleared the 150 yards separating myself and Uncle Money in, at MOST, 4.7 seconds. As I ran I could hear the beast closing in on me, I could feel its breath on my back, and I saw my life flash before my eyes. This was it. I was certain. But as the film of terror lifted from my vision, I noticed something odd. Uncle Money wasn’t running. In fact he was sitting on the grass laughing his ass off. I slowed. I couldn’t hear anything in pursuit anymore. And as I came to a stop beside my asshole friend, I heard him choke out between sputtering gasps of laughter, “Dude! Dude! He took like three steps!”

I turned and looked back. Standing serenely, gazing down at us, stood the elephant. He had stopped less than ten feet from where he had started. I sat down heavily and tried to catch my breath. I felt the panic drain out of me, and started laughing. Laughing at myself, at the mountains, at the tall grass and the sparkling water. Uncle Money pulled me to my feet and we started walking, walking to a knoll where an elephant had been standing just minutes before, declaring its mastery of the landscape. And having conveyed what it needed to convey, had wandered down the hill for a bath.

We sat and watched the sun go down over the mountains, the lake, the storks, the tall grass and a single elephant, blasting itself with trunk-fulls of water. Then we rolled another spliff and wondered how we were going to get anywhere that might have a hotel. And we laughed.

Kevin Petrie, our erstwhile Mezcal Barman, is currently on leave and traveling about the United States. no doubt Kevin is getting into terrible situations which he will later rend funny for readers of La Cuadra. Come Home!

One Year Ago I Had An Illusion. One Year Ago, This Very Day
By Kara Andrade
Tuesday, August 10th, 2010