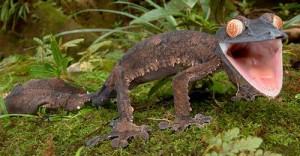 Richard Anthony Smith, 25 years old and completely bonkers, was discovered dangling by a rope inside the main air conditioning duct of the Knoxville Museum of Art by local police, said department spokesman, Darrell DeBusk. Police received a phone call from Mr. Smith once he became trapped in the duct.

Hoisted to the roof and taken to the station, Mr. Smith elaborated on his “mission,” though police became skeptical when he claimed to be a “Special Agent from the United States Illuminati, badge number 0931.” According to Smith, he had been sent by “Director Womack” to “defuse and confiscate” a Russian nuclear warhead, specifically a “MERV6SS-22AN” which was loaded with 14.6 kg of enriched uranium and a plutonium trigger, “capable of delivering a 40 kiloton yield.”  The bomb, Director Womack had assured Agent Smith, was hidden in a blue, plastic cow sculpture stored in the museum’s basement.

However, while descending the air-conditioning shaft, Smith claimed to have received a phone call from the Illuminati who indicated that their information may have been mistaken – and that the bomb might be hidden in a small, plastic cow sculpture in the Memphis Museum. With his mission compromised, and himself quite stuck, Smith decided to call 911.

He currently faces a charge of aggravated burglary.

Four children stole a donations box that had been set out to raise funds for the maintenance of portable toilets on the grounds of the River Place Park in Bethlehem, Pennsylvania. The kids, ranging in age from 9 to 15 years, led police on a footrace towards a nearby wooded area. Three of the young criminals were apprehended but the fourth escaped into the forest where he fell directly into the receiving pit of a latrine that had been dug by the local homeless community.

Timothy Placko of Port St. Lucie, Florida had pulled over on the side of a dark and wooded road when he was approached by police.

The police searched the vehicle and found a blond wig, rope, binoculars, a small machete, several knives, gloves, two bullet casings and a film canister that contained 18 human teeth. On the passenger’s seat was a stack of sonograms that Placko claimed to have downloaded from the internet. He originally told police that he had pulled over to call his girlfriend – but then admitted that his girlfriend had recently broken up with him and he wasn’t trying to call anyone.

He was charged with carrying a concealed weapon.

Federal Judge, Orlando Garcia of San Antonio, Texas, ordered a last minute stay of execution for Jeffrey Wood based on concerns for his sanity. Judge Garcia argued that the evidence of Mr. Wood’s insanity merited a hearing on the issue but state law held that the burden was upon the accused to prove his insanity before the courts would hear a case to determine his sanity.

Under pressure from the Catholic Church, BritishInsurance.com withdrew a policy it had written for three nuns in Inverness, Scotland. The nuns – whose names are being withheld – had each paid £100 annually since the year 2000 to insure against the costs associated with the raising a Christ Child if any of them were to immaculately conceive. The burden of proof that it was a virgin birth was to rest with the women.

Managing Director of BritishInsurance.com, Simon Burgess, said, “The Catholic Church is up in arms at what we’ve been doing. We have withdrawn the coverage as it has been causing a furor.” The payment was set for 1 million pounds.

Chinese zoo keepers have claimed success in breeding giant pandas by showing them images of other pandas having sex. Human beings may be descended from Hobbits. Vampire bat bites may prevent strokes. It is illegal to feed homeless people in Las Vegas. Satanic Leaf-Tailed Geckos like group sex.

All Stories in W.T.F. are researched for at least 7 minutes on line. We encourage you to send submissions, links and photos of your relatives  to: lacuadra.submissions@gmail.com